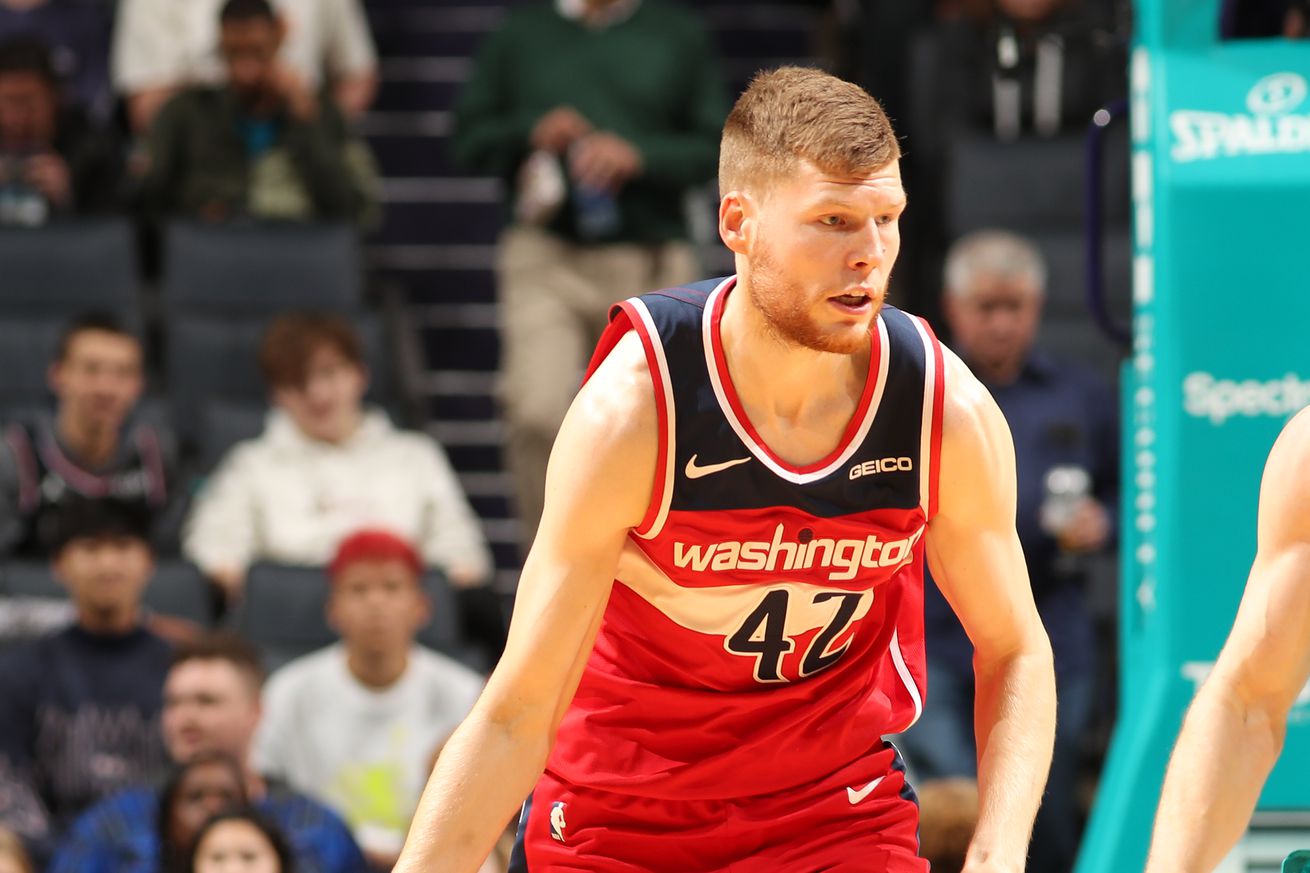 Davis Bertans had a great game once again for the Washington Wizards. | Photo by Brock Williams-Smith/NBAE via Getty Images

Davis Bertans scored 32 points for Washington in their latest loss, this time to a sub-. 500 opponent.

Davis Bertans played off the bench for the Washington Wizards on Tuesday night. He continued to play lights out, scoring 32 points on 11-of-18 shooting, including an 8-of-12 performance from the three-point line. But the Wizards lost to the Charlotte Hornets anyway, 114-107.

Washington started off cold in this game, allowing Charlotte to race to a 15 point lead in the first quarter as they shot 5-of-9 from the three-point line and 10-of-19 overall while Washington’s offense was not in form.

Things evened out in the long run as the Wizards’ offense got hotter while Charlotte fell down to Earth. In fact, this was quite a competitive game, cold start aside.

The Wizards retook the lead in the fourth quarter (after a second 15 point deficit from the second half) when Chris Chiozza drained a three early on.

Ultimately, the Hornets still came back as Devonte’ Graham scored 14 of his 29 points in the last period to lead Charlotte to victory. He scored 29 points overall.

I’m a bit disappointed in this loss. Sure, Washington was on the road and they aren’t expected to be in the playoff pack. But if there’s one thing that the Wizards do well, it’s their offensive production. Unfortunately, they weren’t able to get it together from start to finish, hence the loss.

The Wizards will continue their road trip on Saturday, Dec. 14 when they play the Memphis Grizzlies. Game time is at 8 p.m. ET which you can watch on NBC Sports Washington PLUS.