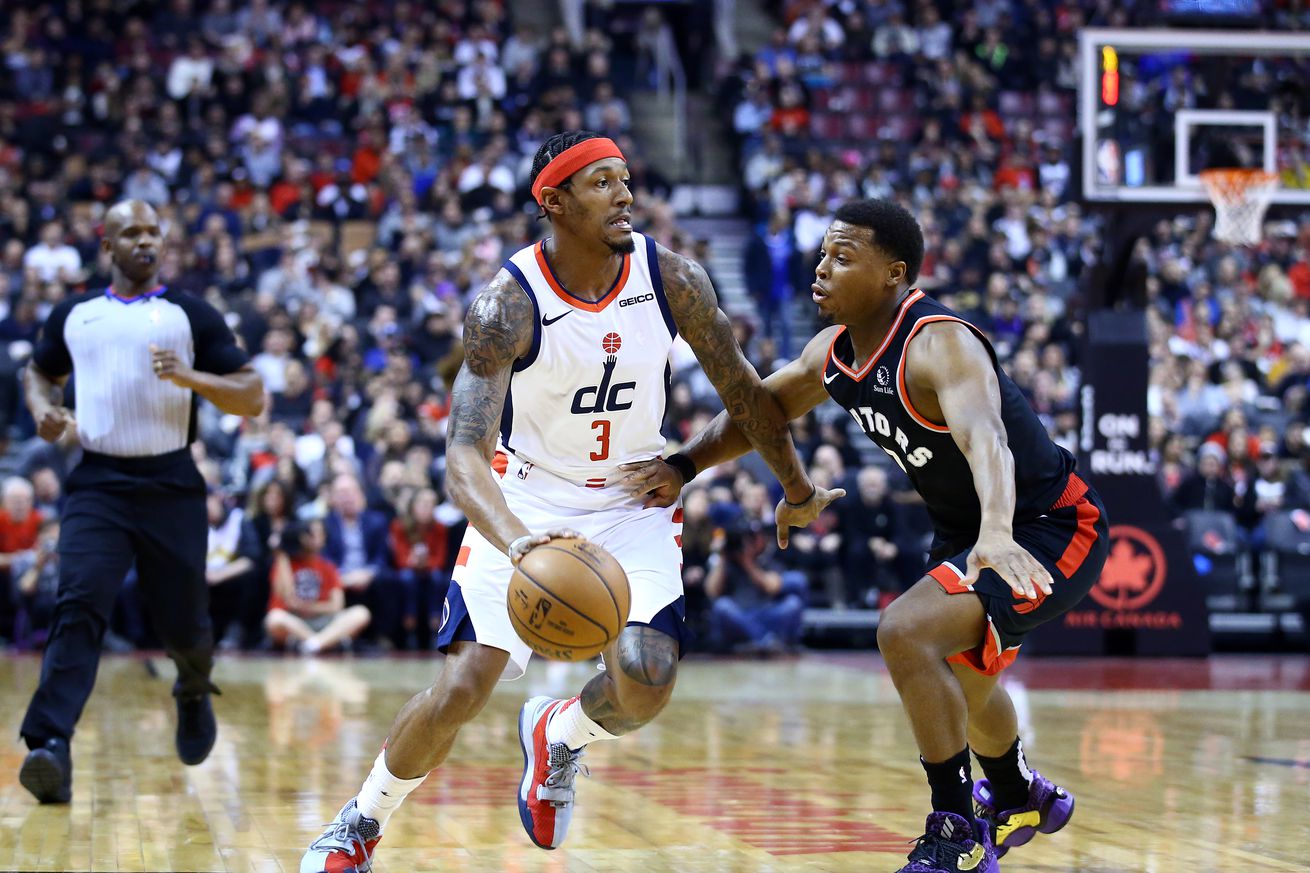 Bradley Beal had another 30 point game, but it wasn’t enough for the Washington Wizards to win. | Photo by Vaughn Ridley/Getty Images

The Washington Wizards made a furious comeback in the final quarter, but it was still too little, too late.

For most of Friday’s Washington Wizards game against the Toronto Raptors, I simply assumed that Washington would lose. The Raptors raced to a 40-23 first quarter lead. The Wizards could never get the deficit down to under double digits through the end of the third quarter.

But Washington pulled through in the fourth quarter. Ish Smith even made a game-tying shot!

Still, this wasn’t enough. The Wizards lost 122-118, even in light of their commendable comeback. Ish Smith scored 26 points and shot 9-of-9 from the field, making franchise history along the way.

If Ish Smith doesn’t miss a shot over the last minute of this game, he’ll be the first guard in franchise history to go 9-for-9 or better in a game. He’s also 4-for-4 from 3 and 4-for-4 from the line.

Davis Bertans had an off-night, shooting 2-of-12 from the three-point line and scoring 10 points overall. Bradley Beal led Washington with 37 points.

For the Raptors, Kyle Lowry scored 26 points and Serge Ibaka had a double-double of 23 points and 10 rebounds.

The Wizards will travel overnight to play the Philadelphia 76ers on Saturday night for their next game. Tipoff is at 7 p.m. ET.