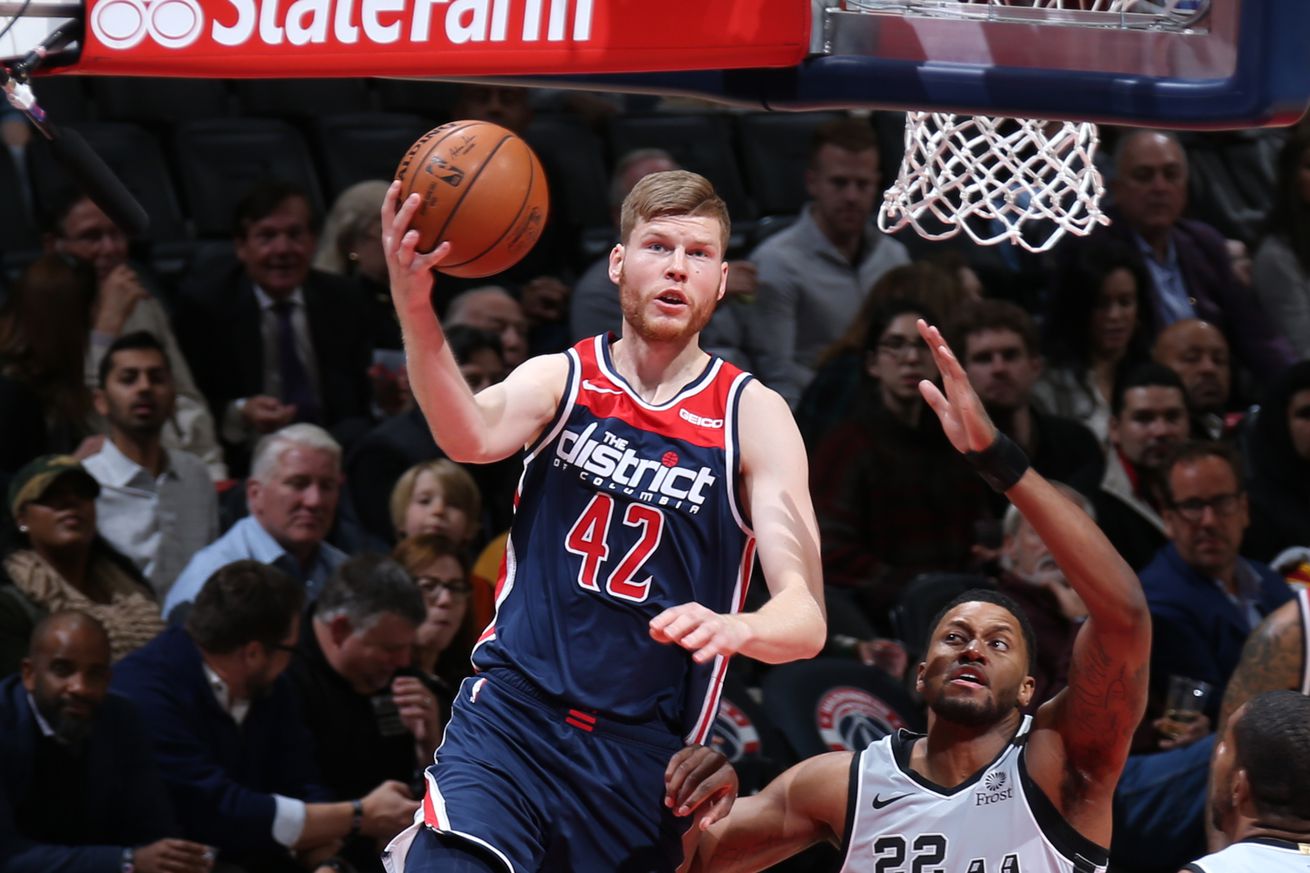 In another high-scoring and entertaining game, the Wizards rode an outstanding performance from backup point guard Ish Smith and contributions from up and down the roster to defeat the reeling San Antonio Spurs 138-132 and run their record to 4-8.

They won’t reclaim their position as the NBA’s best offense because the Dallas Mavericks got to feast on the hapless Golden State Warriors, which has the league’s worst defense. Still, it was an impressive and balanced offensive performance from the Wizards, who had three players score 20 or more points, and had seven players in double figures.

The game featured remarkable shooting from both teams. The Spurs had a scorching hot .591 effective field goal percentage and “won” three of the four factors that decide who wins and loses in the NBA, but lost the game because the Wizards shot a preposterous .685 from the floor.

This kind of shooting has happened just three other times so far this season, and one of those other three was done by the Wizards.

Davis Bertans reportedly wanted to play well against his old team, and he surely made them regret giving him away in the offseason. Bertans lit up San Antonio with 21 points on 11 shots, and added five rebounds and four assists.

Bradley Beal led the Wizards with 33 points, although his overall game wasn’t spectacular — four rebounds, four assists, foul turnovers and four fouls in 38 minutes. Still, he made a big impact with a sustained scoring outburst in the third quarter.

Smith had his best game of the season, and one of the best of his career, pouring in 21 points in just 24 minutes. Despite atrocious long-range shooting form, Smith knocked down 3-4 from three-point range.

The Spurs got solid performances across the roster and had eight players in double figures, but couldn’t overcome the Wizards’ shot making and long-range accuracy (18-30 from three-point range).

The Wizards are in a relatively soft portion of their schedule. According my prediction model, Washington was favored to beat the Spurs, and they’ll be favored in each of the next two games.

Next up: the Charlotte Hornets come to Capital One Arena on Friday.

In his 2004 book, Basketball On Paper, now-Wizards assistant coach Dean Oliver formalized the four factors (offensive and defensive) that cause teams to win and lose basketball games. The factors:

Player Production Average (PPA) is an overall production metric I developed that credits players for things that help a team win and debits them for things that hurt the cause — each in proper proportion to how much it contributes to winning and losing. Read more here.

Scoreboard Impact Rating (SIR) translates production into points on the scoreboard in this game.