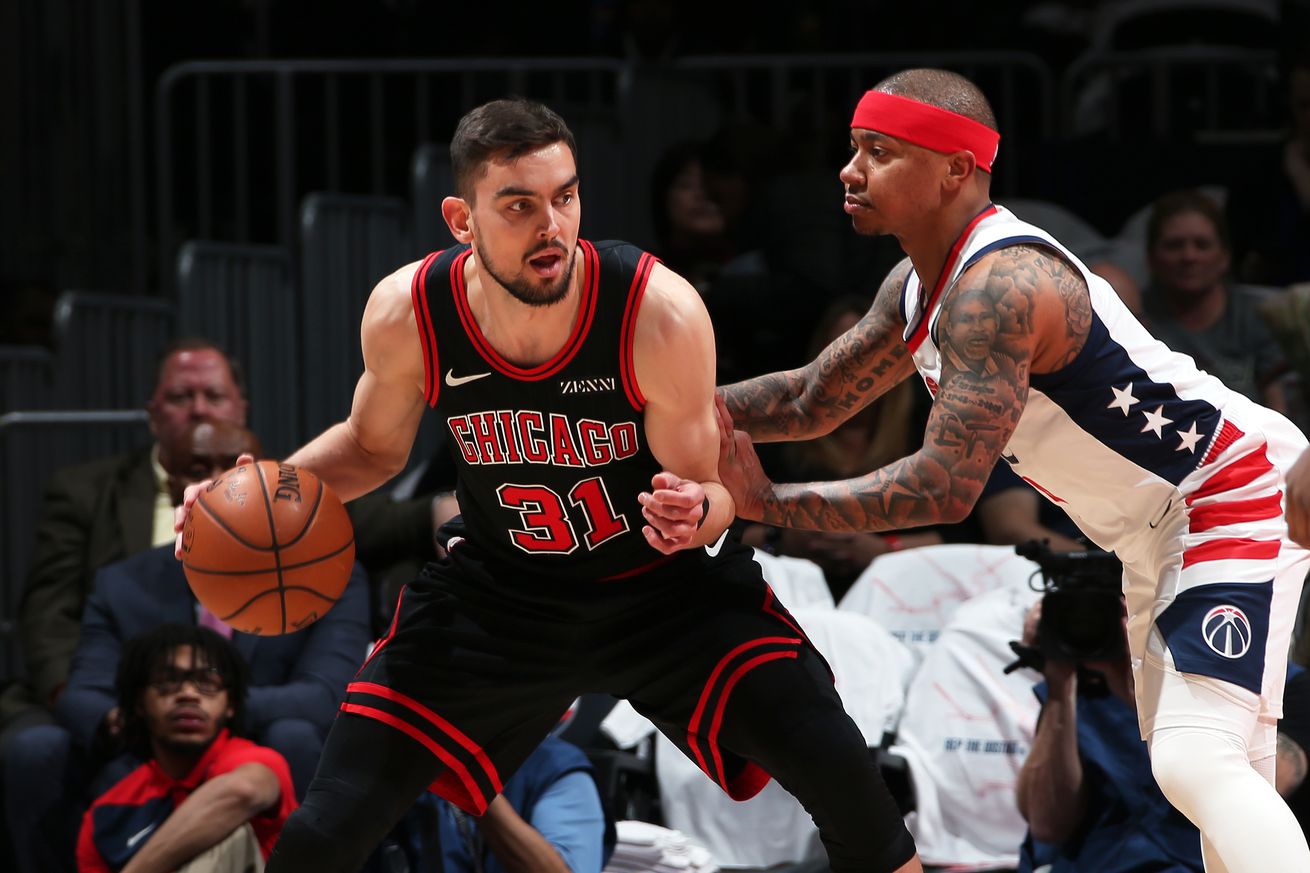 Tomas Satoransky got his revenge game on the Washington Wizards in the Chicago Bulls’ 110-109 win on Wednesday. | Photo by Ned Dishman/NBAE via Getty Images

The Washington Wizards allowed the Chicago Bulls to make a furious comeback in the fourth quarter and lost a double digit lead. Ultimately, that led to their demise in extra time.

I really hoped that the Washington Wizards would win tonight against the Chicago Bulls. Both teams are among the worst in the Eastern Conference. And somewhere deep inside, Washington wanted to show that they were right to allow Tomas Satoransky to walk off to the Chicago Bulls last summer.

Yes, I’ll admit that I was in “Tomas Satoransky” appreciation mode, win or lose. Scott Brooks may have done him “dirty” according to some Wizards fans. but he still signed autographs for fans anyway.

That still doesn’t mean that I wanted the Bulls to win. Then again, considering how the Wizards lost tonight, I’m happy that Satoransky did well. The now Bulls point guard had a strong game overall, scoring 17 points on 7-of-11 shooting and dishing 6 assists. He orchestrated a good offense even with the Wizards putting out one of their best defensive performances all season, holding the Bulls to just 40.2 percent shooting. Still, Washington

The first half of the game was quite ho-hum, though. Both teams struggled to get on a sustained run on offense but the Wizards went into halftime with a 58-52 lead.

That said, Davis Bertans scored 21 of his 29 points in the first half, and continued doing what sharpshooters do.

Still, even with the Wizards ultimately getting a double digit lead over the Bulls in the fourth quarter, Chicago still managed to come back. Big time.

They went on a 12-0 run in the closing minutes of the fourth quarter to tie the game with just over five seconds left after Bertans fouled Zach LaVine on a three-point shot attempt.

Ultimately, Beal had the ball in his hands for the last shot and made the go-ahead bucket

But still, LaVine managed to get fouled in that last half-second. This time, Issac Bonga got him in an inbounds pass. LaVine made the shot and we got into overtime.

In overtime, the Bulls ultimately pulled through for the win. And who scored the first go-ahead basket for Chicago?

In … “So-Wizards” fashion, it was Tomas Satoransky. Yeah, Wendell Carter Jr. scored the “official” game-winner with 9 seconds left, but hey, I’m looking for a narrative.

WCJ REVERSE LAYUP FOR THE LEAD WITH 9.1 SECONDS LEFT! pic.twitter.com/qiChtSK1N8

Satoransky wanted to get even against the Wizards, and he had a strong game to lead his team to a victory, even in an otherwise rough season for Chicago.

For the Bulls, Lauri Markannen led their scorers with 31 points and LaVine added 24 points, 11 off of free throws. For the Wizards, Bradley Beal added 22 points and Isaiah Thomas scored 16 more.

The Wizards are off until Friday, Dec. 20 when they start a four-game road trip against the Toronto Raptors. Tipoff is at 7:30 p.m. ET.