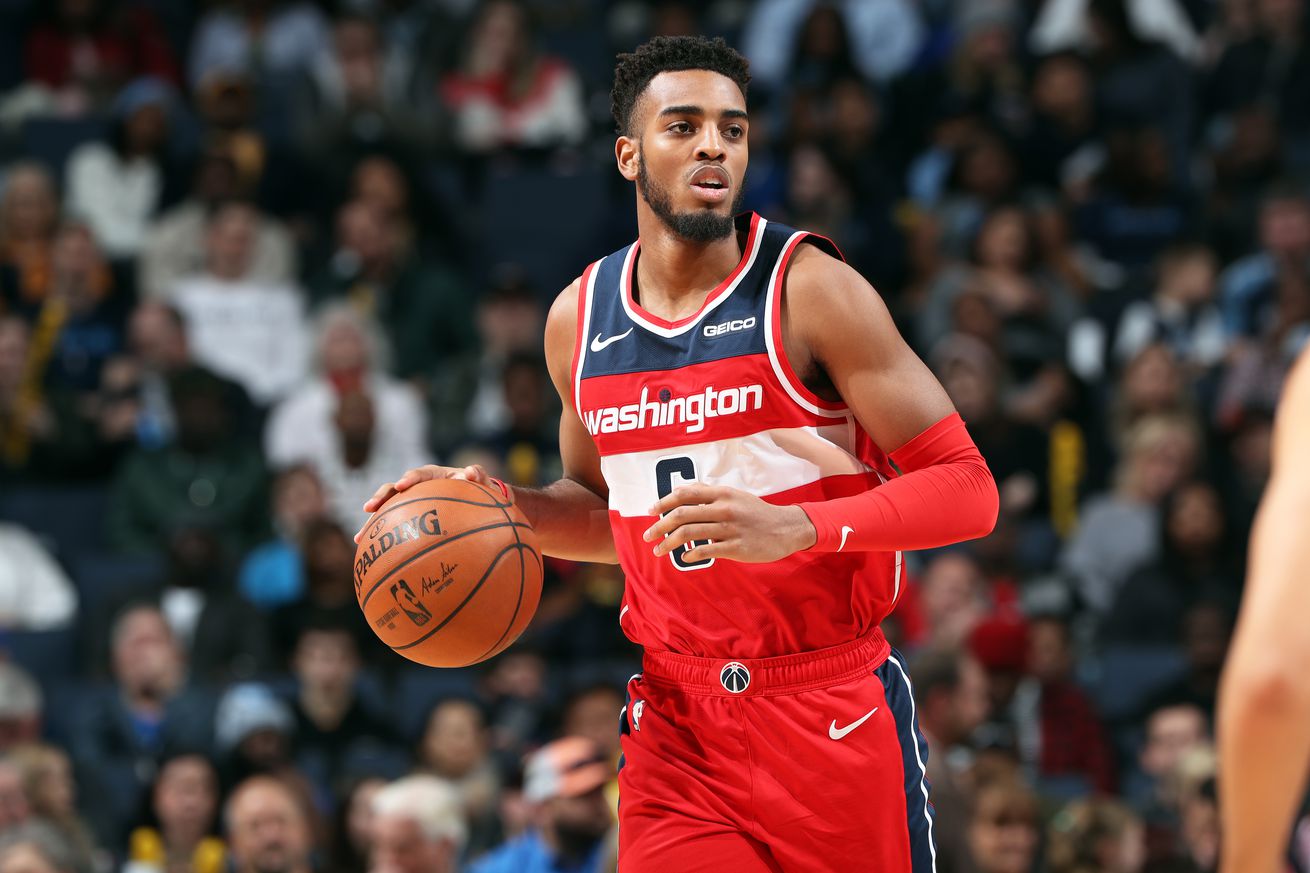 Second-year player Troy Brown Jr. had another good game in a losing cause for the Wizards. | Photo by Joe Murphy/NBAE via Getty Images

Washington has 7 of their last 8

The Washington Wizards were whomped 128-111 by a bad Grizzlies team to drop their record to 9-17. With a front court depleted by injuries to Thomas Bryant and Moe Wagner, the Wizards have lost four in a row and seven of their last eight.

It’s Washington’s longest losing streak of the season, and the primary culprit was once again their defense. The Grizzlies entered the contest scoring just 104.8 points per 100 possessions — the league’s fifth worst mark. Against the Wizards, they poured in 128 points and posted an offensive rating of 124.

For the Wizards, it’s the 18th consecutive game they’ve allowed opponents to score 110 or more points. Before injuries sidelined Bryant and Isaiah Thomas, it was reasonable to think they were primary culprits in the team’s feeble defense. As they’ve shown in recent weeks, their defensive problems run much deeper.

Washington opened the game with an interesting offensive wrinkle. In recent weeks, teams have been double-teaming Bradley Beal when he holds the ball in the half-court, and blitzing him (aggressive trapping) in pick-and-roll sets. The Wizards countered by running Beal off screens for catch-and-shoot attempts, which didn’t give defenders enough time to double.

The sets got him a pair of first quarter threes, but his shooting faded from there. The shooting guard finished with 29 points on just 8-23 shooting. While his overall performance wasn’t up to his near-All-NBA level of last season, it was a decent outing for Beal, and a marked improvement from his previous three games.

Davis Bertans, who’d been wrecking opponents from three-point range this season, had an off night with 9 points on 2-9 shooting, including 1-6 from long distance.

As is normal for opposing teams against the Wizards, the Grizzlies got excellent performances from several players. They were led by Dillon Brooks (27 points on 10-17 shooting), Rui Hachimura’s former Gonzaga teammate Brandon Clarke (25 points on 11-14 shooting).

They were joined in tormenting Washington by Solomon Hill (4-4 from three, as well as 3 rebounds and 3 assists in just 11 minutes), Tyus Jones (9 points and 9 assists), Ja Morant (18 points, 4 rebounds, 5 assists, 2 steals and a block), and Jaren Jackson (16 points on just 10 field goal attempts).

As a team, Memphis had an effective field goal percentage of .637 — the second highest mark allowed by the Wizards this season. It’s fifth time this year Washington has allowed an opponent eFG of .600 or better.

In his book, Basketball On Paper, Wizards assistant coach Dean Oliver formalized the four factors (offense and defense) that determine who wins and loses in basketball. The factors:

In the NBA, the team that shoots best from the floor usually wins. The Wizards were close in three categories, but allowed Memphis their best shooting night of the season.

Player Production Average is an overall rating metric I developed that credits players for things that help their team and debits them for things that don’t. PPA is pace neutral, accounts for defense. In PPA, 100 is average and higher is better.

Scoreboard Impact Rating translates individual production into points on the scoreboard in this game.