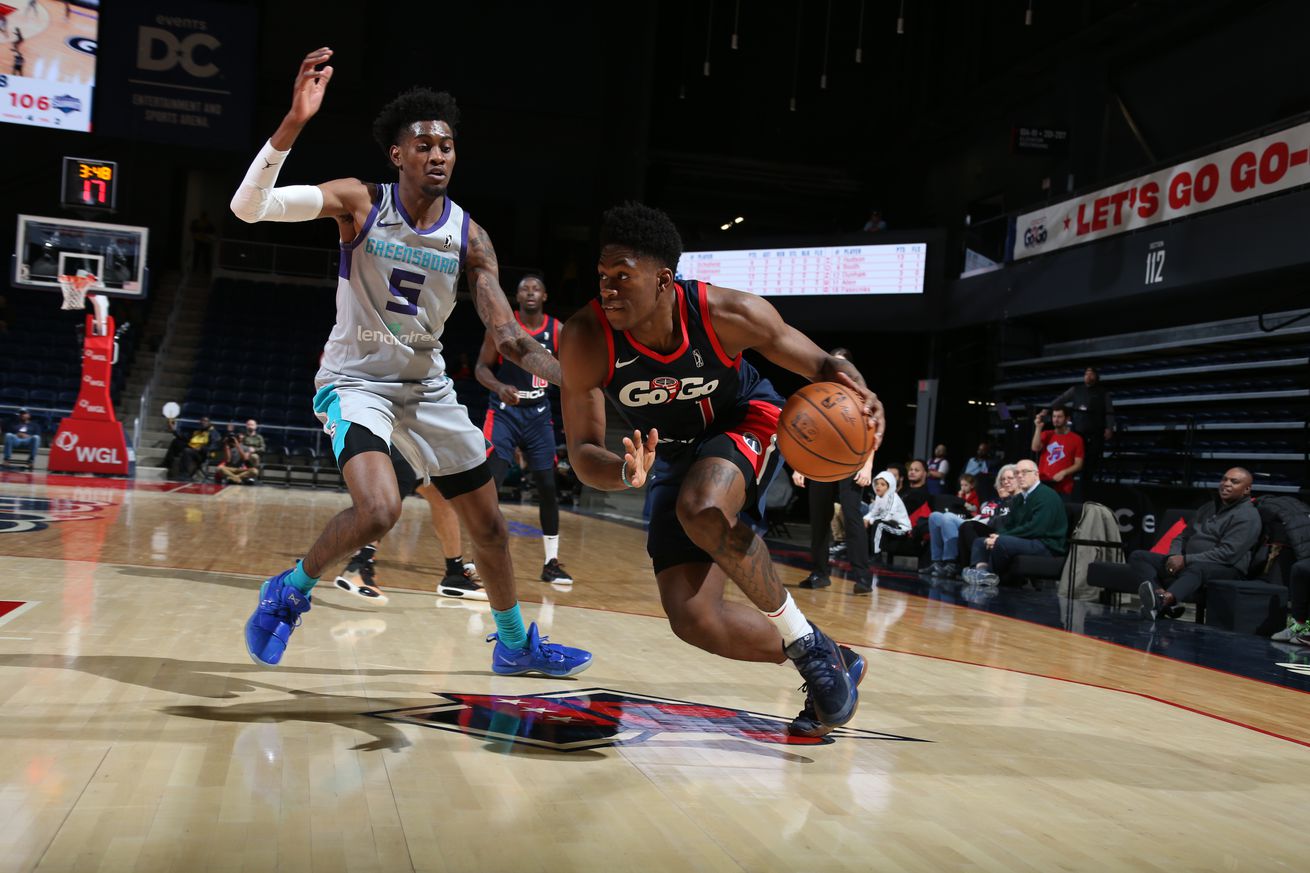 Admiral Schofield is going back to the Capital City Go-Go along with Justin Robinson. | Photo by Stephen Gosling/NBAE via Getty Images

The two reserves haven’t played much for the Wizards, so it makes sense to have them get more playing time with the G-League affiliate.

On Wednesday, the Washington Wizards announced that Admiral Schofield and Justin Robinson have been assigned to the Capital City Go-Go G-League affiliate. Since both players are not playing much on the NBA team, it makes sense to have them play for Capital City where they can get more playing time. The Go-Go is currently 6-6.

Schofield is averaging 2.2 points per game for the Wizards and hasn’t scored since a 15-point performance against the Timberwolves on Nov. 2. He has played very sparingly in the last month, but is also averaging 15.5 points and 5.5 rebounds for the Go-Go.

Robinson has played five games so far in the 2019-20 NBA season, averaging 1.0 points per game. He however has spent most of his time with Capital City, where he is averaging 15.6 points and 4.7 assists per game in 11 games.