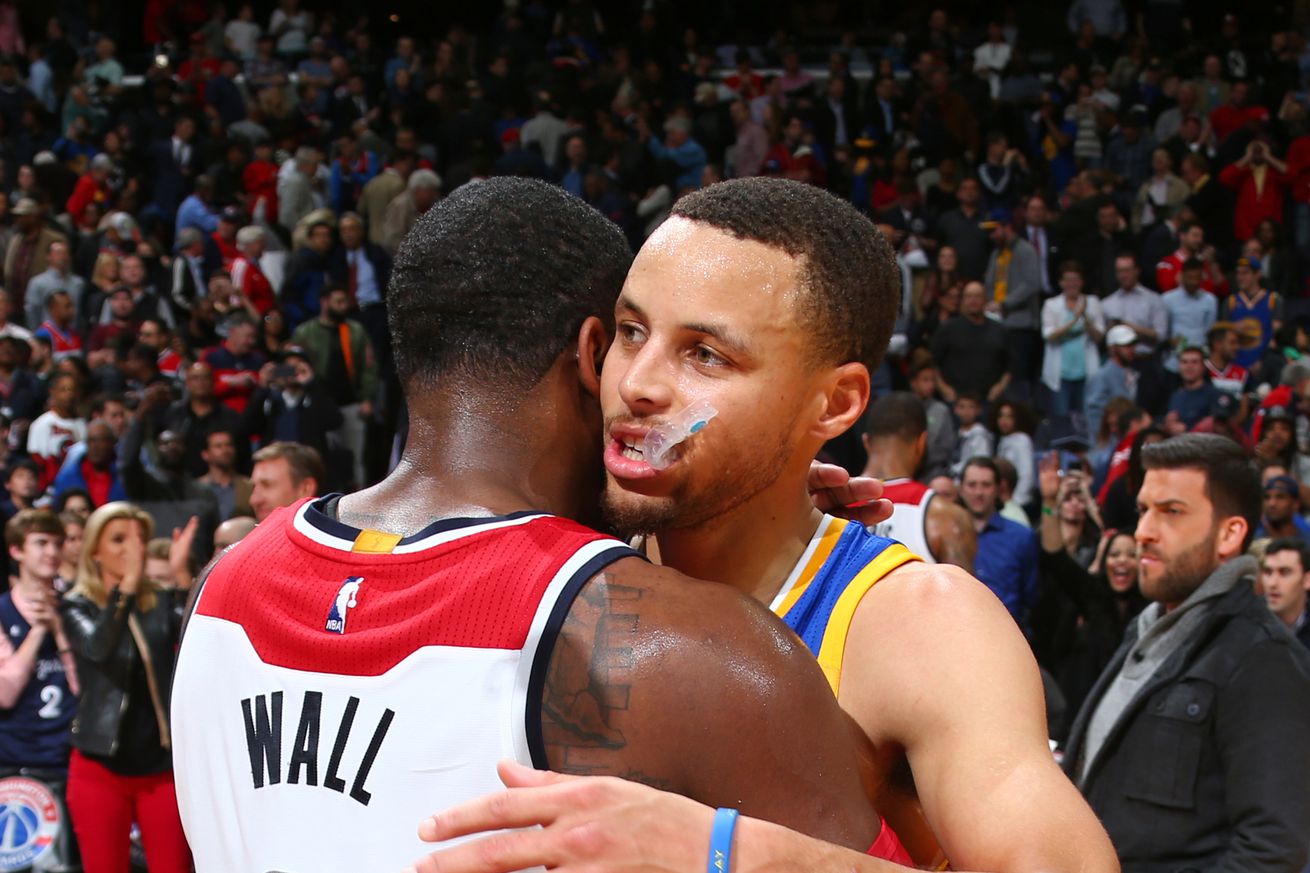 We have your backs, California. | Photo by Ned Dishman/NBAE via Getty Images

Our blogs have a statement on recent news regarding a change at California-team sites and contributors from the Golden State.

As you may be aware, Vox Media, SB Nation’s parent company will change the way it runs SB Nation’s California-team sites and California-based writers.

In 2020, the company will move to an employee-based model from its current contractor model with California team sites due to changes in state law, namely AB5, a law that has stricter definitions for independent contractors, especially within the rideshare (Uber/Lyft) industry. While some people will be (or even have) been hired to run these sites in the future, most other writers will be let go over the next three months.

The news came out last Monday and it was shocking. Some writers, including Golden State of Mind’s Nate Parham, whom I consider a mentor, were among the affected.

So you know, Bullets Forever is not affected by the changes today. None of the writers or I live in California, so all of our paid writers remain independent contractors. Volunteer contributors only write when they wish to do so. We will continue to give you the Wizards and Mystics coverage you come to love and expect.

However, that doesn’t mean a similar move won’t happen here in the future. Though I have enjoyed moving up from commenter to writer, and eventually the site manager over the past decade (yes, I’ve been here nearly 10 years!), I understand that nothing lasts forever. I don’t intend to resign, especially after being on this site and Swish Appeal for a very long time. That said, I also feel that all contributors deserve a fair say in what happens to us going forward.

To that end, other site managers on the SB Nation NBA network and I have a joint statement to make on this week’s events, which is below. Thank you.

We are the bloggers. SB Nation calls us “Community Insiders.” Deadspin has referred to us as an “Army of Exploited Workers.” We call ourselves fans.

For almost 15 years, team site bloggers have been the passionate heartbeat of SB Nation. That heart skipped a beat when most of us learned along with the general public that Vox Media/SB Nation planned to terminate their independent contractor agreements with bloggers who live in California or work for California-based team sites.

These are our friends, colleagues, and peers. We are heartbroken that many of them will not be able to continue doing something they love because of this decision. While we acknowledge SB Nation was forced to make changes due to the recent passage of AB5 in California, which defines and limits the nature of independent contractor arrangements, we are deeply disappointed in how they chose to move forward and how they chose to announce these decisions.

These hard-working bloggers were not informed of their imminent termination prior to SB Nation’s public announcement on Monday, December 16. This, despite numerous efforts by SB Nation bloggers to discuss a path forward months ago when AB5 was passed. That is shameful–we should have been told of the planned changes months ago, ahead of the general public, and given a voice in how to best help our communities with these transitions.

We have built SB Nation through a late night recap after a game that goes into 2OT on the West Coast, by interacting with our fans through social media, comments, and watch parties, and by providing amazing journalism well above our pay grade. We are also your friends at work in the cubicle next to you reporting on breaking news on our lunch break, your classmate cramming for the test while also moderating a comment section, and the fan sitting next to you in the nosebleeds while providing in game updates.

We also build and curate communities which serve as vital online “homes” for so many sports fans. Our network not only stands to lose an immense amount of talented writers, creators, and managers, but vast reservoirs of institutional knowledge and the trust of our community members that can’t be replaced with just any employee. All of that work for limited compensation has generated huge value for SB Nation and its parent, Vox Media.

And make no mistake, there are alternatives. SB Nation could have offered full or part time employment to their current California site managers, while maintaining the independent contractor model for contributors on a lesser scale. The law permits this, but SB Nation decided, without consultation, to instead terminate all independent contractor contracts and with that, so many fantastic team sites with their own voice and loyal followings.

California bloggers and team brands deserve a lot more than a pat on the head and the opportunity to battle it out for a handful of jobs. The rest of us deserve the assurance that we won’t be the next ones to learn from a tweet that our contracts have been terminated.

We call on SB Nation to open an honest dialogue with us and our communities about these changes, and to give us a greater voice in any future decisions affecting the heart of our work and communities. We deserve at least that, and frankly we deserve a lot more.