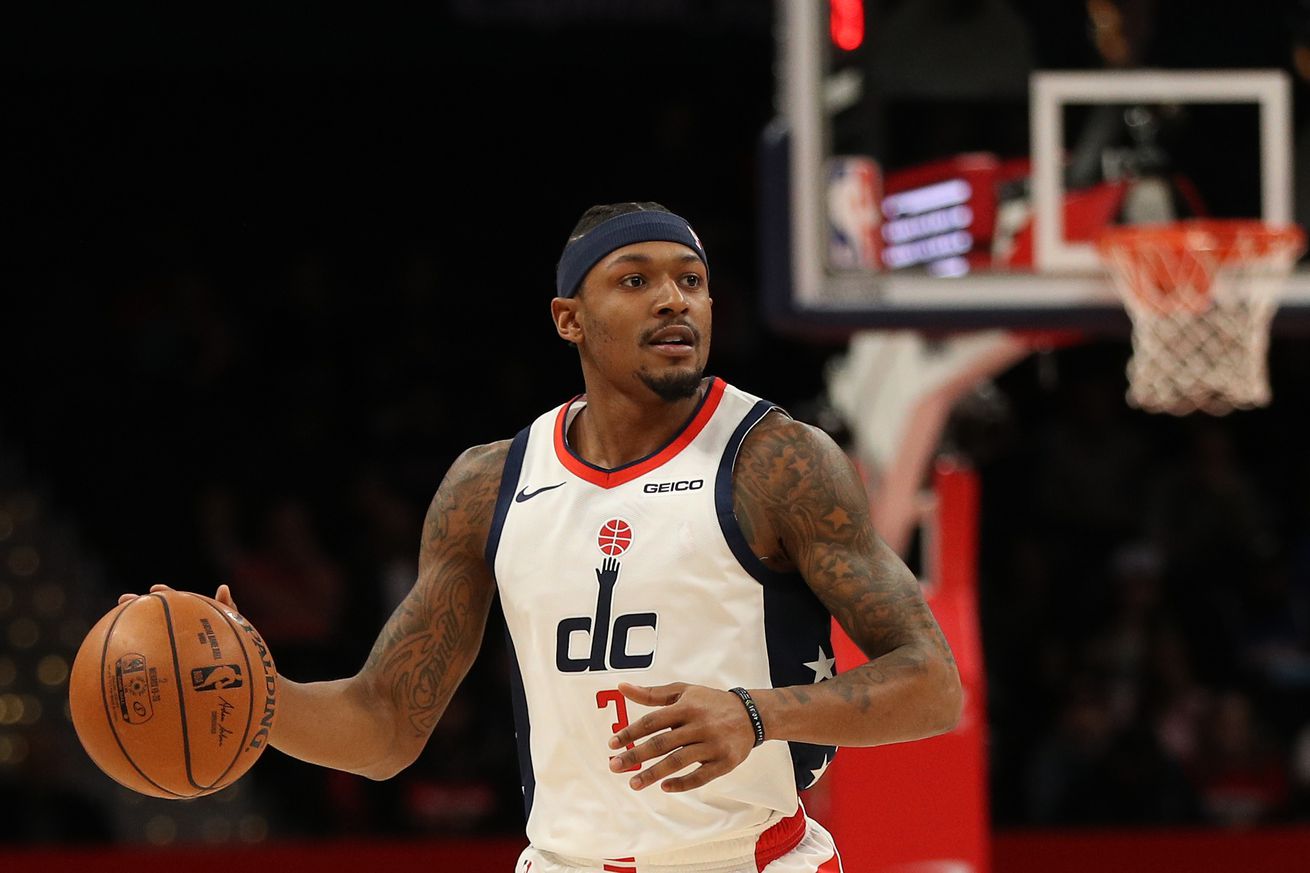 Bradley Beal is continuing to play at a high level, but fans aren’t quick to see the Washington Wizards on the court. For now. | Photo by Patrick Smith/Getty Images

The environment around the Washington Wizards is positive and the outlook is bright. But fans aren’t coming to the arena en masse to see Bradley Beal and Co. play and it’s worse.

A lot of the talk around the Washington Wizards on this site and elsewhere has been quite positive, at least on the team itself. There are many up-and-coming young players on the team like Rui Hachimura and Moritz Wagner, Bradley Beal is continuing to play at an All-NBA level and their offense is among the best in the NBA.

However, they also have the NBA’s worst defense and the second-worst home attendance rate in the league.

Like Washington’s declining local television ratings, attendance is down because they are losing and John Wall is likely missing the entire season. Also, the sustained success of the Washington Capitals NHL team makes causal sports fans more eager to buy tickets for the other Monumental Sports team playing during the winter.

Because of the Wizards’ perennially poor-to-mediocre performances over the past few decades, there isn’t much fan goodwill.

There are also some people who may wonder why Hachimura’s addition as the NBA’s first Japanese-born first round draft pick had no positive effect on attendance. The answer is two-fold.

First, Hachimura’s addition as a marketing piece resonates more in Japan than the D.C. area. And even within the United States, Gonzaga, Hachimura’s college, is in Spokane, Wash., the other side of the country. The Wizards aren’t going to have thousands of Japanese and/or Gonzaga alumni coming every home game for him.

Second, the Washington area does not have a large Japanese American community. The largest ones are in Hawaii and the west coast. Also, a 2012 Pew Research Center study found that Japanese Americans are mostly American-born and have a lower attachment to Japan than other Asian American groups do.

Ultimately, the Wizards must improve their attendance short and long term. While winning games is important, we also need to go to the arena and watch games if and when we can. That’s one New Year’s Resolution that I think the DMV should rally around.