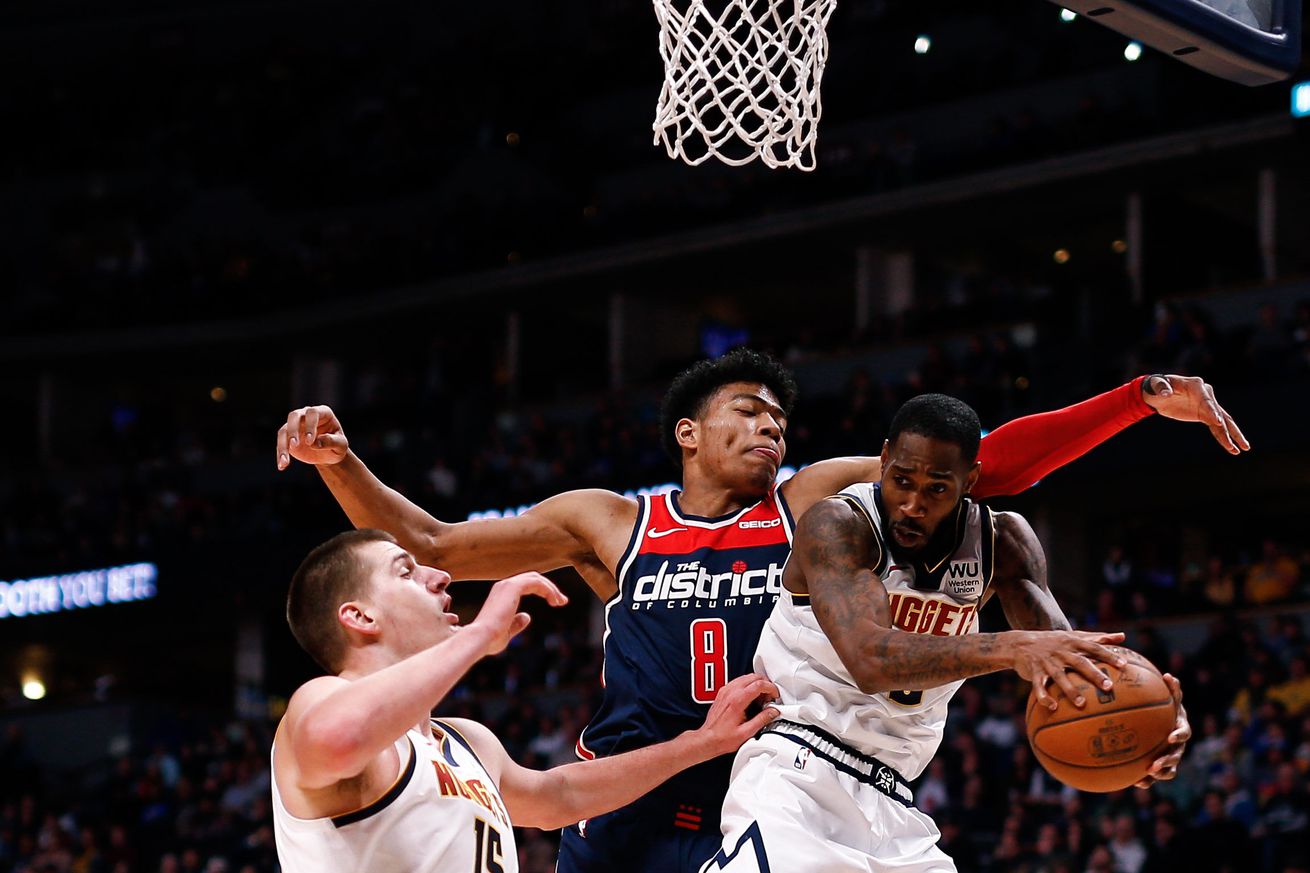 As one of the league’s worst rebounding teams, that’s going to cost the Wizards more games than just last night.

The Washington Wizards lost 114-107 to the Denver Nuggets on Tuesday night. Let’s take a quick look at what we can learn from the main numbers behind last night’s loss. Check out last night’s highlights in the video above.

The Wizards lost to the Nuggets partly because of low rebounding numbers. When the opponent has 22 more rebounds in a game it’s not a recipe for success, especially when Washington otherwise took good care of the basketball. They committed only 12 turnovers for the game while the Nuggets had 20. If the Wizards were better able to rebound the basketball, they could have had a better chance of winning, even though they shot just 42.1 percent from the field. Denver made 52.2 percent of their shots.

Nuggets center Nikola Jokic grabbed 20 rebounds in just three quarters of game action, but he wasn’t the only player who came up big against the Wizards. Mason Plumlee and Will Barton grabbed eight rebounds each in Denver’s win. For Washington, Thomas Bryant was the only player who had more than five last night, and he managed just eight.

Rebounding has been a concern all season long

The Wizards’ rebounding woes aren’t just limited to this game. They are one of the worst teams in the league at rebounding overall. Washington is just 26th in the NBA in defensive rebounding percentage (74.8 percent), which opens up more opportunities for opponents to score.

To put these things into simpler numbers, the Wizards have been outrebound by 4.2 boards per game, third worst in the NBA. The only two teams with worse differentials are the Chicago Bulls and Charlotte Hornets. Like the Wizards, they are in the bottom half of the Eastern Conference.