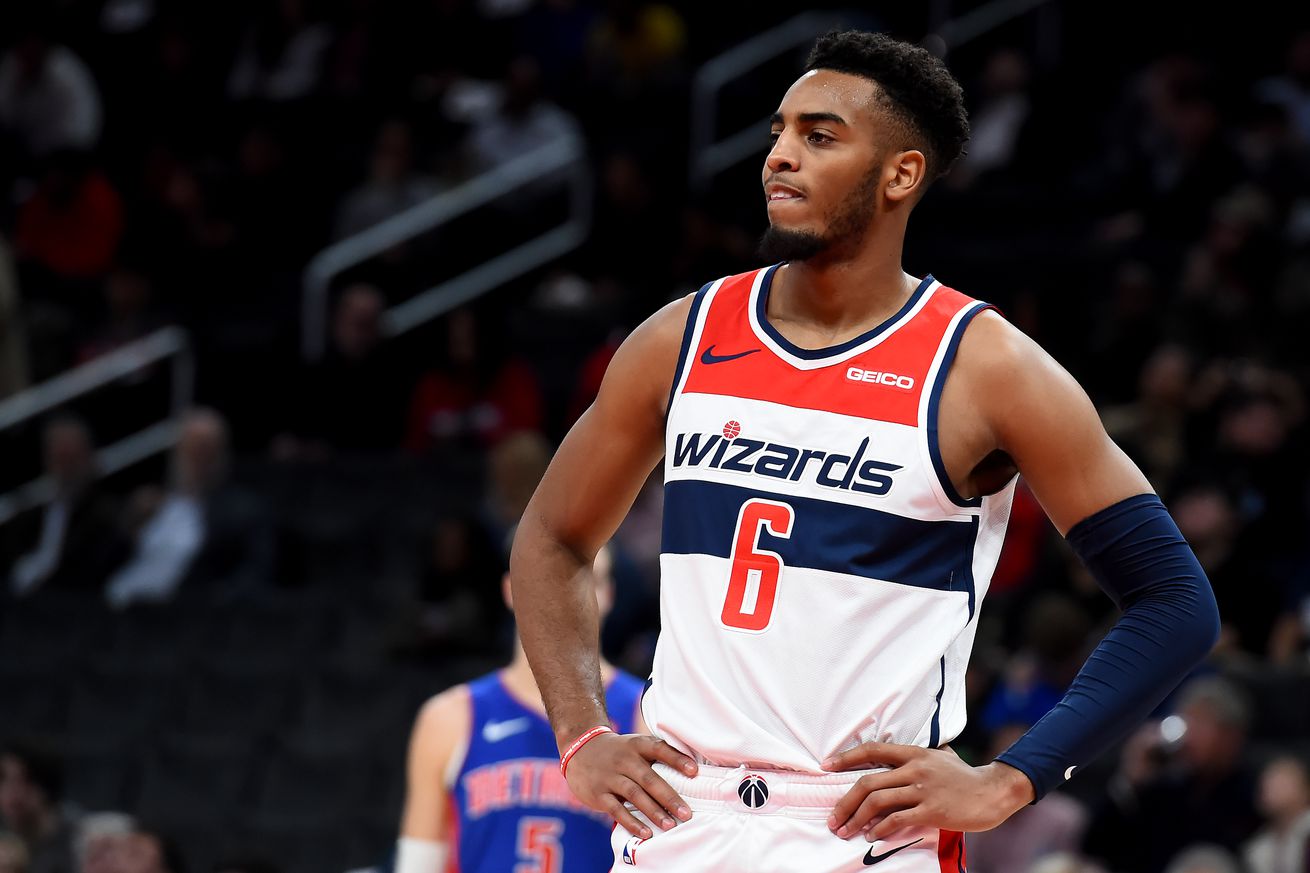 Washington drafted Brown for his versatility — so they should let him use it.

Tomas Satoransky welcomed a trade out of Washington. After playing point guard for years overseas, including his time with FC Barcelona, Scott Brooks and Co. insisted on using him as a combo guard/forward. He shared the court with John Wall and Bradley Beal, but rarely had the ball in his hands until Wall got hurt and Brooks had no choice but to play Satoransky at his position.

The frustration grew on both sides — and rightfully so.

Washington is having a bit of a déjà vu moment with another young versatile player — Troy Brown Jr.

Brown, who the Wizards drafted 15th overall for his ability to play multiple positions, was a primary ballhandler at Oregon. Washington became more sold on Brown as a prospect after he drew up a play for them during the interview process. He’s a point guard — at least in the traditional sense — someone who plays better when he’s running and offense than when he’s dependent upon another to get him the ball.

But like they did with Satoransky, the Wizards seem hellbent on slotting Brown next to other ball-dominant guards. And his numbers have taken a hit.

After a successful G-League stint, the 20-year-old was expected to contribute this season as a starter, yet he’s struggled to find his rhythm — mostly because he’s playing out of position.

In the G-League, much like in college, Brown was asked to be the lead creator — bring the ball up the floor and set up the offense. At 6-7, Brown can comfortably score over smaller defenders, which most point guards tend to be. He averaged 17 points in the G-League on an efficient 49 percent shooting from the field.

But now, as the Wizards’ starting small forward, he’s averaged just below 7 points on 43 percent shooting. Of course, some of this is attributed to the talent disparity between the G-League and NBA, but the change in roles plays a significant factor, too.

Every second of the 274 minutes Brown has played this season has been shared with either Ish Smith and Isaiah Thomas — two point guards who largely need the ball in their hands to be effective. More than half of Brown’s minutes played have been with Bradley Beal — the team’s first, second and third option.

Given how poorly the Wizards’ defense has been this season — some of which could be attributed to Thomas’ presence on the floor — making the switch and slotting Brown at the point guard seems to make sense. That doesn’t mean Brown should be yanked out of the starting lineup — but simply stunting his minutes to allow for him to be a lead ballhandler with the bench could do the trick.

For Brown to get out of his funk, he needs to be put in a position to succeed. After all, the Wizards are dedicating this season to developing their young players.

Brown was taken as the 15th pick for a reason — because he has the potential to be a building block for the future. He’s shown flashes of being a creative, versatile player, but it’s practically impossible to play productive basketball consistently when he’s being utilized like a player that he’s not — a 3-and-D, cutting wing in the mold of an Otto Porter.

A young player’s confidence can be fragile. Setting him up in awkward catch-and-shoot situations does nothing positive for Brown or the Wizards.

Despite the unrecognizable roster, coaching changes and front office overhaul, the Wizards have managed to remain in the playoff picture. Brown should be a contributing piece — and if he’s going to turn his season around, it will be on the Wizards’ coaching staff to recognize the good in Brown’s game — his ball handling and creativity, the reason he was drafted in the first place — and take advantage of his unique skill set.