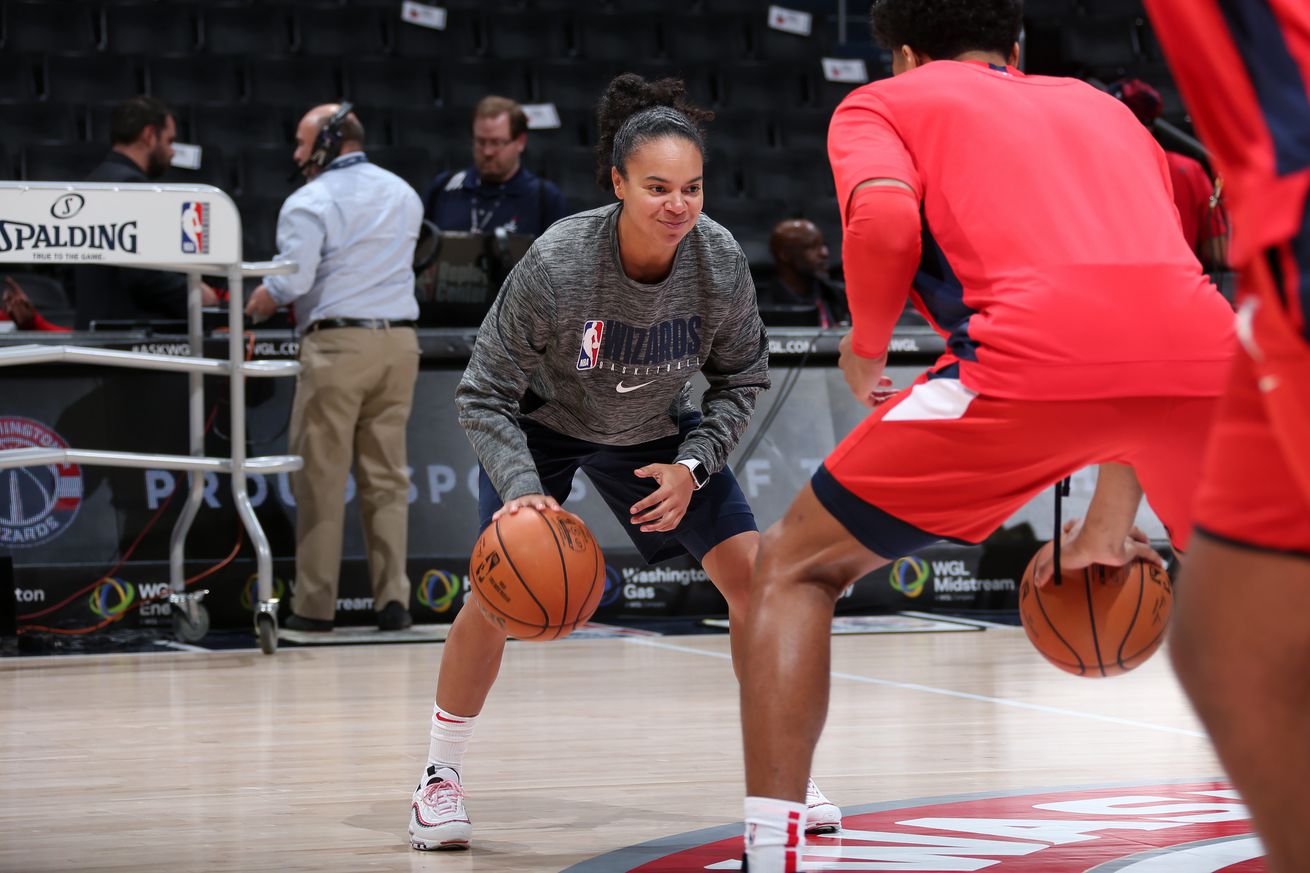 A lot of things aren’t going right on the surface. But the Wizards assistant coach has a deeper understanding of what’s going on than we do.

The Washington Wizards have lost five of their last six games. Attendance and TV ratings are down. Even Troy Brown’s role has been see-sawing in a year when he needs one that is more consistent. These things make it seem like the Wizards are a team in total dysfunction, not unlike the New York Knicks, who fired head coach David Fizdale last Friday.

But often times, things are improving below the surface. And let Wizards assistant coach Kristi Toliver tell you why.

Toliver has played for multiple teams and seen the Mystics make the jump from developing team to a championship winner folks.

Hopefully the Wizards can improve dramatically over the long run as well. pic.twitter.com/IXAgXuyQvu

Last night, the Wizards lost to the Clippers 135-119 at home. On the surface, this was yet another blowout where Washington would let a deeper team walk over them in their own house.

Yes, the Wizards allowed the Clippers to lead by nearly 20 points time and time again. However, they also made several runs to keep Los Angeles on their toes, even leading by as many as four points in the second quarter.

Toliver can definitely see things from a coach’s eyes because she is running player workouts, seeing young players like Brown, Rui Hachimura and Moritz Wagner improve each and every game. But she’s still an active player as the Washington Mystics’ starting point guard.

As a player, Toliver joined a Mystics team in 2017 that was coming off a 13-21 season (and a protracted rebuild) the season prior to her arrival. Since coming to D.C., Washington has averaged 22 wins per season (out of 34 regular season games), three consecutive shadow Eastern Conference champions and the 2019 WNBA championship.

Though Toliver is loved by the Mystics’ fanbase, she spent her rookie season with a fledgling Chicago Sky team with a young Sylvia Fowles in 2019. For various reasons, the Sky didn’t make the playoffs that season and didn’t advance to the postseason until 2013.

After her one-year stint with the Sky, Toliver played seven seasons for the Los Angeles Sparks from 2010-16 where she grew from a sixth woman to a starting role. She was also part of their championship-winning team in 2016.

Though the Sparks were often championship contenders, Toliver was also part of four L.A. teams that had sub-500 records, including a 13-21 team in 2010 and a 14-20 team in 2015. In other words, she’s been part of all the ups and downs of team growth as a player, which often start in practice and workouts that fans don’t see every day.

I get that the weather outside in D.C. is crappy and sometimes, it’s hard to watch Wizards loss after Wizards loss. But this team is growing and Coach Toliver’s message probably draws from both her experiences with the current squad as a coach and with past teams as a player.