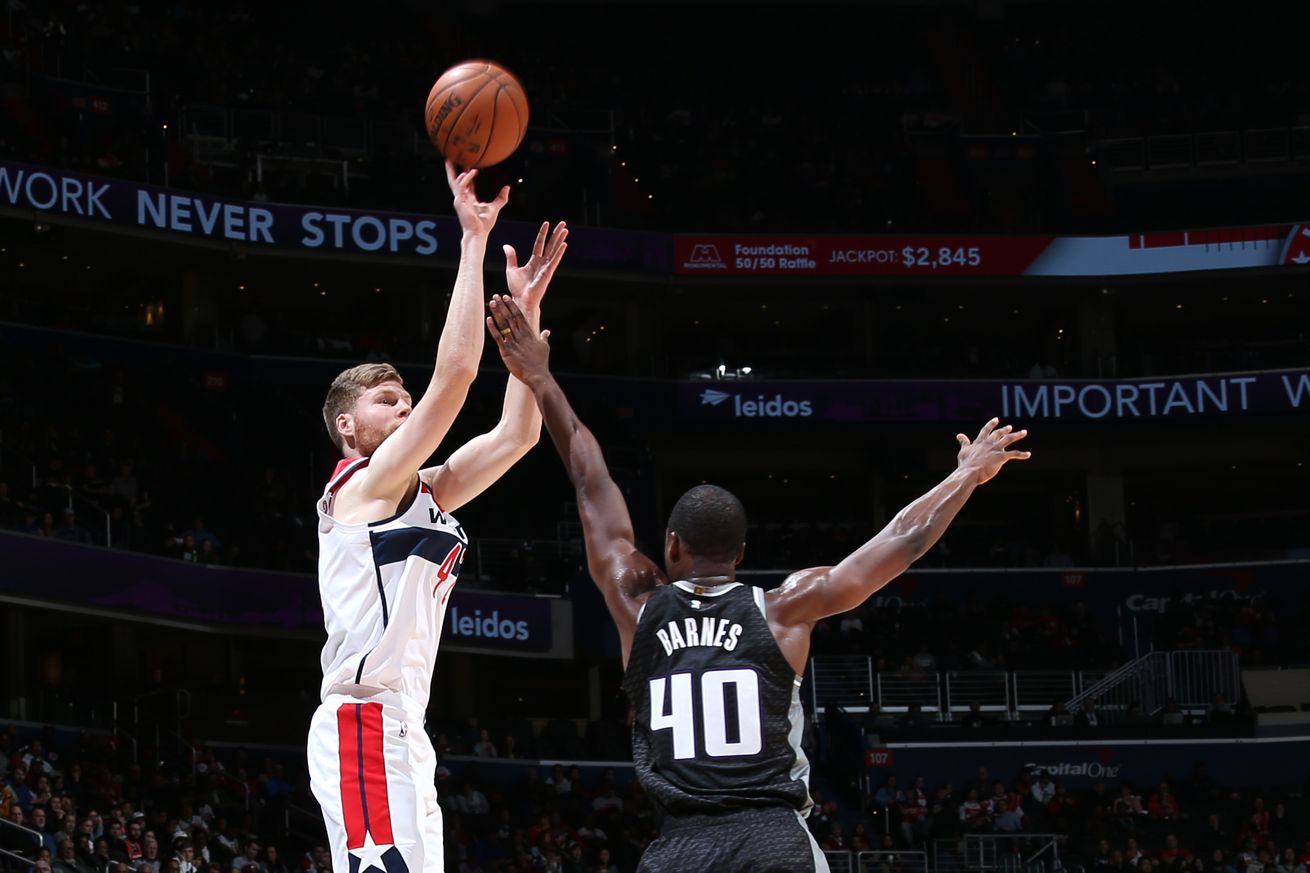 Davis Bertans and Ish Smith have entertained fans, but the Wizards front office needs to take a long-term view when evaluating their play. | Photo by Stephen Gosling/NBAE via Getty Images

How good is Davis Bertans? How about Ish Smith? Judging by recent fan reaction, they’re awesome — great pickups by Tommy Sheppard and the Wizards front office. And to some extent, that’s true.

The trade to acquire Bertans was a no-brainer for the Wizards. In exchange for 2015 second round pick Aaron White — who never even came to a training camp — Washington got one of the best long-range shooters in the NBA.

The Smith signing in free agency is iffier. In a July conversation with Yanir Rubinstein, I wrote this:

Ish Smith is their worst move of the offseason. At the league minimum, no problem. He can’t shoot, but he’s fast, he’s a veteran and he’s cut down on turnovers in recent years, so it’s possible to squint and side-eye your way to thinking he could be OK in a limited role. But, they used a portion of the MLE to sign him on the second day of free agency, and he’s basically a replacement level player.

Fourteen games into the season, I’d revise that a bit. It wasn’t a bad move, but it was at the high end of the market for a small, 31-year old who can’t shoot and topped out at decent.

Both Bertans and Smith have had some scintillating moments. What’s interested me is the big reaction to a couple veterans who have played basically to their career norms so far.

Smith’s eruption against the Spurs was fun to watch, no question. But, when evaluating a player, it’s critical to take the long view as well. Below are per 100 team possessions numbers for Smith in major stat categories. Without looking it up, guess which one is this season with the Wizards:

The point? Smith is performing basically as he has throughout his career. He’s shot fewer twos so far this season, but otherwise is right on target with his established norms. He has strengths — speed, passing, good basketball IQ, personality — and weaknesses — size and shooting. On balance, in Washington he is what has been: a solidly below average player who makes an acceptable backup.

What about Bertans? Let’s take a look at his per 100 numbers. Again, without looking it up, which one is this season?

The Bertans narrative is that he was an underutilized player in San Antonio who’s been unleashed by the Wizards. Except, it’s just not true. His career usage rate: 15.5%. With the Wizards: 15.8%. He’s attempting a career-high 12.0 threes per 100 team possessions, which is right in line with his career average of 11.0.

Like Smith, Bertans’ is playing basically the way he has throughout his NBA career. The key differences: Bertans is a higher level player with one elite skill (shooting), and the Wizards have to make decisions about his future with the team because he’s on the final year of his contract.

Fan sentiment is leaning heavily towards wanting Washington to re-sign him, and there’s a good argument for it. Bertans does a good job hunting three-point shots, and he could be even more deadly if John Wall can return from his Achilles injury in good form.

On the other hand, there’s no guarantee Wall will come back close to what he was pre-injury, and Bertans might fetch a lower trade return in the future because he’d be at a higher salary. The good thing with Bertans: if the Wizards don’t get a trade package they like before the February deadline, they can try to re-sign him in the offseason. He’s an unrestricted free agent, but the Wizards have Bird rights, which means they can pay him more than any other team.

None of this should diminish fans enjoying their favorite players, of course. The front office, however, needs to make a long-term evaluation and keep things in perspective. These aren’t guys having breakout seasons, at least not so far. They’re decent NBA players producing as they have throughout their careers, and they can fill useful roles.

The lesson of NBA history is that teams are wise to avoid overpaying for that level of player — unless that player is the final ingredient to a championship puzzle. That’s not where the Wizards are, so it’s important for Sheppard and the front office to weigh how each of these players can most help the Wizards long term.