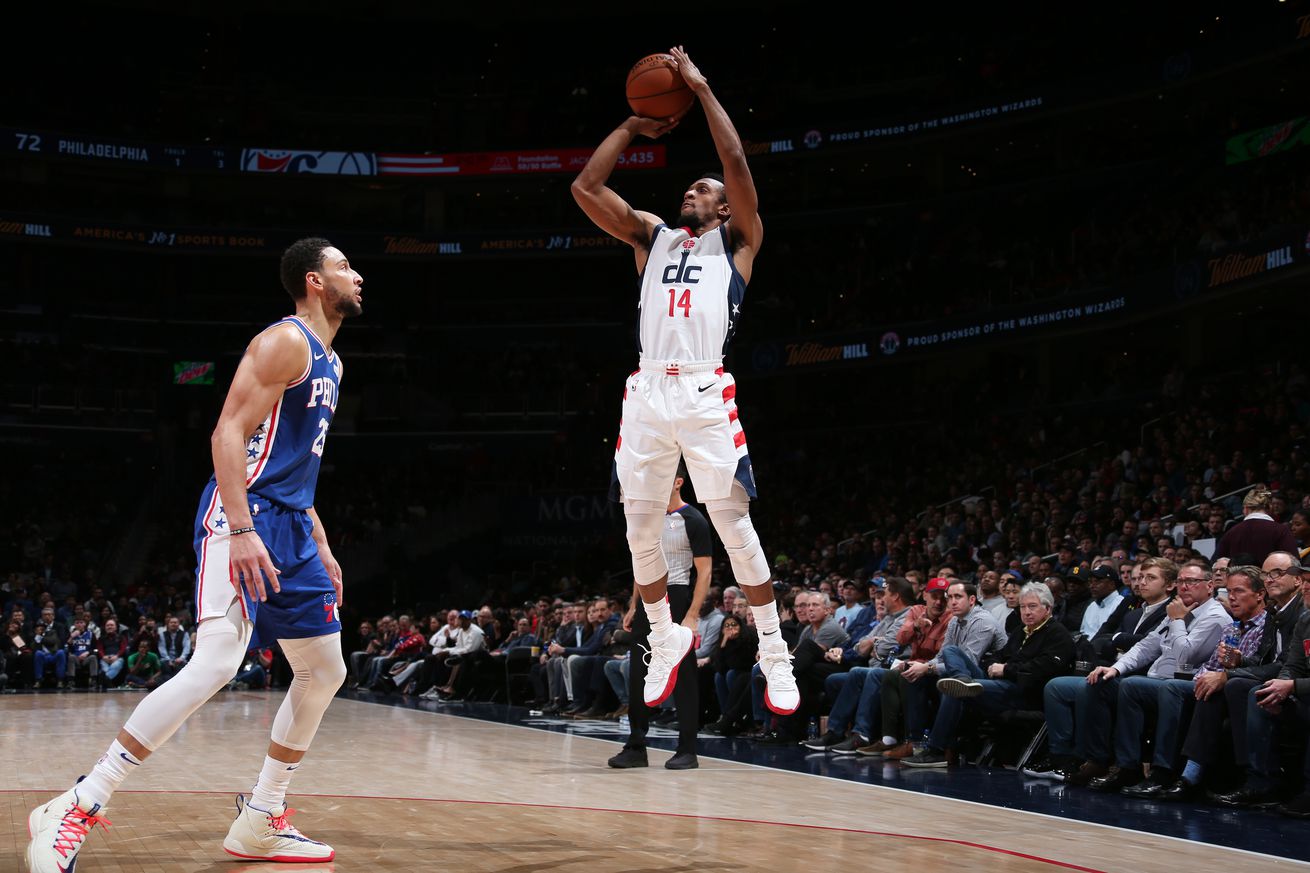 Reinserted into the starting lineup, Ish Smith played an outstanding game in the Wizards win over the Sixers. | Photo by Ned Dishman/NBAE via Getty Images

A look at the key numbers behind the Wizards win

The Wizards didn’t play well defensively or shoot well, but they beat the Sixers 119-113 because they got more offensive rebounds (13-8), committed 10 fewer turnovers, and were plus-eight from the free throw line. Click here for a full recap of the action.

Here’s a look at some of the numbers from last night’s game.

Below are scores from my Player Production Average (PPA) and Scoreboard Impact Rating (SIR) metrics. PPA is an overall production metric that credits players for things they do to help the team win, and debits them for things that don’t. In PPA, 100 equals average and higher is better. SIR translates production into points on the scoreboard in this game.

Rui Hachimura and Davis Bertans will likely capture most of the headlines, but Ish Smith deserves some attention for an efficient and effective performance. Reinserted into the starting lineup because Isaiah Thomas had a calf strain, Smith scored 19 points on 11 shots and added eight assists with zero turnovers.

Sixers center Joel Embiid put up gaudy counting stats — 26 points and 21 rebounds — but had a PPA that was modestly above average. That’s largely because of his eight turnovers and four fouls.

Embiid’s teammate Ben Simmons had a similar game — 17 points on 10 shots, plus 10 assists and three steals. Like Embiid, his PPA was only okay because of seven turnovers and five fouls.

Those turnovers cost Philadelphia. The duo combined for 15 of them — the Wizards totaled 11.