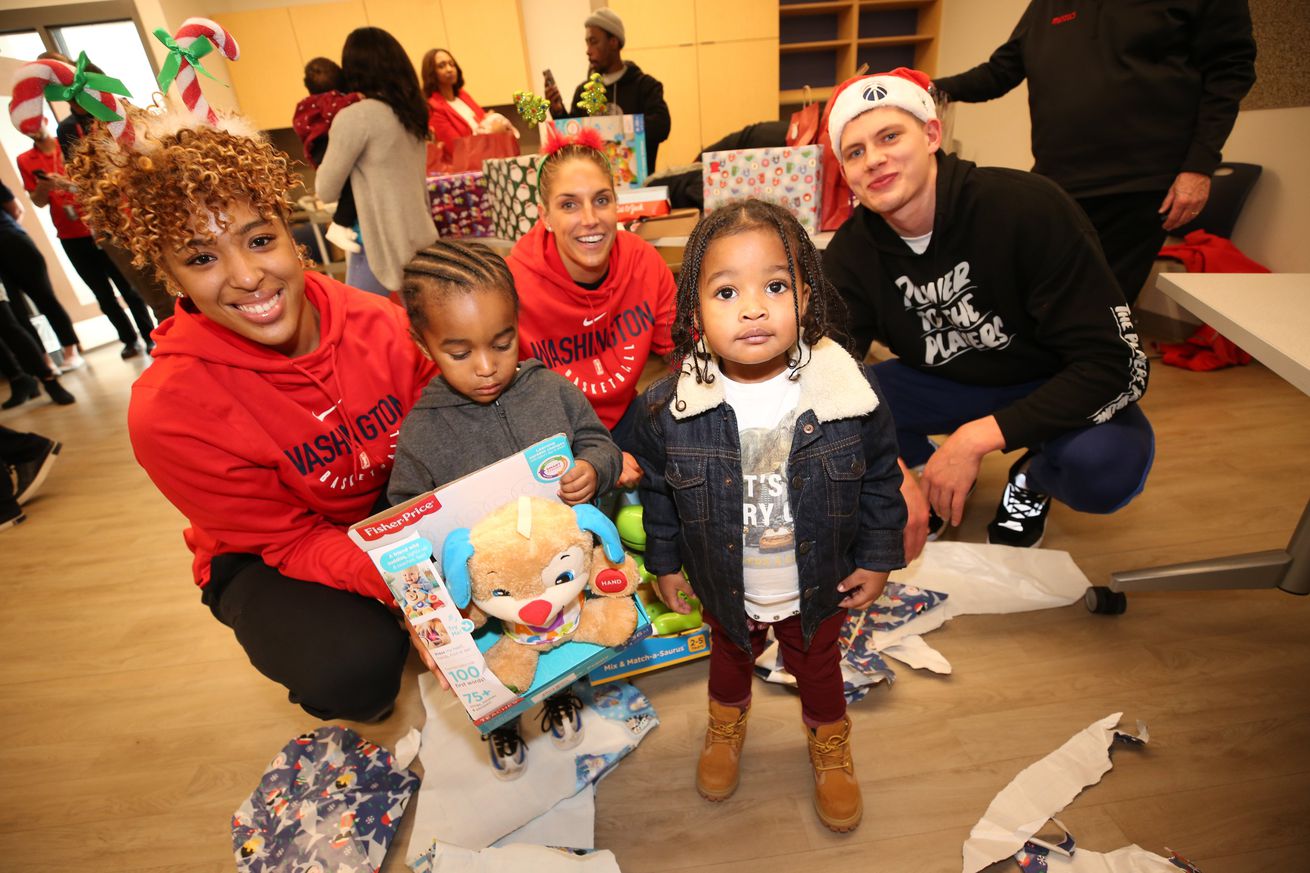 Not everyone can afford gifts during the end of the year. That’s where the Washington Wizards and Mystics can fill the void.

The Washington Wizards and Mystics have made Congress Heights in Southeast, D.C. their home for just over a year. Since then, the teams have their own state-of-the-art practice facility. The Mystics have their own arena and won a WNBA championship in their first season this year.

The teams joined up on Thursday for Monumental Sports & Entertainment’s annual holiday gift giveaway to families in the D.C. area. There were three stops, which were at Hendley Elementary School as well as the Martha’s Table and Bright Beginnings charities.

Take a look at some of the many photos and videos from the events. It’s always heartwarming to see children receive gifts from the community, in particular when their families may otherwise not be able to provide them.

It’s the most wonderful time of the year!

Another successful #FamilyToFamily in the books!

“This is what the holidays are all about. It’s about giving back. This community has been so special to us.” @De11eDonne on yesterday’s #FamilyToFamily gift delivery.