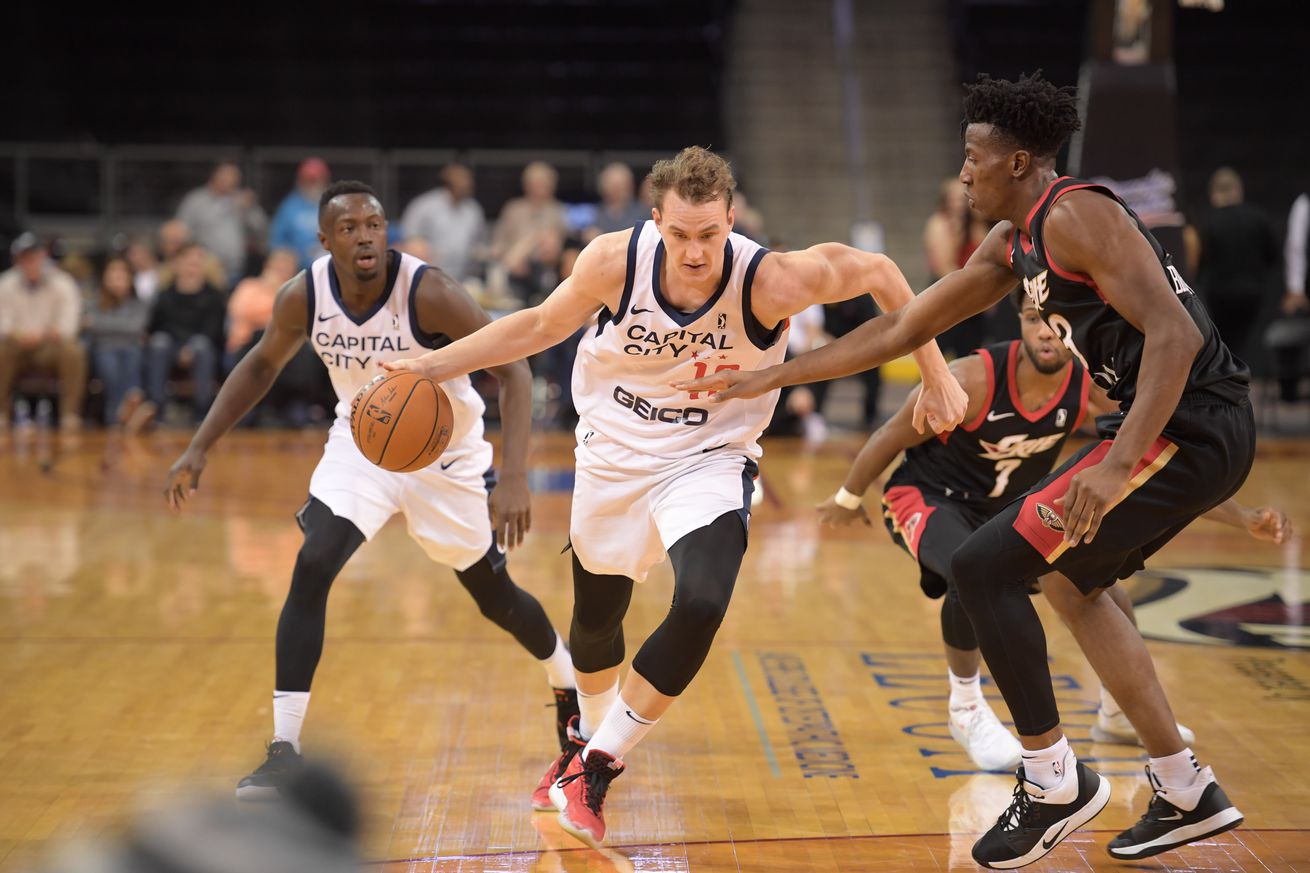 Anzejs Pasecniks will get some more reps for the Wizards in light of their injury situation at the center position. | Photo by Robert Frank/NBAE via Getty Images

Pasencniks started the 2019-20 basketball season with the Capital City Go-Go and takes Chiozza’s spot as a two-way player.

Pasenciks was the 25th overall pick in the 2017 NBA Draft to the Philadelphia 76ers and was traded to the Orlando Magic but never played for the organization. He was on the Wizards’ preseason and Summer League rosters before ultimately playing for the Capital City Go-Go G-League affiliate where he averages 10.5 points and 5.0 rebounds per game.

This move fills a need at the center position. Ian Mahinmi is the only playable center on the team with Thomas Bryant out due to a foot injury and Moritz Wagner who has an ankle injury. The two-way contract also gives the Wizards the flexibility needed to send him back to the Go-Go when Bryant and/or Wagner are healthy once again.