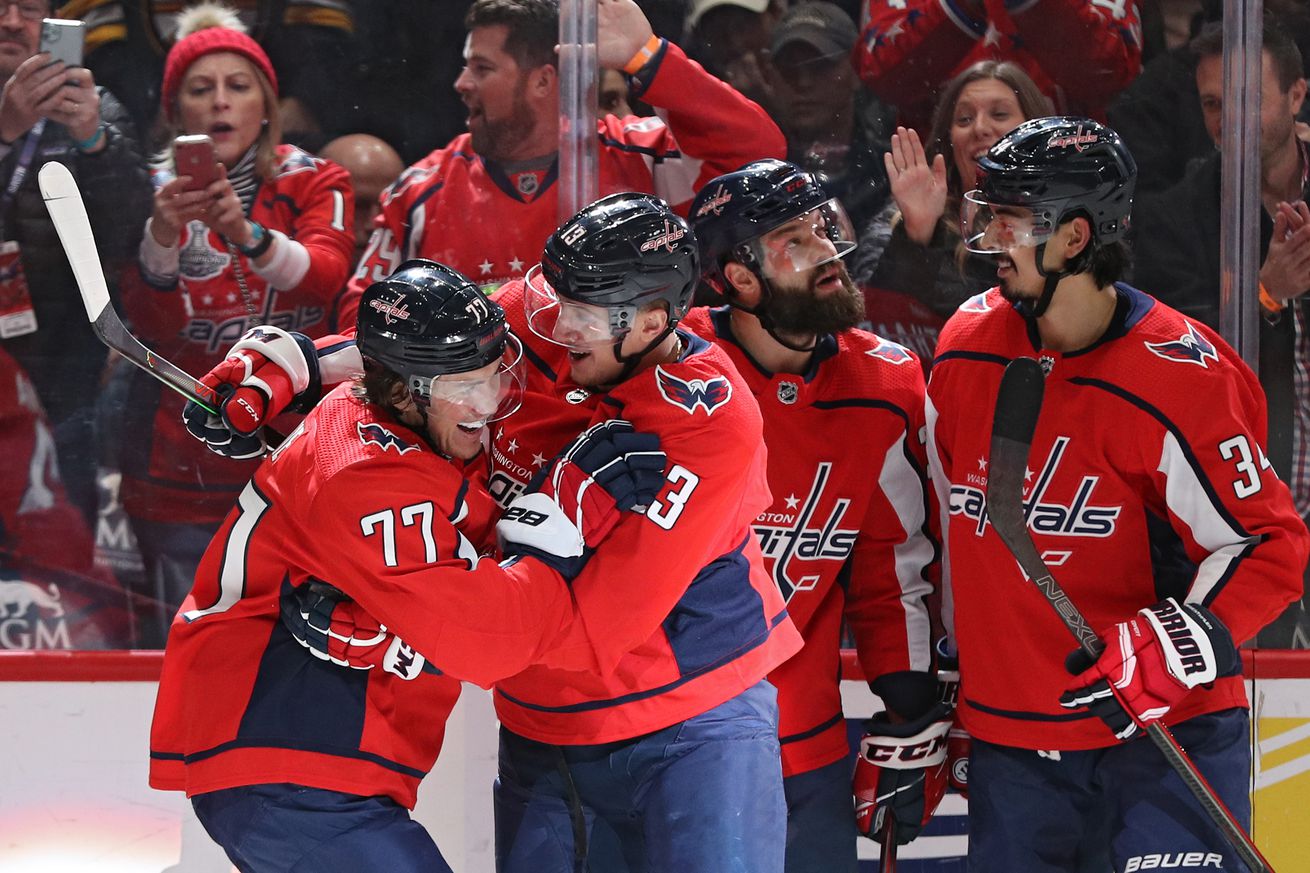 The road trip ends, as does the winning streak… but does a big win over Boston salvage the week? Find out!

A high from the California trip leads to a low point in the season, which is then followed by a thrilling rebound against one of the League’s best. Read on!

The return of Nicklas Backstrom after eight games… killing off all 13 penalties taken in this week’s games… the beginning of what is (hopefully) a change in hockey culture… Jakub Vrana’s continued mastery at even strength… the Caps’ continued mastery over the Boston Bruins… Fort Dupont’s own Coach Neal Henderson being inducted into the US Hockey Hall of Fame… the very special relationship between Alex Ovechkin and the ASHA… T.J. Oshie’s two-goal night, including this insane strike:

3) Nicklas Backstrom. A goal and two assists since returning from an eight-game absence? That’s the old Backstrom we know and love.

2) John Carlson. First star of the NHL’s week, second star of ours… only because it’s kind of expected that he scores all the points and continues to extend his scoring lead over the rest of the League’s blueliners.

1) T.J. Oshie. Seriously, that goal… was something else.

So one streak ends and another – hopefully! – begins. And despite a performance against the Blue Jackets that was pretty universally panned by anyone unlucky enough to watch it, a scrappy trip-ending win over the Ducks to complete the California sweep and a bounceback win over the big, bad Bruins are enough to (almost) (sort of) (barely) erase any memories of a loss to Tortorella’s squad.