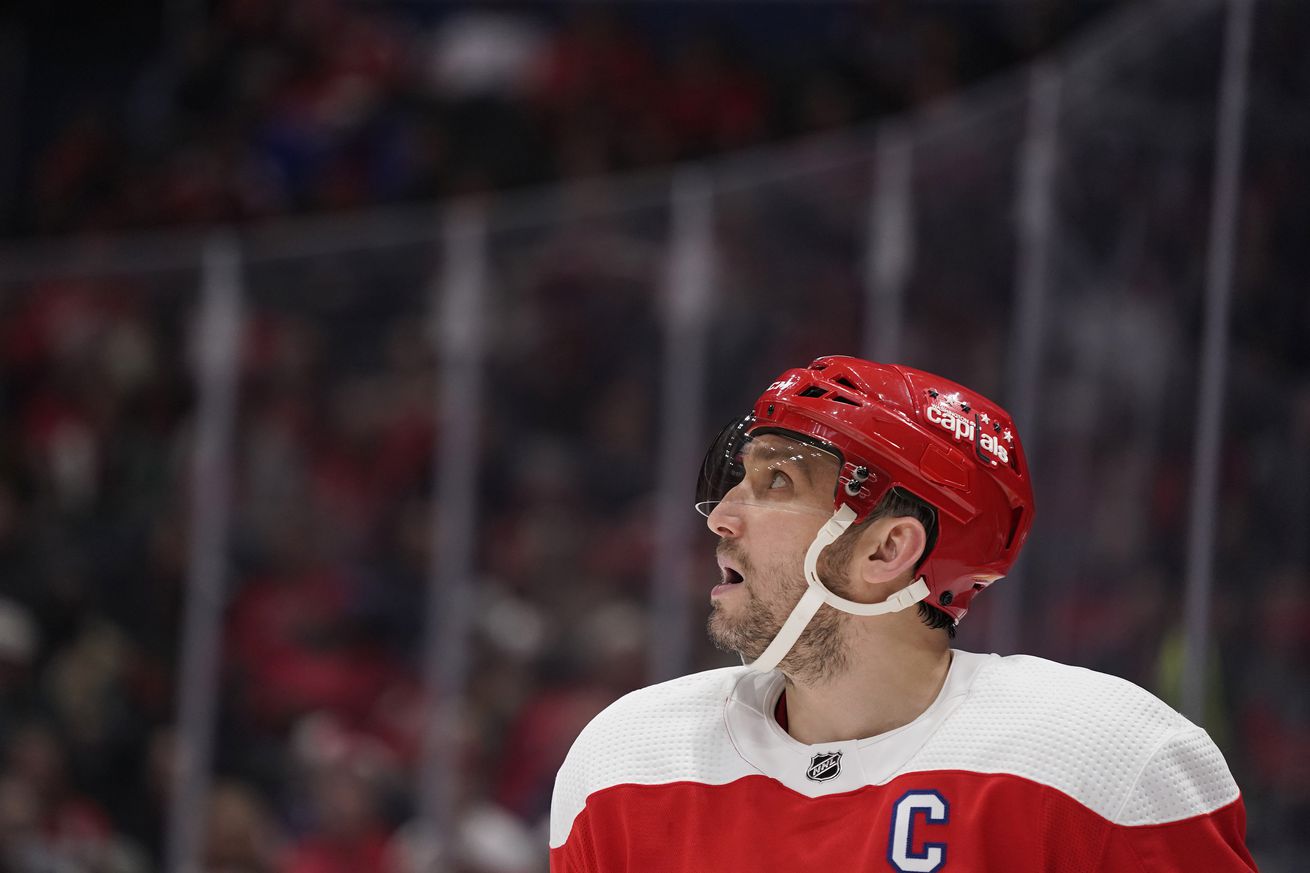 The Washington Capitals returned home after a long road trip out west on Monday night, falling to the Columbus Blue Jackets back in DC 5-2.

The Washington Capitals returned home to Capital One Arena after a wildly successful West Coast swing. Could they keep that California Love going back in DC against the Columbus Blue Jackets?

Plus: Alex Ovechkin just keeps scoring, knocking in his team-leading 21st of the season.

Minus: All good things must come to an end. Pumpkin spice lattes. The McRib. Six-game win streaks…

Ten more notes on the game…

1. After going a perfect 4-and-0 out west in California, the Capitals and their six-game win streak rolled into Capital One Arena on Monday night looking blonde and tan. Would the Columbus Blue Jackets harsh their vibe?

2. Eager to make a good first impression with the home fans after so many games away, the Caps wore their snazziest, jazziest red third jerseys – in this writer’s humble opinion, one of the best-looking alternates in the league.

3. And like Air-Bud finding his way home after his owner punts the basketball into the woods and tells him “Git!” the Capitals’ own yellow labrador Nicklas Backstrom rejoined the team’s lineup after missing more than a half-dozen games with injury. Welcome back, Backy!

4. Columbus cares not for your sentimentality, though, and just three minutes into this game, the Jackets’ Cam Atkinson redirected a shot from the point radically upward and under the crossbar to give Columbus an early 1-0 lead that would hold until the first intermission.

5. Just six minutes into the second frame, Washington defenseman Nick Jensen committed a costlier turnover than Lot’s wife’s shoulder, losing the puck behind Braden Holtby to a quick Columbus steal. A quick pass across the crease to Ryan Murray, and it was 2-0 Blue Jackets after two periods.

6. But Washington wasn’t out yet. Only 40 seconds into the third period, the Caps fired a barrage at net that left some loose change outside the crease. Intrepid Captain Alex Ovechkin backhanded the puck up and in to bring Washington back within one, 2-1. The goal was Ovi’s 21st of the season, and puts him within 21 scores of 700 for his career.

7. The fresh-juiced momentum was short-lived, however. Just three minutes later, Riley Nash restored the two-goal lead for Columbus at 3-1, firing a prayer from a crazy sharp angle that got lucky and hit Holtby weird to trickle into the net.

8. And just three minutes after him (sensing a trend?), Columbus’ Oliver Bjorkstrand struck once more to make it 4-1 Jackets with the clock winding down.

9. But ever-valiant, ever-never-a-quitter, Washington’s prodigal Nick Backstrom got one back for his Caps with the goalie pulled, bringing the gap back within two to 4-2.

10. All good things come to and end, though, and half of all marriages end in divorce; so it was for the Caps’ comeback, as a 200-foot bank shot found the empty net to give Columbus a final 5-2 victory.

Washington’s six-game win streak is snapped, but the boys are back at home, almost certainly very jet-lagged, and ready to get back on the horse and get focused again.

Next up is the Boston Bruins on Wednesday in DC.