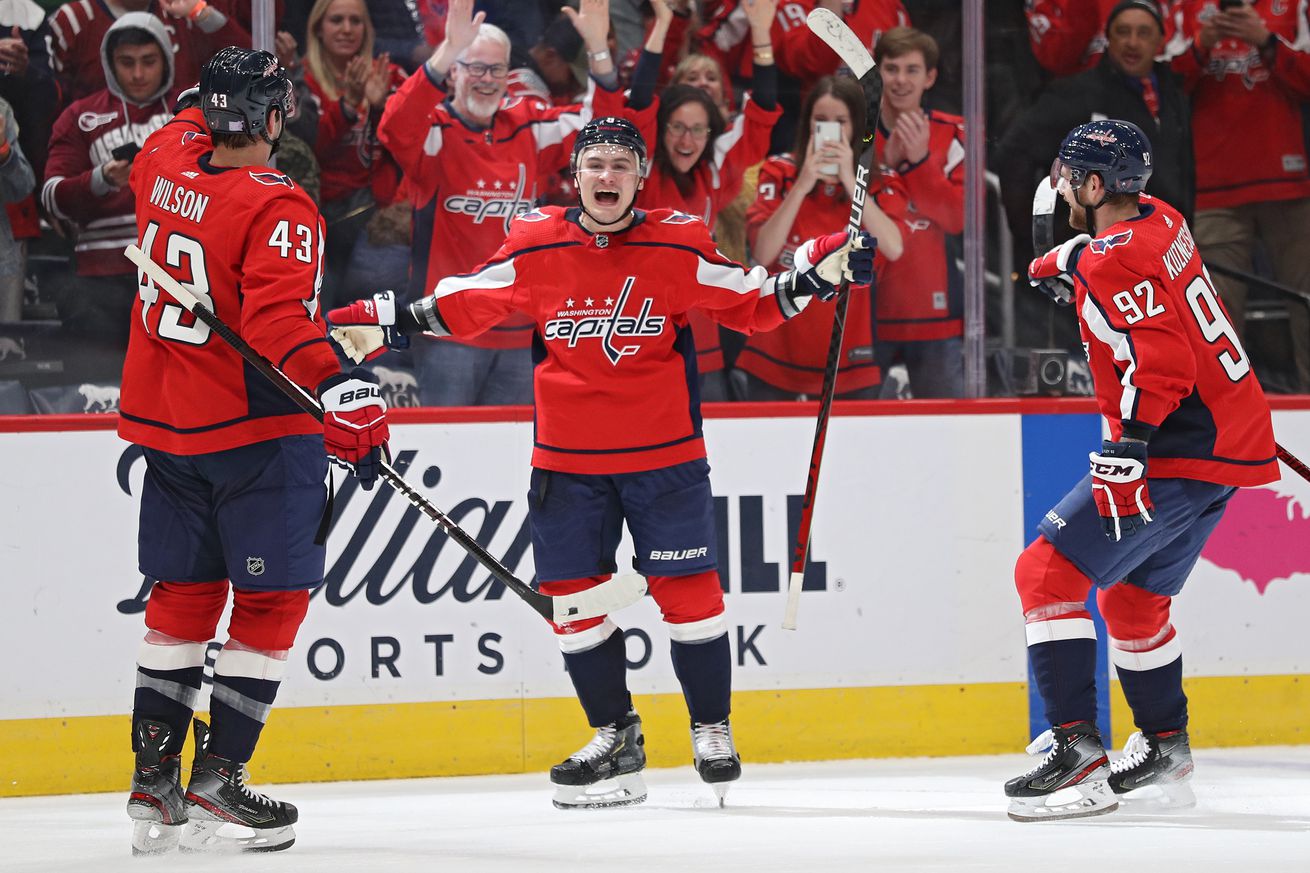 Putting down the turkey forks and stuffing spoons (you don’t have a dedicated stuffing spoon?), Washington got back to work on Black Friday to take on the powerful-but-underperforming Tampa Bay Lightning.

Would there be Ws for dessert?

Plus: Alex Ovechkin recorded his 17th goal of the year in classic Ovi fashion.

Minus: All this leftover cranberry sauce.

1. Happy Thanksgiving, everybody! Hope you had a wonderful holiday, and got all your shopping urges disposed of safely today. BUT WOULD THERE BE LEFTOVERS FOR WASHINGTON AGAINST TAMPA BAY?

2. The Capitals would still be without their Swedish talisman Nicklas Backstrom, who remained in a blue non-contact jersey at practice.

3. Brayden Point scored first for Tampa Bay, beating Holtby with just 70 seconds remaining the opening period, sending the Lightning to the locker room with a 1-0 lead.

4. Mikhail Sergachev got the Lightning out to an early 2-0 lead in the second frame, poking a loose puck through Braden Holtby’s not-tightly-enough-squeezed pads from the crease.

5. Evgeny Kuznetsov got one back for Washington, though, tapping in a gorgeous backdoor saucer pass from T.J. Oshie to cut the lead to 2-1.

6. Six minutes into the second period, Jakub Vrana appeared to clearly win a race to the puck to cancel an icing against the Capitals, but got the whistle from the referee anyway. And for the second time, the refs gathered together ex-post facto and overturned an icing call. The Caps and Bolts instead took the faceoff at center ice. And I say, bravo, NHL refs. More recourse for fixing obviously terrible icing calls.

7. Alex Ovechkin laced a gorgeous pass to Tom Wilson late in the frame that soared majestically over two defenders’ sticks and landed softly like a marshmallow pillow, reminding everyone how talented he is all over the ice.

8. But in the final minute, Alex Killorn ripped a wicked wrister from the right circle that just flat out beat Holtby dead-to-rights, and this game sat at 3-1 Lightning after two.

9. Washington came roaring back in the third period, though. Jakub Vrana forced a turnover at the blueline, and ripped a blast past Andrei Vasilevskiy to bring the Capitals back within one just minutes into the frame. And then Big Boss Alex Ovechkin fired a textbook shot from his office on the power play for his 17th goal of the year and a ding-ding-ding TIE GAME, which sent the game to OVERTIME!

10. AND IN THE EXTRA FRAME, Dmitry Orlov called his own number on the rush, putting a wrister into the back of the twine to send Washington home 4-3 winners against the Lightning!

Against a massively talented Tampa Bay team, Washington never said die – for like the billionth time this season – and clawed back for a third period comeback win. Next up is the Detroit Red Wings in the Motor City on Saturday night.