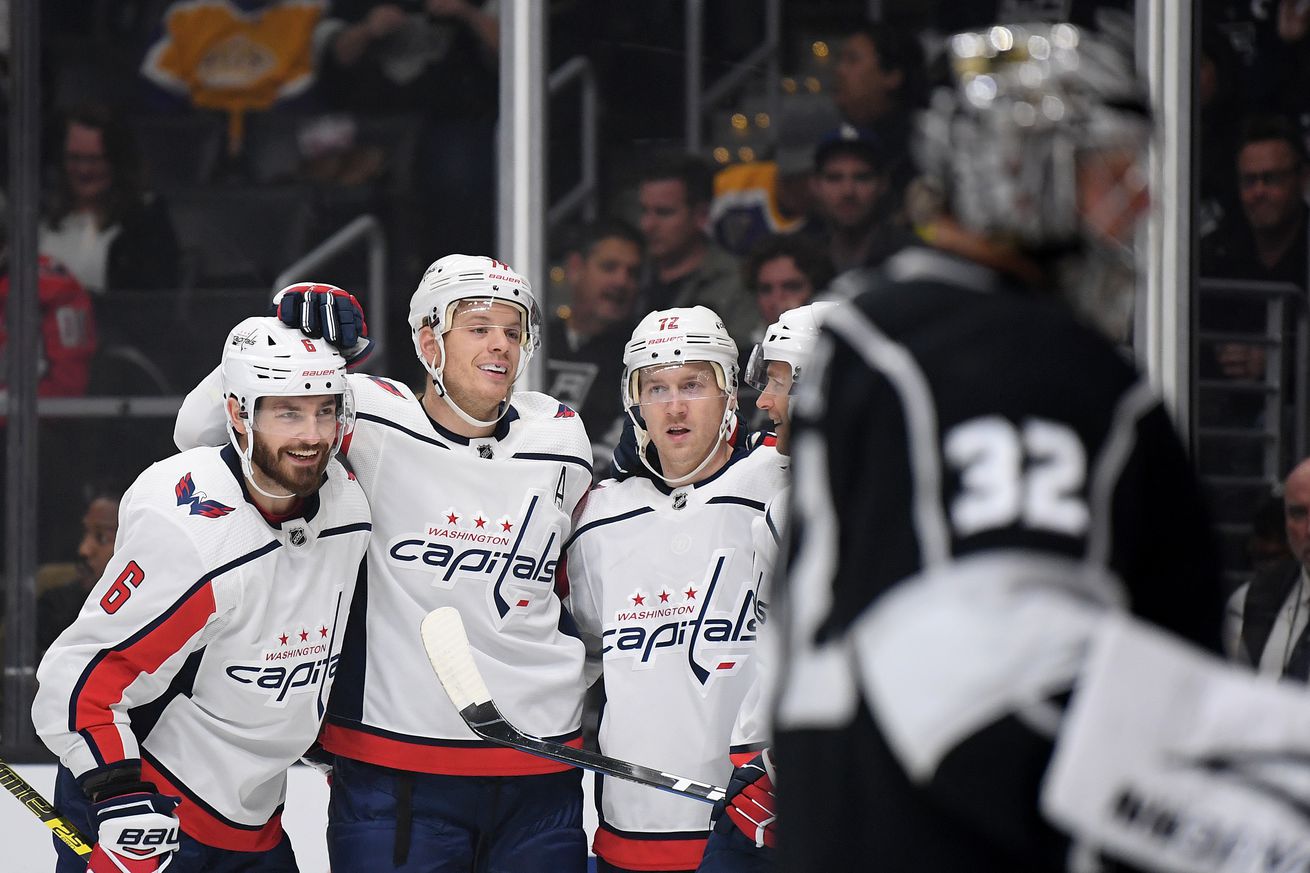 Per the NHL, John Carlson has been named the first star of the week, with three goals and three assists in his last three games.

Carlson continues to set the pace for NHL blueliners, leading all defensemen in scoring with 43 points on the season – 15 more than the next guy on the list, Carolina’s Dougie Hamilton. He has already racked up 13 multi-point games this season, including a pair of them against LA and the Sharks — that’s almost twice as many as Hamilton and Keith Yandle (seven apiece), and only Connor McDavid (14) and Leon Draisaitl (16) have more overall.

And he did this:

This is now the third time Carlson has been honored for his work this season, previously earning the second star of the week and then leading the pack as star of the month for October.

Carlson registered 3-3-6, including two game-winning goals, in three contests to propel the Capitals (22-4-5, 49 points) to a perfect week and into first place in the overall NHL standings. Carlson posted his sixth three-point performance of the season, as well as his third game-winning goal, in a 5-2 triumph over the San Jose Sharks Dec. 3 (1-2-3). He then scored twice, including the decisive goal, in a 3-1 victory against the Los Angeles Kings Dec. 4. Carlson closed the week with one assist in a 3-2 win over the Anaheim Ducks Dec. 6, helping Washington sweep a three-game road trip through California for the first time in franchise history.