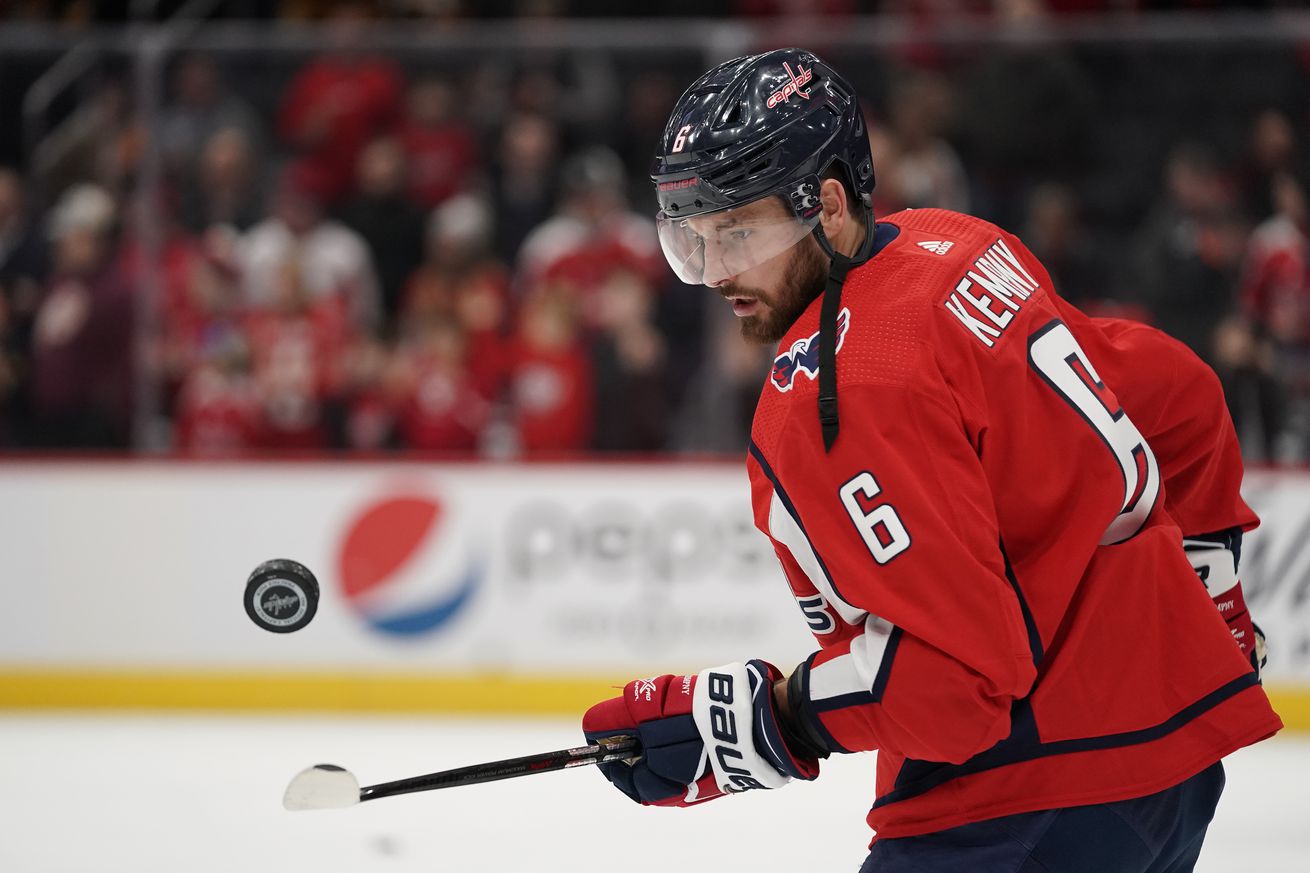 Some hard truths about the Caps’ one-time Missing Piece.

Alright, everyone. Time to gather around and have a difficult conversation about our beloved Czech defensemen, Michal Kempny.

Kempny was arguably THE reason the Washington Capitals finally won the Stanley Cup two seasons ago. As soon as he was traded for he made his presence known with his quick two-way play that slotted perfectly with John Carlson on the top pair. After he was inserted into the lineup the Capitals went from a below average possession team to a very good one. He was truly the missing piece.

And it’s no coincidence that the Capitals were booted in seven games in their first playoff round without Kempny in the lineup last spring. The Capitals desperately missed his speed and shutdown ability against arguably the fastest team in the NHL, the Carolina Hurricanes.

The brutal hamstring injury that kept Kempny from the playoffs was so bad that it required seven months of recuperation leading up to his return on October 18th… and since his return, he has not been his usual self. In fact he’s been pretty poor over all.

Let’s go to the numbers (via Natural Stat Trick).

He is currently last among all Capitals defensemen in Expected Goal Percentage (xGF%) with 47.06%. No other Capitals’ defensemen is below 50%. In fact, every defensive pairing Kempny has been on this season has had a negative xGF%, and each of those players paired with him has been better when away from Kempny:

Those are some big swings; even removing Radko Gudas and Nick Jensen as examples due to the small sample size, the results of time spent with John Carlson is damning.

Via HockeyViz, we can see how the Capitals as a team look on the ice with and without Kempny defensively (note: for defense, negative numbers are better).

With Kempny on the ice the Caps are drowning in the defensive end, especially on his left side; when he’s on the bench, the defense drastically improves. Sure, they still allow too many net-front shots as a group regardless… but it’s much better when Kempny isn’t out there.

The question: is this who Kempny is now because of the injury, or is this just a player still trying to find his legs after missing game action for seven months? Only time will tell, but it’s worth noting that he is 29 years old, and a torn hamstring is an injury hard enough to try to recover from even if he were young.

For now, it’s probably best to dial Kempny’s ice time back, get him off that top pairing and let Orlov or Siegenthaler take those bigger minutes that they have proven to be able to handle – thus allowing Kempny more time to heal and hopefully find his feet. With over half of the season left to go, there’s no reason to force him into a role he may not be ready for just yet.