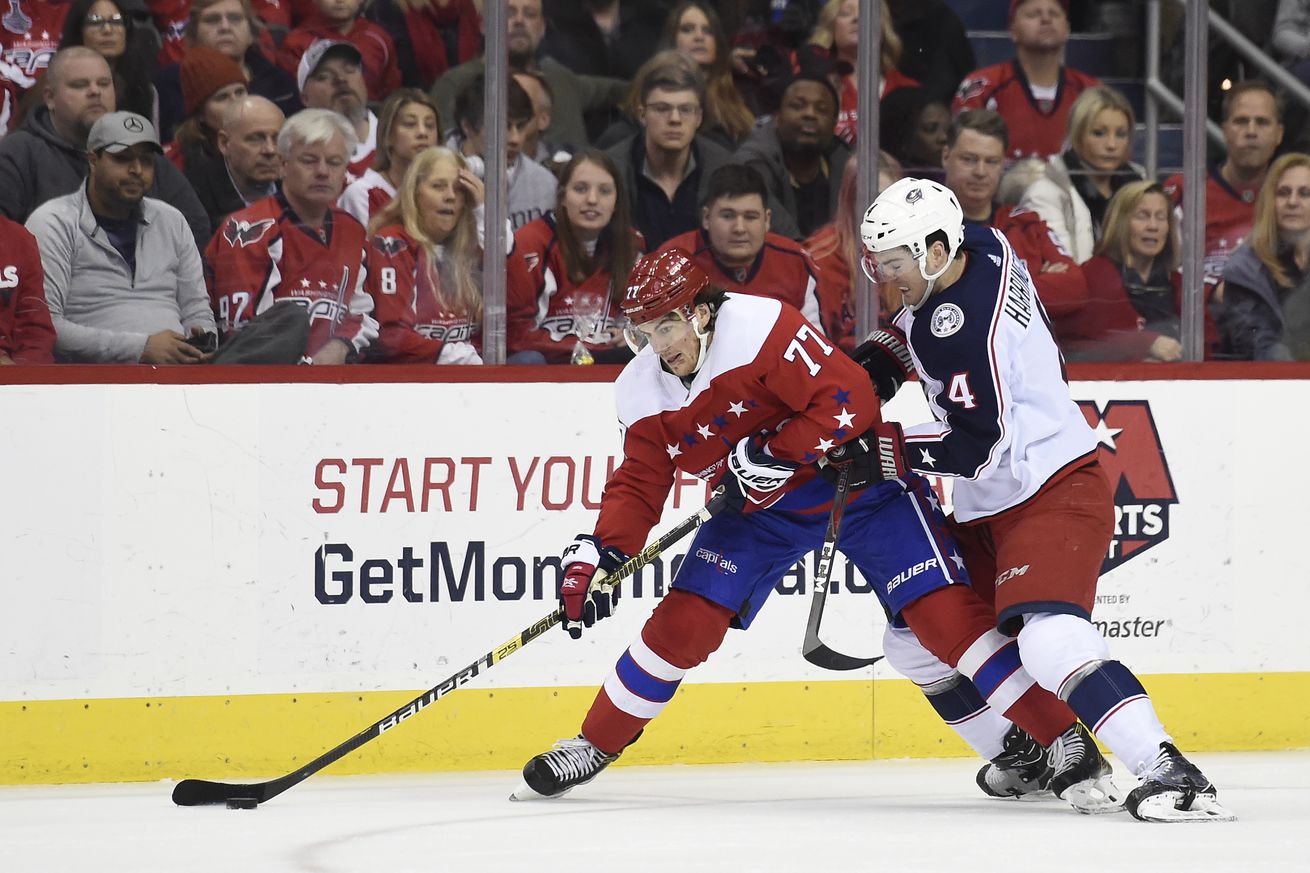 The Caps return home after their most successful California trip ever, but there is no let up in the challenges facing them in Week 11.

The Washington Capitals, league’s top team and fresh off the rare sweep of games played by an Eastern Conference team against the three teams in California, return home for two games before ending Week 11 with a visit to Florida and the Tampa Bay Lightning. It is a week that will present a stiff challenge to what is also the league’s hottest team entering the new week.

Columbus Blue Jackets (Monday/7:00pm)
The Capitals, despite having played more than a third of their regular season, have faced Metropolitan Division rivals only five times. Only five teams in the league faced Metro teams that many or fewer times, and all of them live in the Western Conference. This will be the first meeting of these clubs this season, but they will become familiar quickly, facing one another three times in a span of eight games and 16 days.

The Blue Jackets are doing about as well as expected in coping with a post-Sergei Bobrovsky, post-Artemi Panarin world. They are 11-14-4 entering the week, a reversal of the 16-11-2 record that Columbus had after 29 games last season.

The Blue Jackets have had to contend with streakiness, too, and not the good kind. Their longest winning streak so far this season was three games, in Games 19-21 in mid-November. However, they had a five-game losing streak to end October and begin November (0-4-1), and they are going into this game against Washington facing the possibility of matching that five-game losing streak, having lost their last four games in regulation. And, Columbus has found different ways to build losing streaks. The earlier five-gamer was a product of leaky defense, the Blue Jackets allowing 20 goals in five games. In the four-game streak in which they currently find themselves, scoring has dried up, posting five goals in all, part of a longer drought in which they scored 13 goals in seven games, six time recording two or fewer goals.

Boston Bruins (Wednesday/7:00pm)
This will be the league’s marquee matchup for the week, a meeting of the teams with the two top records in the league at Capital One Arena. The Caps hold a three-point lead on Boston entering the week, but the Bruins have a game in hand. Both teams are 8-1-1 over their last ten games. They are one-two in goal differential in the Eastern Conference, Boston at plus-32, the Caps at plus-27. Their venue records for this game are almost identical, the Caps with an 8-2-4 record at home entering the week, and the Bruins with an 8-3-1 road record.

The Bruins, despite their sparkling record to date, have given evidence of being a bit streaky in wins and losses over their last 20 or so games. They wrapped up October and started November with a six-game winning streak, followed by losing five of six (1-2-3, all three extra time losses in shootouts). Then, they peeled off an eight-game winning streak, but they come into the new week having lost two in a row, a 4-3 overtime loss to Chicago and a 4-1 loss to Colorado, both at home, the latter being the Bruins’ first regulation loss on home ice this season. The good news for the Bruins is that they go into the new week with a four-game winning streak on the road, outscoring opponents by a 19-5 margin.

Boston is one of those teams that displays a consistent, if sometimes taken for granted, level of excellence. Starting with their Stanley Cup winning season of 2010-2011, no team has put together more 40-plus win seasons than Boston through last season (eight, tied with Pittsburgh and San Jose). Only two teams have more wins overall over that span – Pittsburgh (436) and the Caps (430) – than the Bruins (423).

There is little mystery about how the Bruins have done it – score and do not be scored upon. They are the only team in the league going into the new week with a top-five scoring offense (3.50 goals per game/fifth) and a top-five scoring defense (2.30 goals allowed per game/second). Both special teams squads are top-ten, the power play ranked third (28.4 percent) and the penalty kill ranked seventh (84.4 percent).

Tampa Bay Lightning (Saturday/7:00pm)
The Caps wrap up the week renewing their rivalry with the Tampa Bay Lightning, making their first visit to Amalie Arena after beating the Lightning in the first meeting of the clubs, 4-3 in overtime, at Capital One Arena on Black Friday.

The Lightning are spinning their wheels after trying a league record for wins in a season (62) last year. They have already lost ten games in regulation through 27 games played after losing only 16 games in last year’s 82-game season. They do have a pair of three-game winning streaks this season and only one three-game losing streak (0-2-1), but it was that streak that kicked off a rough stretch for the Bolts, who are 2-3-1 in their last six games going into the new week.

For the Lightning, the tough part has not been scoring. They can still do so in bunches. Six times in their last 16 games they scored five or more goals, and only Pittsburgh has scored six or more with more frequency this season (six times) than the Lightning (five, tied with Colorado and Vancouver). The Lightning enter the week with the top scoring offense in the league (3.74 goals per game).

The surprising part is the defense. They allow a lot of shots (32.9 per game/fourth-most in the league), despite not allowing a lot of shot attempts at 5-on-5 (1,160, fewest in the league). However, the shots allowed are not much different from last season (32.1 shots allowed per game). Still, they are giving up more than half a goal more per game (3.22) compared to last season (2.70). A large part of that scoring defense is a collapse of the penalty kill on the road, although that will have no bearing on this game. The Lightning have a 72.5 percent road kill (no pun intended) this season compared to 83.8 percent last year.

Potential Milestones to Reach This Week: