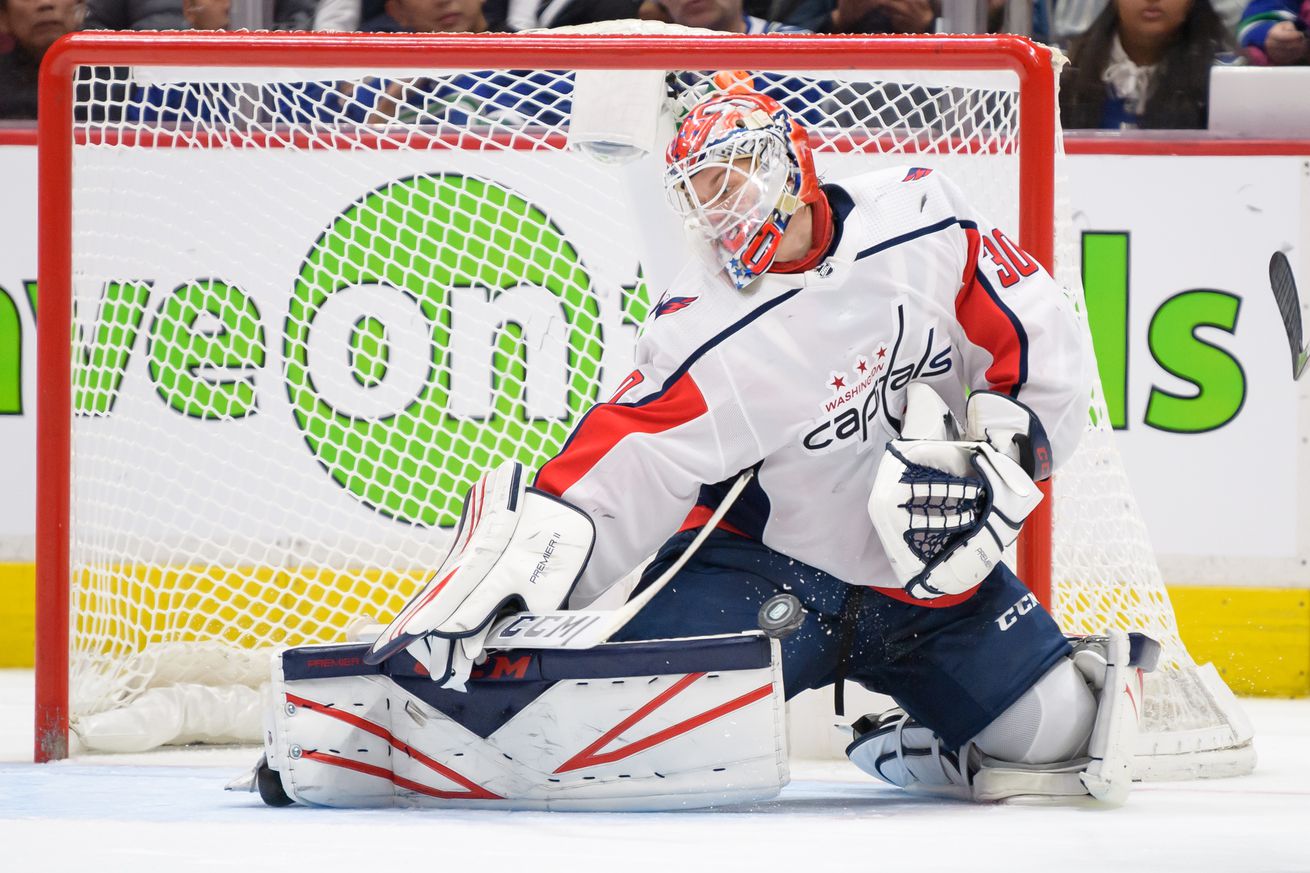 The Caps continue their road trip with their mentors this week before returning home to close what looks like “Rematch Week.”

For the Washington Capitals, Week 12 is as much about the mentors as the hockey, which features two rematches from Week 11. Then again, the two are hard to separate, the former being so important to the success in the latter for the players. The Caps got the annual trip with the mentors off to a good start in Tampa with a 5-2 win over the Lightning, and this week they will complete the final two legs of the trip with a rematch from last week in Columbus and a visit to New Jersey before wrapping up the week at home with a rematch against the Lightning.

Yes, this is how last week started, with a matchup against the Blue Jackets. The teams meet for the second time this season on Monday night, this time in Columbus. The Blue Jackets will go into this game as a team struggling on home ice tasked with facing the league’s top road team. Columbus is 1-3-0 in their last four games at Nationwide Arena. All three losses were tough ones to bear, two of them by one goal (identical 3-2 losses to Philadelphia and the New York Rangers), and the other all but a one-goal decision, Arizona scoring an empty net goal with less than 30 seconds left in a 4-2 loss to the Coyotes.

That four-game stretch on home ice has been an odd one for the Blue Jackets. It has not featured a lot of offense, the Blue Jackets outscored by the four opponents by a single goal (11 for, 12 against). However, the Blue Jacket pummeled the four foes on the shot meter, out-shooting them by a 142-100 margin and out-attempting them at 5-on-5 by a 186-143 margin.

What Columbus has failed to do in this 1-3-0 run is hold an early lead. They scored first against the Flyers early in the first period of that contest, but they gave it back late in the period. They scored again less than a minute after the Flyers’ tied the game and took a lead to the first intermission, but the gave that lead back early in the second period before falling behind for good later in that middle period.

They managed to beat Pittsburgh after scoring first in that contest, and they lost to the Coyotes after allowing the first goal to Arizona. In the most recent contest against the Rangers, the Blue Jackets once more scored first, and then they allowed a late first period goal again to give the Rangers a new life. The Rangers pulled out to a two-goal lead in the second before holding on for a 3-2 win that gave the Blue Jackets their third loss in four home games. Getting a lead against the Caps helped the Columbus effort in the first meeting of the clubs last week, but the Blue Jackets managed to score a second goal to put the Caps behind the eight ball in the 5-2 win, Columbus’ only win in their last seven games overall (1-4-2). Even with that outcome, though, the Caps go into the new week tied with the Islanders for the best winning percentage in the league when allowing the first goal, both at .600 (the Caps are 9-4-2, the Islanders are 9-5-1).

The Caps visit New Jersey on Friday night for what will be the first of four meetings of these divisional rivals this season. Has rapidly turned into a lost season for the Devils, who at no point this season was as much as a “.500” team. They lost in a shootout to Winnipeg on Opening Night have been staring up at a breakeven point ever since, going into the new week with a 10-17-5 record, 15th of 16 teams in the Eastern Conference standings.

It has just been a matter of getting worse and worse for the Devils, who since winning consecutive games against Pittsburgh and Montreal in mid-November have gone 3-9-1 going into the new week. Over those 13 games the Devils have been unable to mount much of an offense, scoring a total of 27 goals, being held to one goal five times and shut out twice. The odd part of having such an anemic offense over those 13 games is that over that span they are sixth in the league in shots on goal (439). Doing the shooting math, their 6.2 percent shooting over those 13 games is worst in the league. The Devils’ defense has been no better. The 45 goals allowed over the 3-9-1 slide is tied with Montreal for sixth-most in the league in that span.

As if the recent troubles were not bad enough, New Jersey has the second worst home record in the league at 4-7-5, their 13 standings points earned topping only Detroit (5-11-1 for 11 points). Only three teams have scored fewer goals on home ice than the Devils (45, tied with Toronto), and the 53 goals allowed on home ice are eighth-most in the league. They also rank in the bottom five in home power play (13.6 percent/27th), a particularly unfortunate state of affairs since the Devils lead the Metropolitan Division in power play chances per game on home ice (3.69).

The Caps close the week with another rematch, this one against the Tampa Bay Lighting at Capital One Arena after beating the Lightning in Florida last Saturday. What a difference a year makes. Last season, the Lightning led the league in road wins, their 30 victories falling one short of the league record for road wins in a season (Detroit, 31 wins in 2005-2006). This season, the Lightning are 8-5-2 on the road going into the new week, a record good for 11th in the league overall.

The Lightning have struggled to get pucks to the net on the road, their 444 shots on goal tied with Anaheim for fifth fewest in the league in road games. And while the Lightning did have a shots on goal deficit last season on their way to 30 road wins, their minus-13 in shot differential pales compared to the minus-56 they have through just 15 road games to date.

One of the underlying problems that the Lightning have had on the road is their special teams, specifically the differential in opportunities. Their power play is respectable at 20.0 percent, but that is based on eight goals in only 40 chances, the fifth-fewest power play opportunities of any team on the road so far this season. On the other side, the Lightning have allowed opponents 54 power play chances of their own, and when coupled with an inefficient penalty kill (74.1 percent/27th in the league), the Lightning are a minus-6 in special teams goal differential (8 power play goals scored to 14 allowed). What makes the special teams a bit more uncommon is that the Lightning are one of two teams (Los Angeles is the other) that have neither scored nor allowed a shorthanded goal on the road this season.

Potential Milestones to Reach This Week: