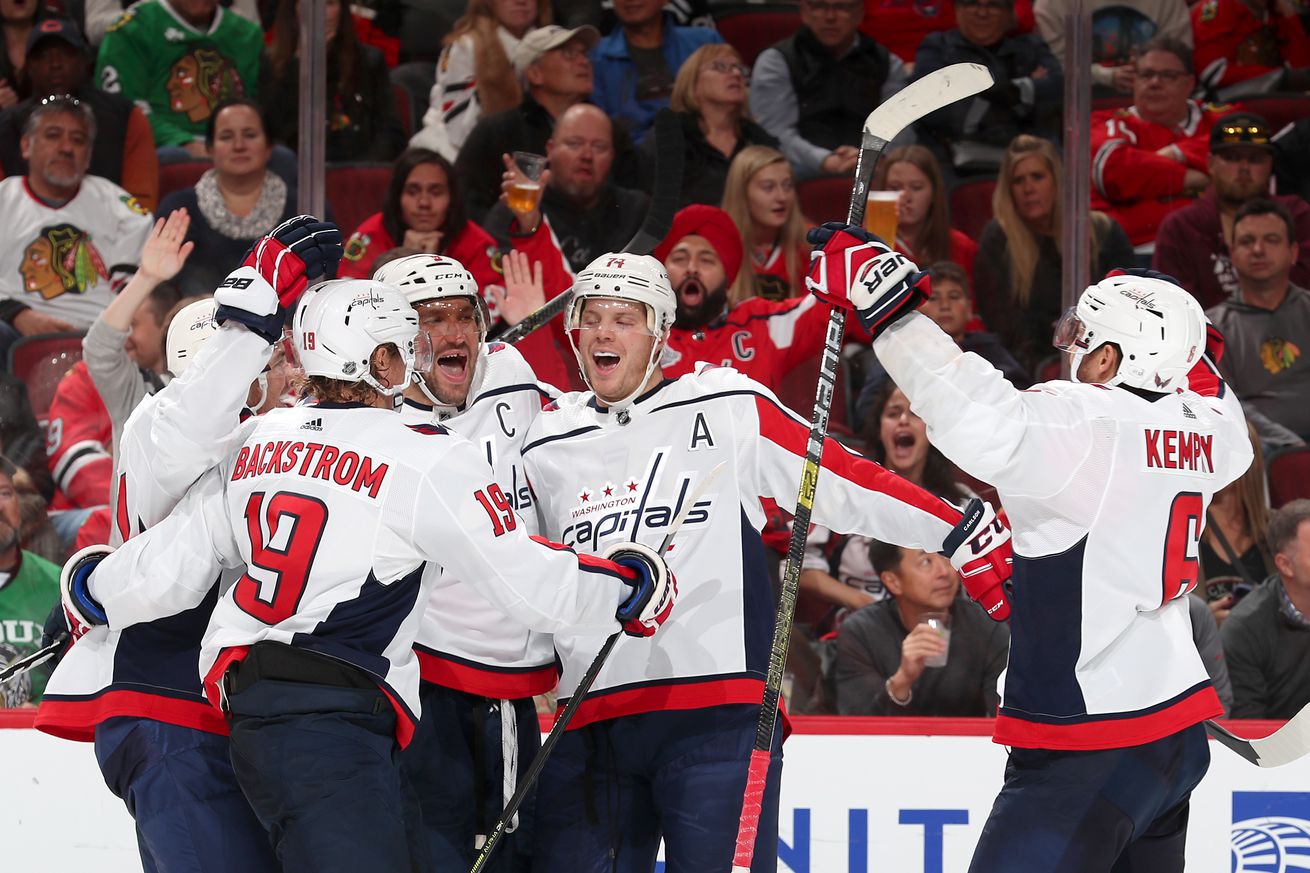 7 – Number of consecutive seasons in which the Capitals have posted at least a 20% effectiveness rate on the power play, the longest active streak in the NHL. Their high over the last seven seasons was 2012-13, when they cashed in on 26.8% of opportunities; the low, last year’s just-squeaking-by rate of 20.8%.

Since the start of their seven-season streak back in 2012, the Caps have had 1750 opportunities with the extra man (14th in the League) and cashed in on 407 of them (first) for a League-leading 23.3% conversion rate over that span. Over those seven seasons, the split between road success and home success has been fairly even – they rank 15th in opportunities both in DC (914) and away (836), and have experienced just a slight edge at home with a second-ranked 23.4% success rate compared to 23.1% on the road.

The Caps have a decent chance at extending their League-best streak to eight if they continue with their success this season, as they currently sit at 23.8% through their first 25 games.