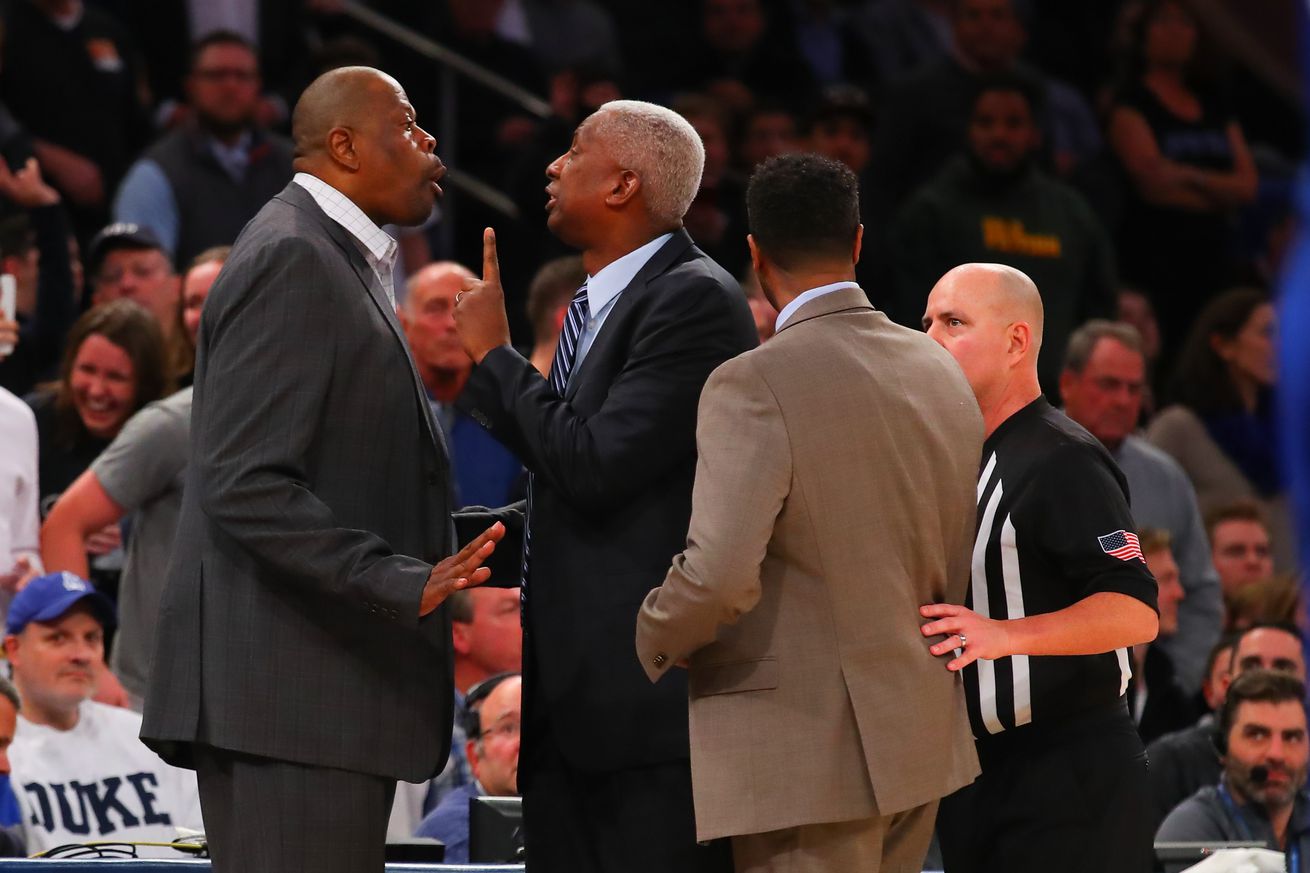 The 4-2 Hoyas of Georgetown have received a single heroic vote in Week 4 of the AP Top 25 Poll:

The single vote places them as tied for 42nd with Dayton and Mississippi State. Also noteworthy is that Texas has fallen to #31 after losing to Georgetown. Duke is still #1 with the refs a close second.

It appears that, of the 64 voters, only Doug Doughty voted for the Georgetown Hoyas (as 25th). Some of you may remember Sir Douglas of Roanoke as previously championing the Hoyas in 2017 with Patrick Ewing’s initial 4-0 start. Mr. Doughty is an extremely intelligent sports journalist, in his 44th year at the Roanoke Times, and has “produced an estimated 10,000 by-lines.”