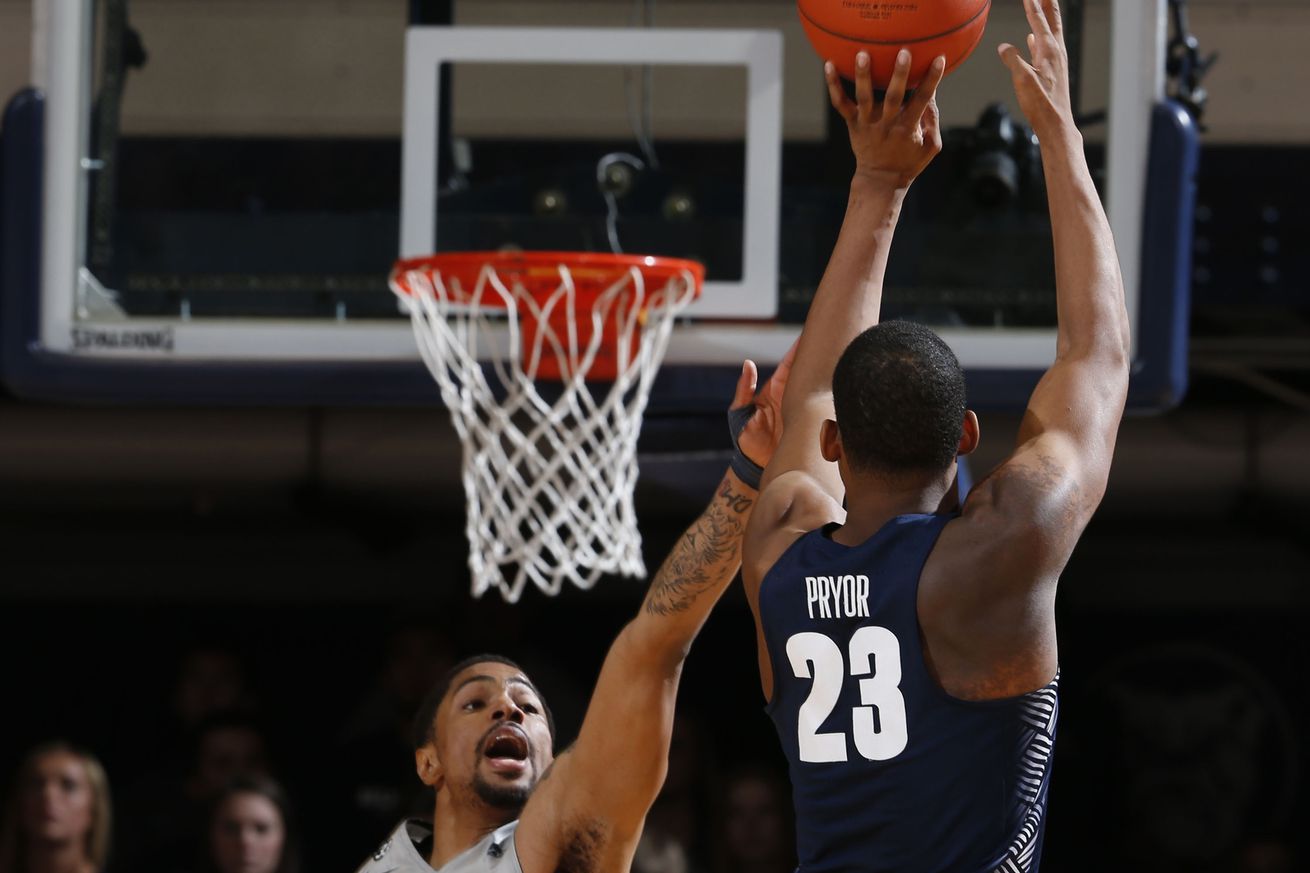 Over past five years Georgetown has shot 53% from the field and 46.9% from three at Butler…

The Georgetown Hoyas have had some pretty good luck at Hinkle Fieldhouse when facing the Butler Bulldogs. Patrick Ewing’s teams have not lost there and over the past 6 years, the Hoyas are 5-1 when visiting Butler. A look at the shooting percentages indicates that Georgetown shoots the ball well in Hinkle, which may go a long way for a team who struggles defensively at times.

Each performance below has its own top shooters from inside and outside the arc, but there appears to be a very general commonality in Georgetown’s offensive performances against Butler. Whether this extends to all Butler games is something to look into another time, but Butler’s defense and preferred tempo is undoubtedly a contributing factor. Still, it’s hard to deny that Georgetown’s shooters like D’Vauntes Smith-Rivera, L.J. Peak, Rodney Pryor, Marcus Derrickson, Jessie Govan, and Greg Malinowski have not demonstrated that Hoyas can be timely heroes at Hinkle.

Do players better see the hoop with the gym’s different depth? Is there some Hoosier-Hoya-Hinkle-magic? Did Indiana-native DSR share some tips with the squad? Which game stands out in your memory?

Last year Malinowski had the game of his life against Butler and Mac McClung sat out. Other years include two or more players hitting at a high percentage, so perhaps a healthy tandem of Omer Yurtseven and Mac McClung could shoot 24 for 36. Or maybe Jahvon Blair and Jagan Mosely go 14 for 24 from three? We can hope.

This year, Butler has the second-best opponent field goal percentage (39.6%) in the conference, yet has the second-worst opponent three-point percentage (34.9%). The Bulldogs also keep the possessions and field-goal attempts low. If you’re Patrick Ewing, you likely want to speed things up (surprise!) and keep in mind that a healthy helping of threes is not a bad thing against this Butler defense—especially considering the solid three-point shooting performances from some select Georgetown players over the past handful of years.

A large dose of Terrell Allen feeding Yurtseven and Qudus Wahab in the post might be the prescription, but working the ball around and giving Blair and/or McClung (if healthy) an even greener light is my gut’s recommendation for Saturday.

One big thing jumps out over the past two trips to Indiana: Jamorko Pickett is 2-12 from the field (2-9 3PT) in his career at Hinkle (2 games). Moreover, he’s 9 for 47 from the field (5-22, 22.7% 3FG) over the past 5 games from today (6.4 ppg) and probably should not shoot the ball unless he visited an eye doctor this week. (Sorry, JP). I think he should take a page from Blair’s book and try to get to the free throw line to jump-charge his shooting mojo.