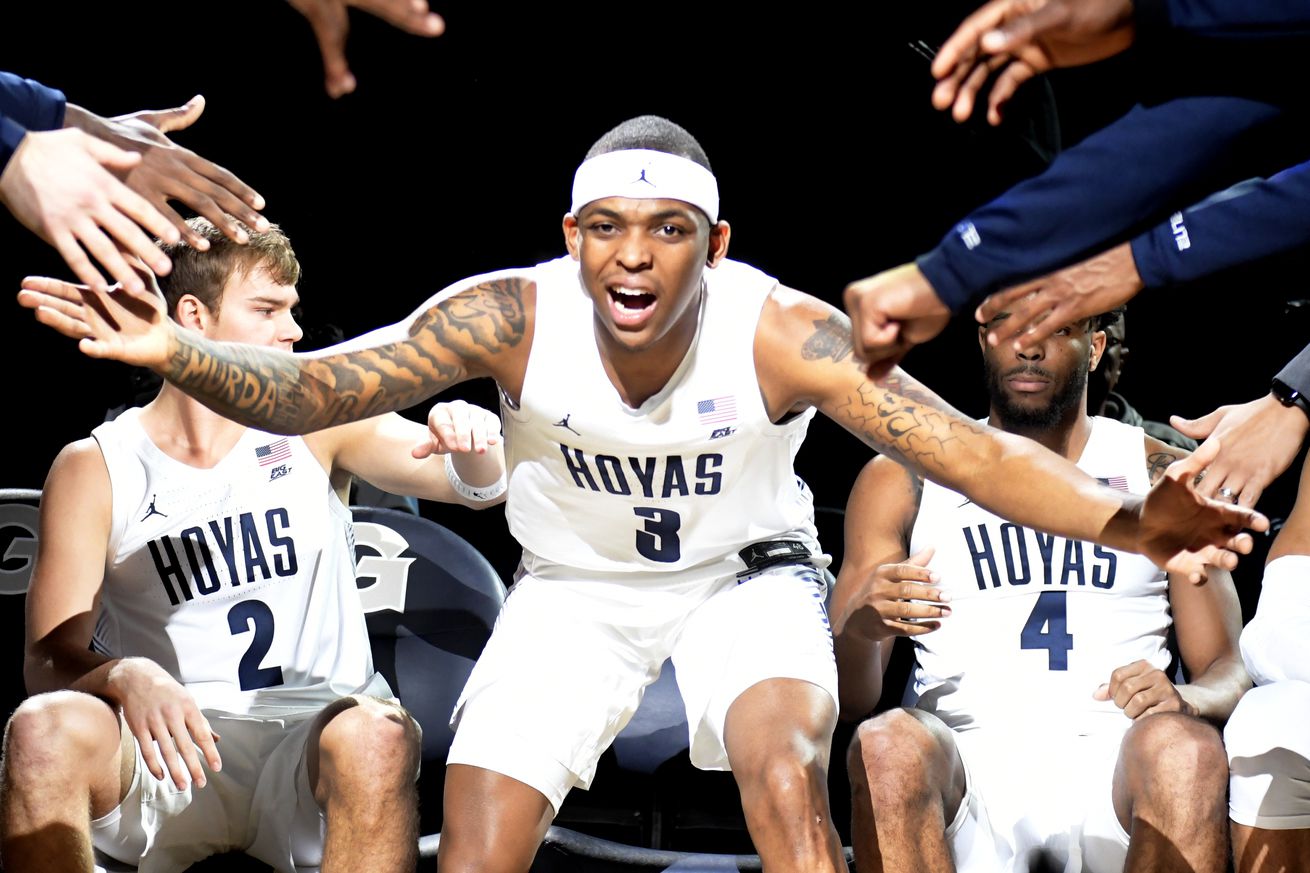 Georgetown looks to knock off #22 Texas, #1 Duke… and Cal

The Georgetown Hoyas will face the #22 Texas Longhorns at Madison Square Garden as part of the first day of the 2K Empire Classic Championship Rounds at 7 pm on November 21, 2019 (ESPN2).

The Duke Blue Devils will face the California Golden Bears after 9 pm. The winners and losers of each game will match up, respectively, on Friday.

Texas has started 4-0 in the 2019-2020 season, including a 70-66 road upset win over then No. 23 ranked Purdue, and it has caught the eye of AP Poll voters. Due to the Longhorns’ undefeated start of the season, the team has made it into the AP Top 25 rankings in the third week of the college basketball season. Texas is ranked No. 22 in the nation.

Texas Basketball: 3 thoughts after undefeated start for the Longhorns | HOOKEMHEADLINES

Texas basketball is mostly riding the efforts of the bench scoring and junior guard Matt Coleman so far. Coleman is shooting better than 55 percent from the field and a whopping 58 percent from three-point range. While those numbers aren’t likely to keep up for too long, it does continue a trend he started heading into his sophomore season of improved offensive efficiency.

Coleman has an offensive rating above 130 and a box plus/minus rating above eight. He’s posting numbers out of the gate that he didn’t even come close to touching in his first two seasons with the Longhorns. It would be great if he could even come close to staying within that realm of efficiency on the offensive end for the rest of the season. If junior shooting guard/small forward Jase Febres is going to continue his inconsistent start, the Longhorns need to get additional floor spacing from another source. Sophomore guard Courtney Ramey and Coleman should be the source for that to happen. Combine the microwave scoring from Williams and Jones off the bench, and Texas could be in a really good situation.

A factor we did not mention on this week’s episode is the high reliance by BOTH Texas and Georgetown on their top 3 players.

Each trio accounts for 50+% of their team’s shots.

Shaka Smart on the #CollegeHoopsToday Podcast: Texas’ 4-0 start, Andrew Jones, and whether or not this can be his best team yet in Austin. https://t.co/kcteoBG9Fx

The first half featured a paradigm that is becoming too familiar — attempts to play at pace with an inability to make good looks from deep and a reliance on taking those shots, especially early in the shot clock. Texas led 26-22 at halftime. Texas only made four of 18 attempts from beyond the arc in the first 20 minutes with a number of culprits.

Andrew Jones took six attempts and only made two, while Jase Febres and Courtney Ramey combined to make one of eight shots. All of those players are capable of shooting a higher percentage, but Febres is shooting too quickly at times because opponents are closing his windows. Jones looked like he was playing for his own results with some quick triggers and Ramey continued a yo-yo season that now features 16 points in the opener, one point against Purdue, 19 points against Cal Baptist, and zero points against Prairie View A&M.

Overall, the Texas defense was able to force Cal Baptist to shot 34.5 percent from the floor while forcing 16 turnovers, including 10 by the experienced lead guards for the Lancers. The Longhorns aim for 32 deflections in every game and had 39 on Tuesday — the defense had extremely active hands. As a result, a team that entered the game averaging 102.5 points in its first two contests was held to 54 by the Horns.

“I think they’re committed defensively,” [Coach] Croy said. “[Texas] made it real hard on us. We like the three ball and they put a tremendous amount of focus on taking away the three and making us shoot over hands. They’re long and athletic.” Smart said that when the Longhorns gave the Lancers open looks, Cal Baptist took advantage virtually every time. So this is a game that Texas could have lost had it let those experienced, aggressive guards get more open looks from distance.

Minutes. Points. Rebounds. Assists. @gerald_liddell with career highs across the board in his first start. #AllForTexas pic.twitter.com/tzwzKh7rVX

While he’s a bit undersized at 6’8 — he’s not a true four — Gerald Liddell played much bigger than his size on the glass against Purdue’s big bodies. On a night where Purdue out-rebounded Texas 31-23, Liddell led the Longhorns with eight boards. Along with his strong rebounding, Liddell impressed with some effective ball fakes on his way to several layups around the rim. The sophomore played with a ton of confidence on both ends and even knocked down a few long range jumpers. Liddell’s offensive skill set and fluidity on the court looks like a small forward, but he plays like a power forward on the defensive glass. Texas will continue to need that kind of energy on the glass until freshman Will Baker and Kai Jones develop more.

Yurtseven has four straight double-doubles for the Hoyas (3-1).

Georgetown plays No 22 Texas on Thursday at MSG

Matt Coleman has continued to develop his game as a complete player becoming a threat offensively. In addition, Andrew Jones can provide a scoring punch off the bench effectively. Also, Jericho Sims is providing the energy on the boards and finishing around the rim. Defensively, Texas has stepped up and given them an identity.

With Georgetown, … Mac McClung must be able to be a more effective shooter than he has been to start the season. In addition, the wings must emerge as well, with Jamorko Pickett and James LeBlanc offensively while maintaining a strong defensive presence. Georgetown needs a breakthrough game and will find a way to edge out Texas in this matchup.

Please join the Hoya Hoop Club for our Thursday night Tip-Off Event starting at 5:00 p.m. at 5th & Mad located at 7 E 36th St. Duke and Cal will square off in the nightcap at approximately 9:00 p.m.