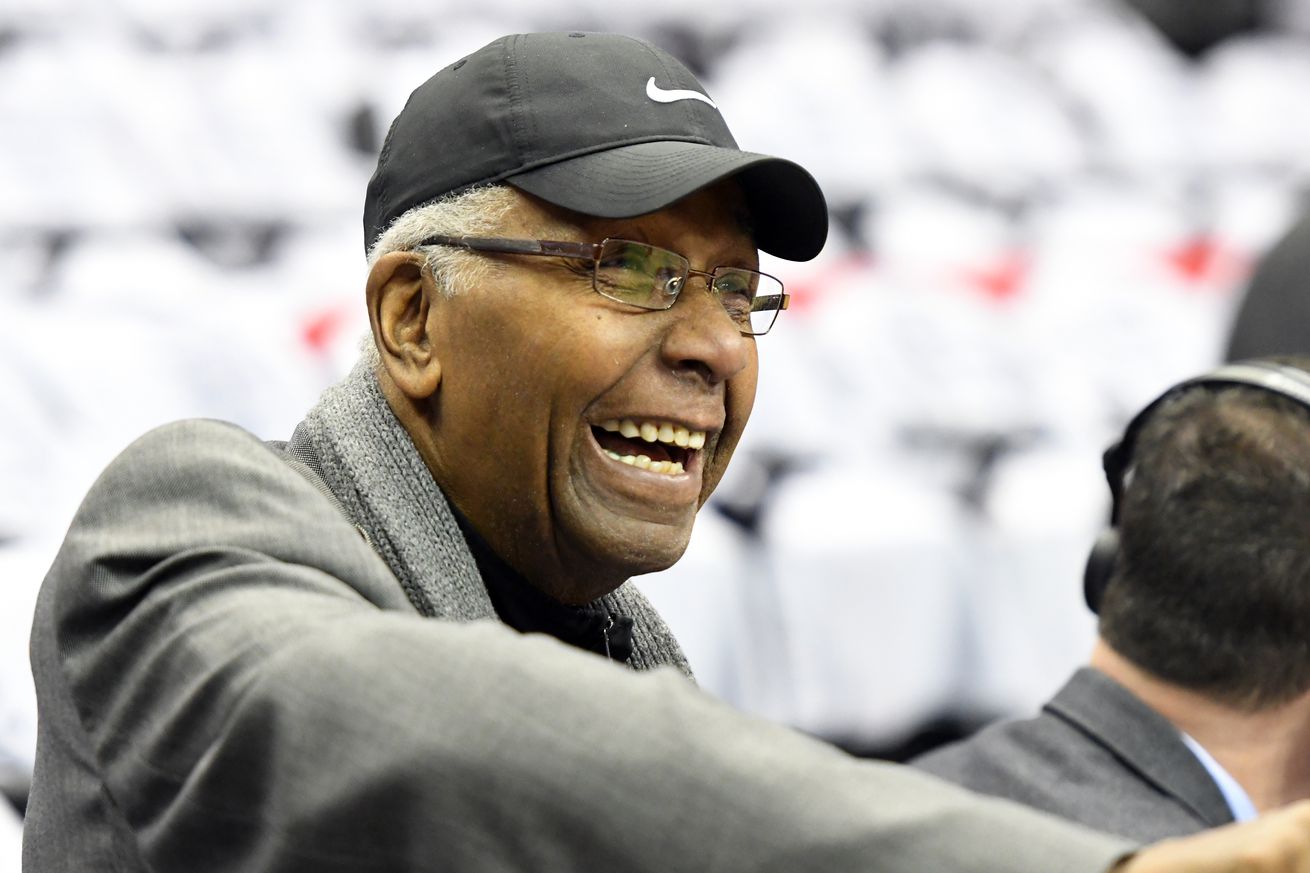 The 3:27 video is worth a watch even if it’s just to see the Junk Yard Dog, Jerome Williams:

A Washington Post article about her retirement in 1999 detailed that the former nun was one of the first members of the staff hired by Thompson. The Georgetown players, especially freshmen, had to “log their weekly progress in every course in ‘Mary’s book’” with test scores, grades, and assignments to be completed.

The article continues to say that, in addition to academic duties, Ms. Fenlon served as John Thompson’s administrative assistant and would “screen[] his phone calls, control[] his schedule and usually was the person who shooed reporters from the Hoyas’ dressing room.” The article also reminded that Ms. Fenlon sat on the bench at nearly all Georgetown games and traveled on many of Thompson’s trips, including the 1988 Olympic Games.

An AP article from 1996 identified her success, saying that “72 of 74 basketball players who stayed at Georgetown four years received their degrees.” The article also has some great quotes from some familiar names:

“She’d curse you out if you messed up,” New York Knicks center Patrick Ewing said. “And if you needed a pat on the back, she’d pat you on the back. Mary is just a great lady.” …

”It’s not a basketball thing with her,” said sophomore Allen Iverson, the latest Georgetown star to wrestle with thoughts of leaving early for the NBA. “I love Miss Fenlon to death because of how she gets on me about my work in class. She wants me to put that first. She keeps everything in perspective.” …

“Basically, she just picked up where my parents left off,” senior Jerome Williams said. “Discipline is one of her fortes.”

Of course, Allen Iverson thanked Mary Fenlon in his Naismith Hall of Fame speech in 2016:

His coach at Georgetown was one of his first mentions.

”I want to thank Coach Thompson … for saving my life, for giving me the opportunity…”

Recognizing the contributions of Ms. Fenlon Thursday night was one of the highlights of my time here at @Georgetown What an amazing person! So deserving of the Hall of Fame induction! ❤️ #ThxMsFenlon https://t.co/hGaXhFNXwi