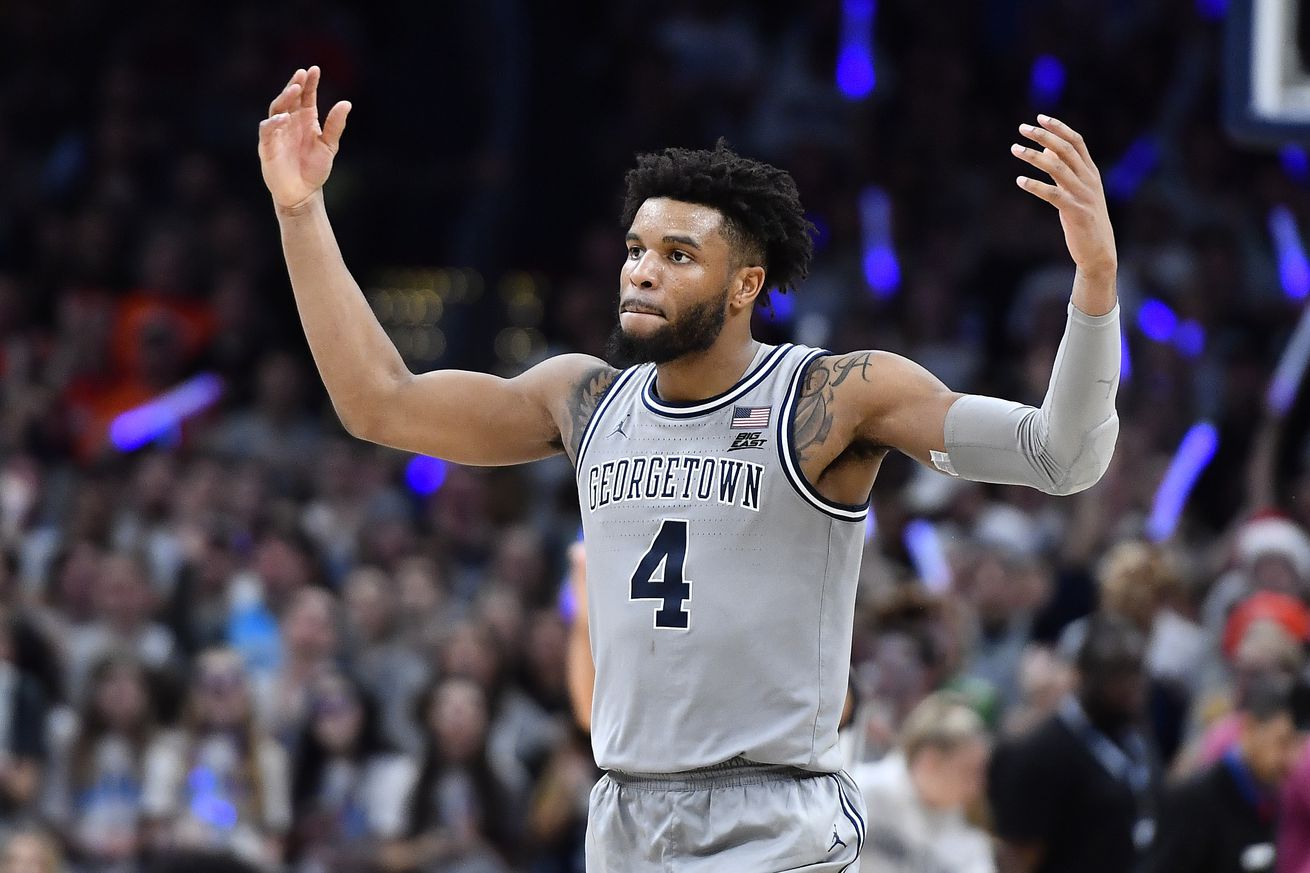 After three straight quality wins, the last over their historic rival, and weeks of program turbulence, your Georgetown Hoyas would have been forgiven a bit of an exhale Tuesday night when they hosted lowly UMBC. A letdown might have been expected for a mid-week, mid-December, mid-finals, non-conference match-up in front of, at best, several dozen friends and family. But Georgetown barely missed a beat, scoring the game’s first 14 points en route to an easy 81-55 win. Omer Yurtseven powered home 22 points and 13 rebounds, both game highs, to lead four Hoyas in double figures.

While, ahem, casual, Georgetown’s fourth straight victory wasn’t exactly pretty early on. The Hoyas started just 4 of 12 from the field, and the visiting Retrievers were even worse, going nearly 7 minutes without managing a single point. What Georgetown lacked in pinpoint accuracy, however, it made up with energy, manufacturing easy points in the open court. Jagan Mosely hit Terrell Allen in the corner for a transition three, then Mosely and Qudus Wahab teamed up for an open-court steal that lead to the improbable breakaway dunk for the freshman big fella. A Wahab rebound led to a probing Allen drive that found Mac McClung cutting backdoor for a lay-in.

By the time UMBC actually started connecting, the points were coming more easily for Georgetown. Yurtseven alternately powered through and just shot over the top of undersized Retriever bigs. Jamorko Pickett (12 points before leaving early with what appeared to be cramps) hit shots from the post, the mid-range, and deep. Jahvon Blair (15 points, 7 rebounds) continued a torrid shooting streak of late, connecting on a pair of threes to put the Hoyas up 17 midway through the first half.

Previous versions of the Hoyas might have kicked back, satisfied with a double-digit lead. But this skeleton crew enjoys no margin for error, and so continued to push forward. Early in the second half, Georgetown put the game away on a particularly impressive sequence. Blair gathered the ball on a Mosely open-court steal and lasered it to Yurtseven for a wide open dunk. Seconds later, Blair again whipped the ball cross-court to McClung, who got a running start to the corner for an emphatic reverse.

For those of you eagerly anticipating Mac McClung’s first highlight reel dunk of the season, the wait is over. #HoyaSaxa pic.twitter.com/iiYuQdBxTD

After Mosely found Yurtseven lurking around the rim for another easy bucket, it was finally Jagan’s turn to dial his own number, as he swooped in for the first of a pair of patented long-armed dunks from the right win. The Hoyas were rolling, up 29 points with nearly a third of the game yet to play.

All that extra time allowed for some blowout oddities that we frankly haven’t seen enough of in recent years. Recently Promoted George Muresan was afforded a robust 8 minutes of play, much to the fan(s)’ pleasure. Wahab got double that run, often as the focal point of the offense, finishing with 10 points, 9 rebounds, and 3 blocks, all bests for his young career. And curiosities like Timothy Ighoefe, Jaden Robinson, and Chuma Azinge all shed their warm-ups for a flicker of game action.

While UMBC didn’t afford much competition, there were several impressive aspects to the Hoyas’ win. First and foremost, Georgetown did not screw around, taking a big lead early and keeping it throughout. The Hoyas also managed a commanding lead even as the things that have gone right over the recent winning streak — three-point shooting (31 percent against UMBC), Mac’s scoring (4-12 FG) — hit a bit of a cold snap. Instead, Georgetown pounded the ball inside, shooting 55 percent from inside the arc, led by Yurtseven’s 11 of 14 from the field.

Georgetown has a couple more of these not-quite pushovers before conference play, the best of which, Samford, rolls into town Saturday. Until then, Hoya Saxa.