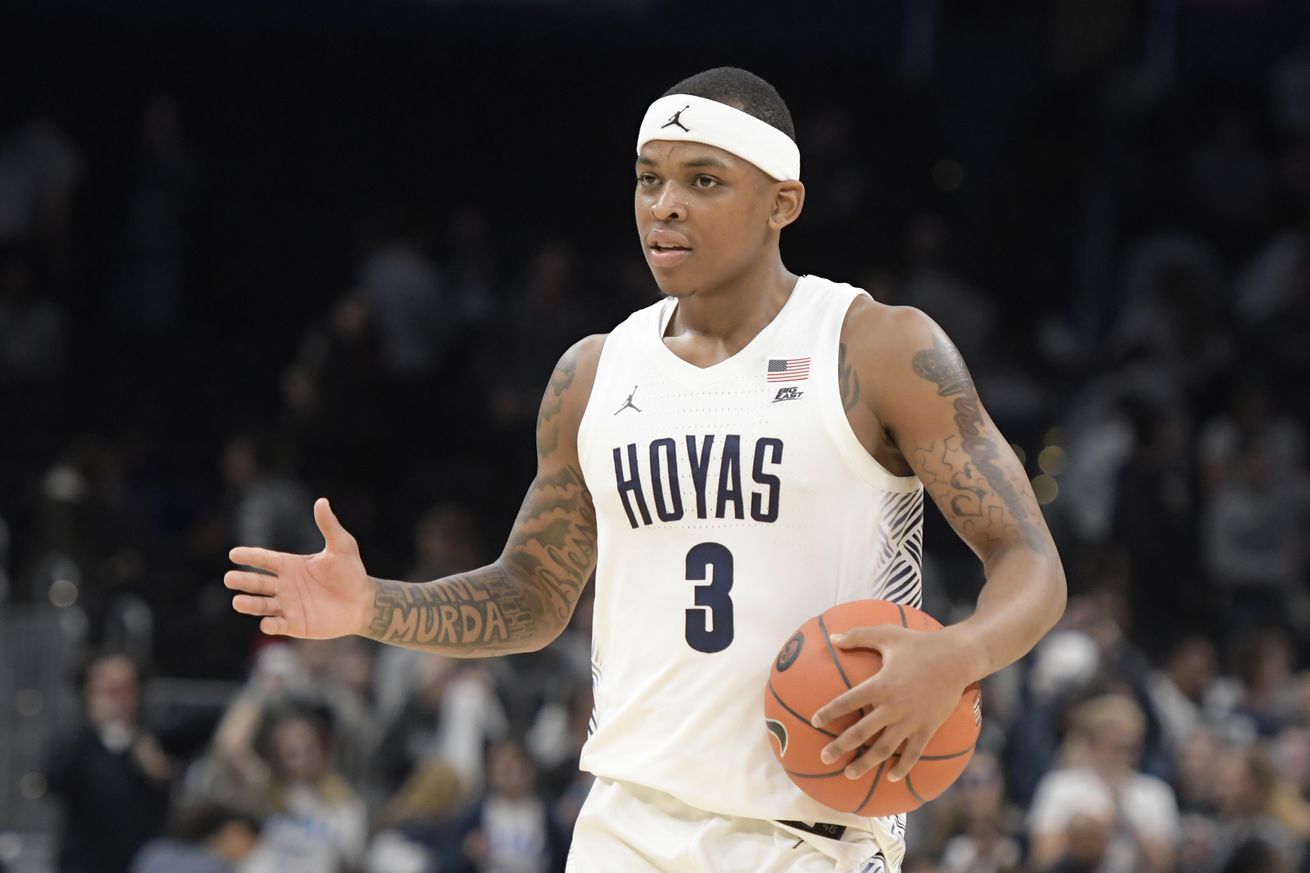 What a disappointing, yet almost expected, performance. The Georgetown Hoyas (4-3) got themselves beaten by the UNC Greensboro Spartans (6-2) on Saturday afternoon at Capital One Arena, 65-61.

The Spartans arrived as billed with a tough defense looking to turnover a Georgetown team often criticized this season for not being particularly careful with the ball. Georgetown had 19 turnovers for the game.

What Ewing and the Hoyas didn’t expect was to shoot so poorly coming back to DC after two good efforts at MSG. James Akinjo shot 4-15, including 1-6 from three with only one assist. Mac McClung shot 3-10 with 1-2 from the arc and two assists. With Omer Yurtseven shooting 3-12, the rest of the team was actually 11-20 (21-57 total; 5-16 3PT). Omer had four turnovers in limited time due to foul trouble, again. Outside of two nice assists by Allen, there weren’t many open looks and the Hoyas’ plays appeared to be taking turns going one-on-one.

True to most strategies involving a trapping press, each team lived and died by a scoring run (or drought). The Hoyas were handed a good opportunity to run away with the game when a top-scorer in Kaleb Hunter left with a leg injury, but failed to capitalize. UNCG made the first and last run of the second half and the Hoyas dropped the ball.

The Hoyas started out with their usual starting five—James Akinjo, Mac McClung, Jagan Mosley, Jamorko Pickett, and Omer Yurtseven. The first half was a game of short-runs with GU trying to pull away and UNCG landing a counter-punch in response.

Neither team shot the ball well in the first 10 or so minutes, with GU shooting 7-19 and UNCG shooting 2-14. Both teams only had two turnovers apiece. Yurtseven had the two turnovers and shot 2-6 in this early time and then had to sit with 2 fouls. For UNCG, Kaleb Hunter went down for the game with a leg injury on a failed dunk against Qudus Wahab and Isaiah Miller missed some minutes after bumping heads with Akinjo. Miller returned, HUnter did not.

Georgetown proceeded to have issues with the Spartan press and gave the ball up three times which led to UNCG only down one, 18-17 with 7:40 left in the first half. Still, even when the Spartans tied it at 20 and 22, it still felt like Georgetown was in control. The Hoyas had a two point lead, 24-22, a few minutes later at 4:32, but had committed a handful of turnovers in a few minutes to make it 7 total. By the time there was only 1:40 left, the score was 28-24 after a pair of Akinjo free throws. McClung made a three off of an Akinjo assist, but UNCG’s Michael Hueitt, Jr. returned the favor. Mohammed Abdulsalam got his second steal and made a layup and James Akinjo split a pair from the charity stripe.

The second half started slow for the Hoyas. Georgetown only scored 29 points in the half, shooting 9-29 and 2-8 from three. In fact, Georgetown’s first field goal was a Terrell Allen layup 7 minutes into the half. There were 11 turnovers—most due to the press, but plenty looked unforced.

That’s not to say there weren’t moments were Georgetown looked like they were about to run away with it. After the Spartans 13-3 run in the first 5 minutes to begin the half to make the score 42-35, the Hoyas held UNCG to 42 for four minutes to start a run of their own.

The Hoyas’s 14-2 run was good enough to get a 49-44 lead with ten minutes left. Part of the Hoyas’ good fortune was due to Isaiah MIller’s foul trouble, but Ewing’s “second unit” pressed well and Terrell Allen had a couple nice assists for big threes from Jahvon Blair and Jamarko Pickett. Blair committed an offensive foul on a screen and turned the ball over, and then fouled again on the in-bounds, and the momentum had turned.

UNCG tied it up at 49 with 8:30 left, and Myron Gardner was the only one scoring for the Hoyas (a layup, a jumper, a free throw) to go up three. Down 51-54 with 6:34 left in the game, the Spartans made a 7 point run that the Hoyas would not respond to. UNCG began beating the press fairly easily with layups, dunks, and threes.

For Georgetown, this game, two days after Thanksgiving, will be marked by poor shooting from their “Big 3” of Akinjo, McClung, and Yurtseven (10-37, 27%). To be honest, there weren’t many open looks for the Hoyas throughout the game, but their legs didn’t look very strong or fresh either.

UNCG was prepared to use a couple defensive looks to successfully disrupt Georgetown’s offense. Forwards James Dickey and Mohammed Abdulsalam defended Yurtseven and Qudus Wahab well. Abdulsalam had 7 of the Spartans’ 14 steals, with 5 of the 8 total second half steals.

Defensively, Georgetown caused 16 turnovers, but failed to capitalize with many points. GU also left too many guys open when trapping and going for steals. Again, UNCG looked prepared in moving the ball around to find the open man while the Hoyas’ help defense chased all over.

There’s no rest for the weary as the Hoyas (4-3) hit the road for Oklahoma State on Wednesday and SMU next Saturday before coming back home to take on Syracuse on the 14th.