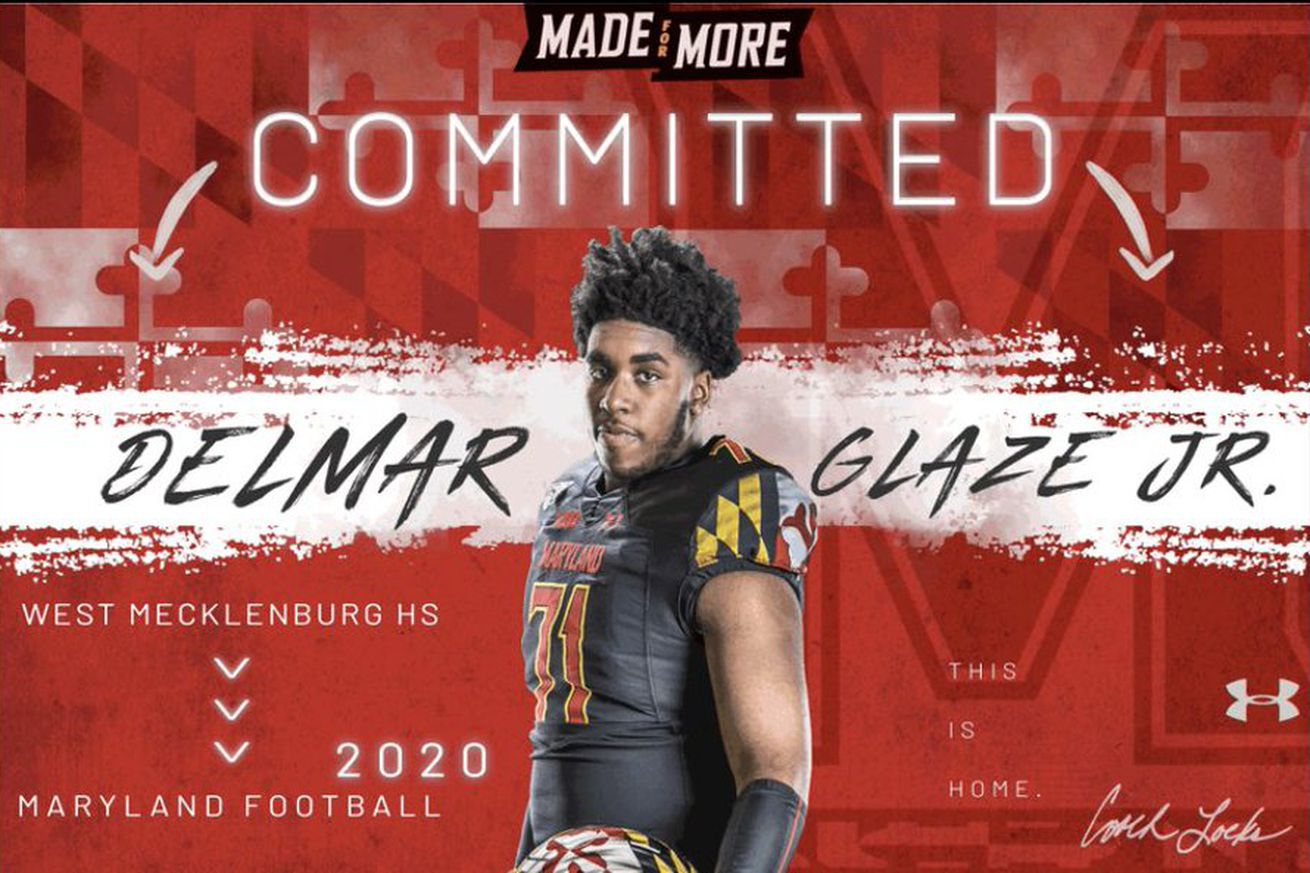 The Terps continue to pick up traction ahead of the early signing period.

“Thank God for giving me the opportunity to play this game,” Glaze said in his announcement on Twitter. “And thank you to the Maryland coaches for giving me this chance to play on the next level.”

Maryland was able to build a relationship quickly with Glaze — extending an offer on Nov. 23 and gaining his pledge just days following his official visit. The Terps were his only Power Five offer so far, but he had options in Connecticut, FIU, UMass and more.

Glaze, a North Carolina native, stands at 6’5, 315 pounds — further solidifying that head coach Mike Locksley and his staff are looking for real upgrades in size on the offensive line. His upper body and arm strength have been key contributors to his success as a blocker so far in his career, but he also exhibits the ability to seal off the edge and downfield speed in the run game.

Glaze is the seventh commitment after this past weekend’s slate of visits began on Dec. 6.

The offensive line has been a major point of emphasis for Locksley and his staff, as they added 6’3.5, 325-pound junior college guard Johari Branch on Saturday and are still lining up other potential targets .

Maryland’s 2020 class now contains 21 committed players and ranks No. 41 in the nation. A large of number of players already committed and other visitors will also be on campus this coming weekend as the staff works to solidify its base before the early signing period begins next week.