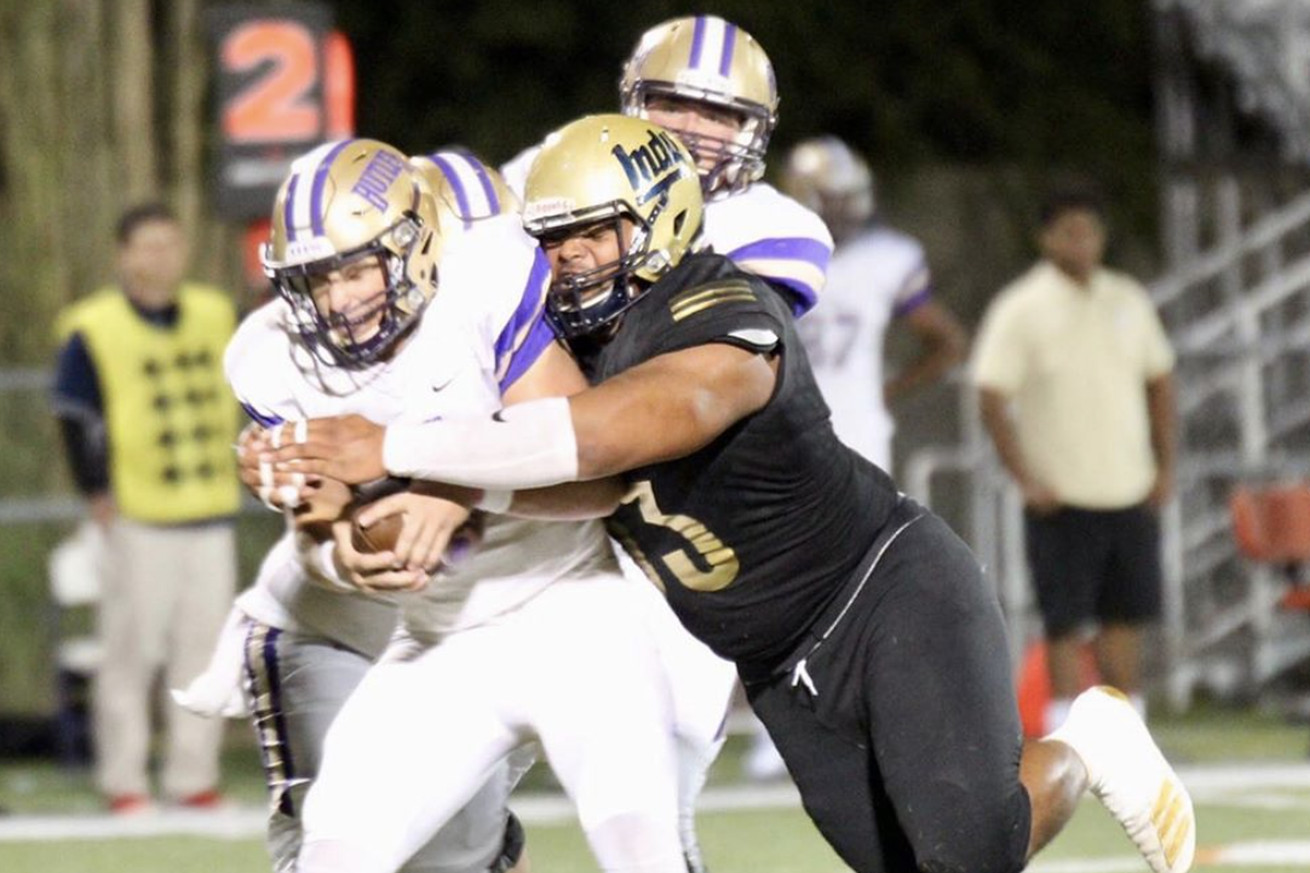 The Terrapins secured yet another commitment during a major weekend of visitors.

“The struggle ain’t for everybody,” Nasili-Kite said in his announcement. “But I was always told that God gives the hardest trials to the toughest warriors and I’m excited to say I prevailed against the odds. I paid my debt for my past mistakes and am extremely thankful for the position I am in my life.”

Nasili-Kite originally joined the Washington Huskies as part of their 2018 class, but was dismissed from the team in the summer of 2019 after his redshirt season. He then transferred to Independence Community College, which was prominently featured on the Netflix series Last Chance U as a place for players to bounce back up to the Division 1 level.

Standing at 6’2, 298 pounds, Nasili-Kite is a strong-side defensive end who brings a mix of power and speed to the defensive line. In six games as a redshirt freshman in 2019, he tallied 13 solo tackles and 19 assists along with one sack.

Nasili-Kite will have three years to play three seasons, according to 247Sports.

He becomes the fifth commitment for Maryland this weekend, and the fourth player from Independence CC to join the fold. His teammates included offensive guard Johari Branch, who announced his pledge Saturday, while defensive tackle Ami Finau and linebacker TJ Kautai announced their commitments Sunday. Those junior college prospected were also joined by high school running back Kyjuan Herndon out of Florida on Sunday.

With these additions, Maryland’s 2020 class now has 19 commitments and is listed at No. 45 in the nation and No. 11 in the Big Ten, according to the 247Sports composite.

Mike Locksley and his staff hosted a massive group of players over this weekend and will have one more opportunity next weekend to make inroads with 2020 recruits before the early signing period from Dec. 18-20.