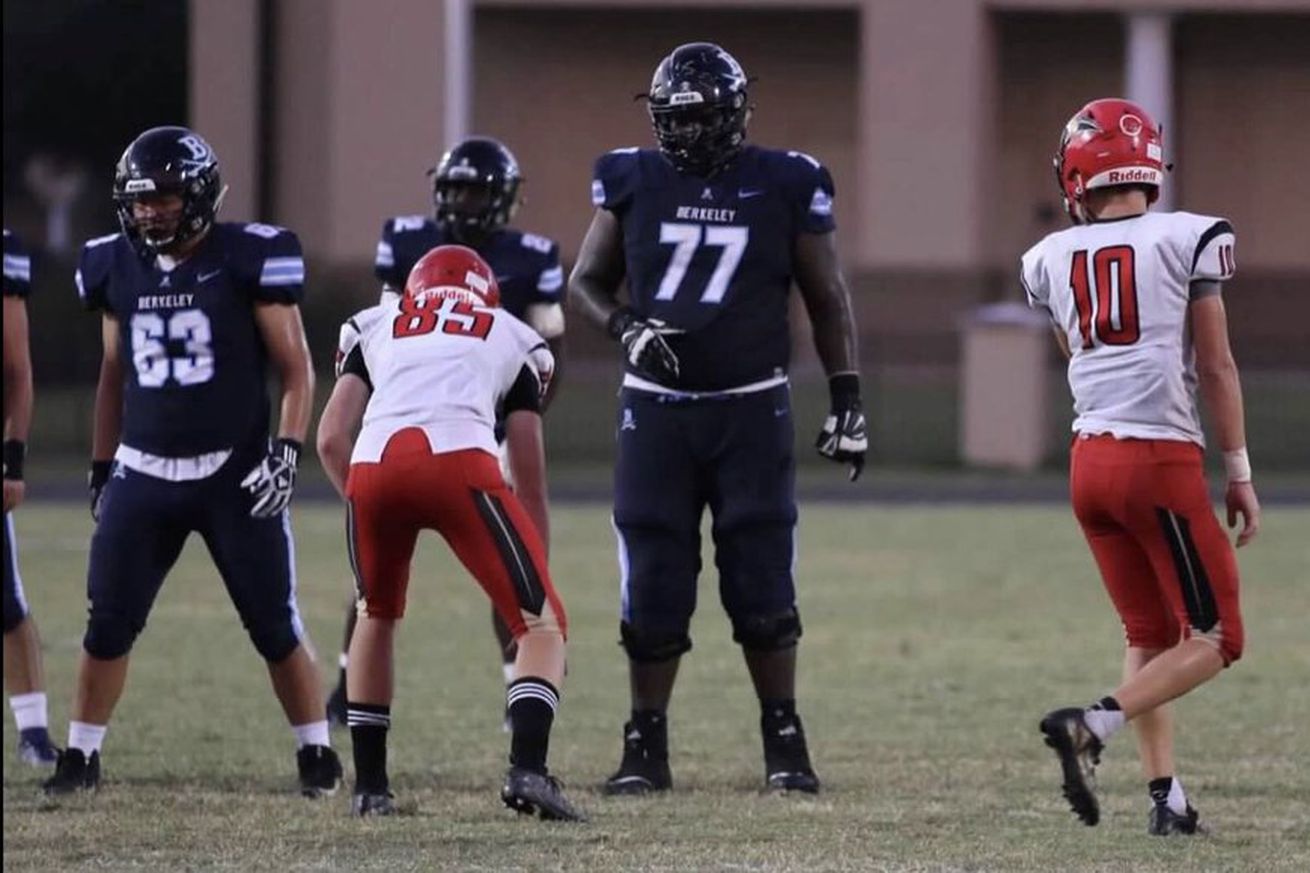 The Terrapins scoop up their third offensive lineman in six days.

“First I would like to thank GOD for putting me in this situation,” Perkins said in his announcement tweet. “I’d like to thank my family and coaches for all of their support. With that being said, I am 100% committed to the University of Maryland!”

Perkins was originally committed to Marshall University, but decommitted on Nov. 26.

Similar to offensive lineman Delmar Glaze, the recruiting process was fast for Perkins as he received an offer from Maryland the same day he decommitted from Marshall. He then opted to commit to Maryland before his scheduled official visit. He is the third offensive lineman to announce his pledge to Mike Locksley in six days.

Perkins, who hails from Tampa, Florida, chose the Terps over offers from FAU, FIU, Marshall, Kentucky and more. He also garnered interest from other Power Five schools, but Maryland and Kentucky were the programs that extended offers.

At Berkeley Preparatory School, the 6’4, 321-pound Perkins played as a guard and tackle along both sides of the offensive line. His size and power were unmatched by the majority of his opponents — leaving nothing further to be desired in his highlight tape.

With Perkins in the fold, Maryland now has 22 commitments in the class of 2020, which sits at No. 38 in the nation, according to the 247Sports composite rankings.

Another big official visit weekend is on hand for Mike Locksley and his staff, as they will host a mix of committed and uncommitted players in College Park. Look for the staff to continue riding its recent momentum and try and shore up areas on the depth chart that require a stronger focus.