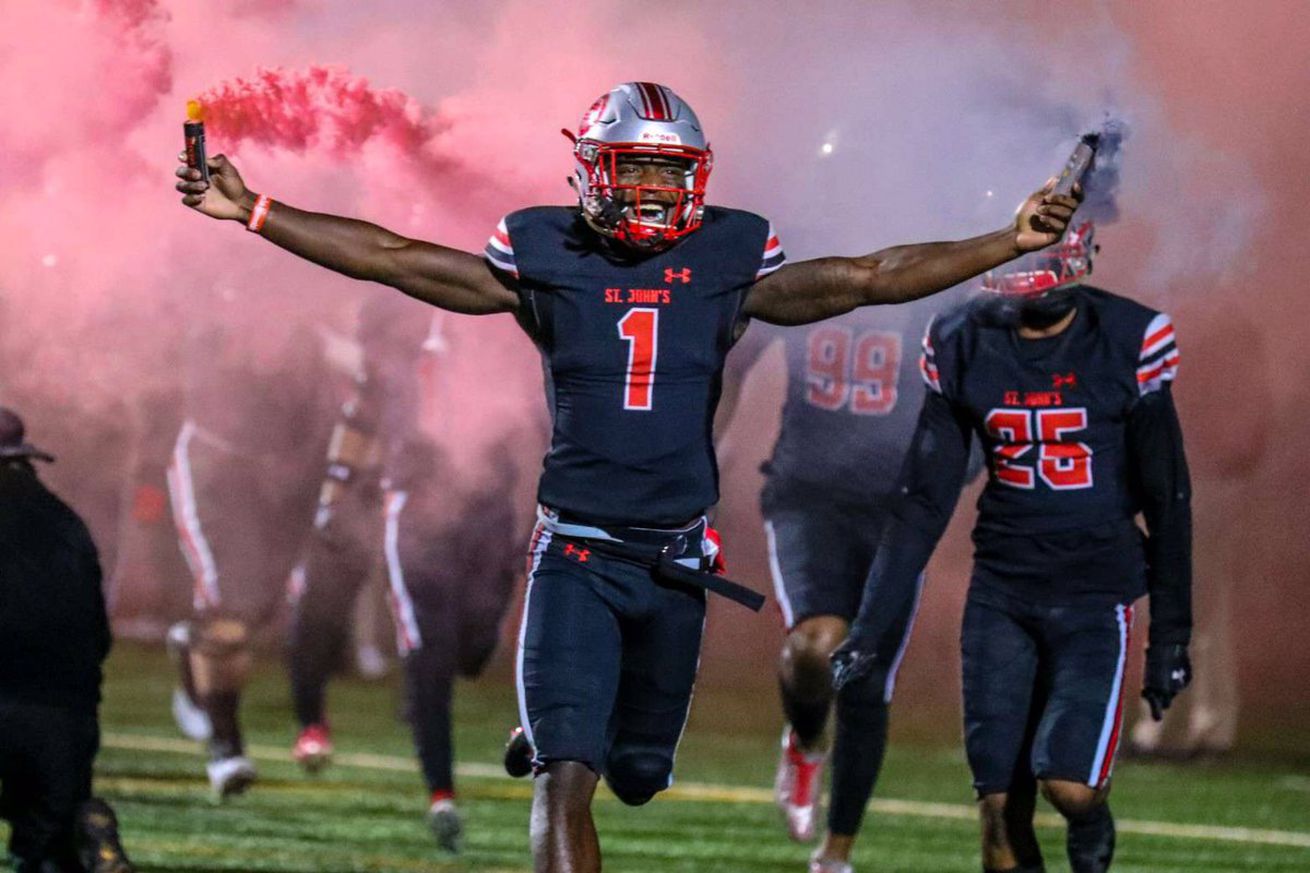 The St. John’s product had been a longtime LSU commit, but decided to stay home.

Mike Locksley promised to keep the top talent home when he became Maryland football’s head coach last year. Heading into early National Signing Day, that didn’t seem like it would be the case for the 2020 class.

But he pulled off quite the surprise Wednesday, as five-star wide receiver Rakim Jarrett flipped from LSU to officially sign with Maryland football.

Jarrett is listed as the No. 20 player in the nation and No. 2 wide receiver, per the 247Sports Composite. He is Maryland’s first five-star commit since Damian Prince in 2014.

“What’s a better place to do it than your city.. see y’all in the fall,” Jarrett said in his announcement on Instagram — which is a reference to the commitment of fellow DMV receiver Stefon Diggs, who still stands as the highest-rated signee in Maryland history.

Standing at 6’0, 208 pounds, Jarrett provides size and speed at the receiver position and was a dominant force in the WCAC. He was also tabbed as the All-Met offensive player of the year by the Washington Post, and subsequently was a first-team selection.

Maryland was able to host Jarrett on an official visit during the first weekend in December, giving Locksley and his staff time to sell the program to the DMV product.

Jarrett joins a 2020 freshman class that includes three-star receiver signees Deajaun McDougle and Nick DeGennaro, as well as a commitment from fellow DMV product Corey Dyches at the position.

While the ratings greatly fluctuate on signing day, at the time of his commitment, Jarrett boosts Maryland’s 2020 class to No. 27 in the nation and No. 6 in the Big Ten.