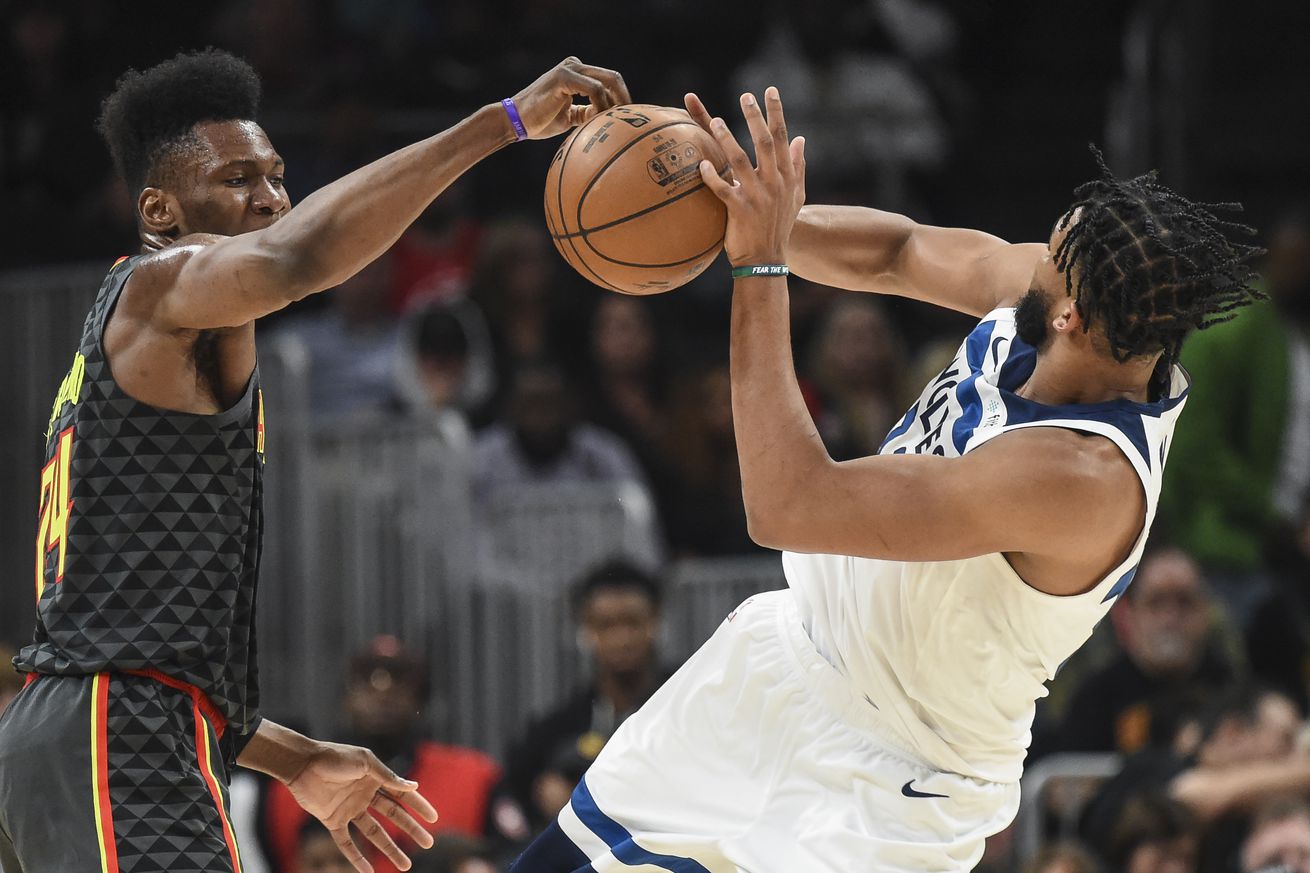 The former Terp played his fourth game in four days, but that wasn’t slowing him down one bit.

ATLANTA — With 8:12 left in the fourth quarter against the Timberwolves, Bruno Fernando took a pass from fellow Hawks rookie De’Andre Hunter behind the arc and quickly nailed a three-pointer to score a career-high 13 points.

The swish was the perfect way to break his prior 11-point mark, almost mocking those who have long said he can’t shoot from deep.

Though the Hawks lost 125-113, the former Terp finished with four rebounds, one steal, one block and one assist in addition to the 13 points on 5-for-6 shooting from the floor. He only played 17 minutes off the bench, but still was third on the team in scoring and the only Hawk to record both a block and a steal.

And though it certainly didn’t seem like it from his energy level, it was the Fernando’s fourth game played in four days after putting up 30 minutes the Hawks’ G-League affiliate College Park Skyhawks on Sunday.

If you know anything about the Angola native, it’s how positive of a person he is. Some players might have been discouraged by playing a game one level down, but it gave Fernando life.

“I haven’t really thought about it as a negative thing, I just saw it as a positive for me. … I felt like it did benefit me a lot,” Fernando said. “Being able to just be on the court, that’s kind of one of the things that really as a player keeps you going and builds your confidence more and more … kind of getting your feel for the game back.”

And he showed Monday night that he deserves more time on the big stage, that he can be a spark for the Hawks down low.

In the second quarter, Fernando grabbed a missed shot from Trae Young in the paint, took a spin move around Karl-Anthony Towns and let off a smooth hook shot for the score.

On the next sequence, he was fouled and sent to the line. The rookie nailed both free throws. And with under a minute to go in the half, he once again came up clutch on the glass, grabbing a miss from Vince Carter and putting it right back up and into the basket.

“We’ve been focused on trying to get our bigs to be more aggressive, going after offensive rebounds, and he had a couple. He competed against KAT in the post a couple of times,” Hawks head coach Lloyd Pierce said. “I thought this was, especially in the first half, one of his better performances for us.”

Through the first half, Fernando was third on the team in scoring despite playing just 12 minutes, going into the break with eight points on 3-for-3 shooting, along with four rebounds. It was the best half of his young NBA career, which soon turned into his best game.

But perhaps his most impressive score came with 7:12 left in the third quarter. Off a bounce pass from Cam Reddish in the paint, Fernando once again made Towns a fool. The rookie dribbled around the two-time All-Star with another spin move, used a pump fake and then used a step-back to let off his shot and give Atlanta an eight-point lead.

“The move that Bruno had today was pretty tough,” fellow former Terp Alex Len said. “That was tough. I didn’t know he had that, so that was good.”

Fernando showed a lot of people what they didn’t think he had Monday night. He proved he belongs in this league, and he isn’t going anywhere soon.