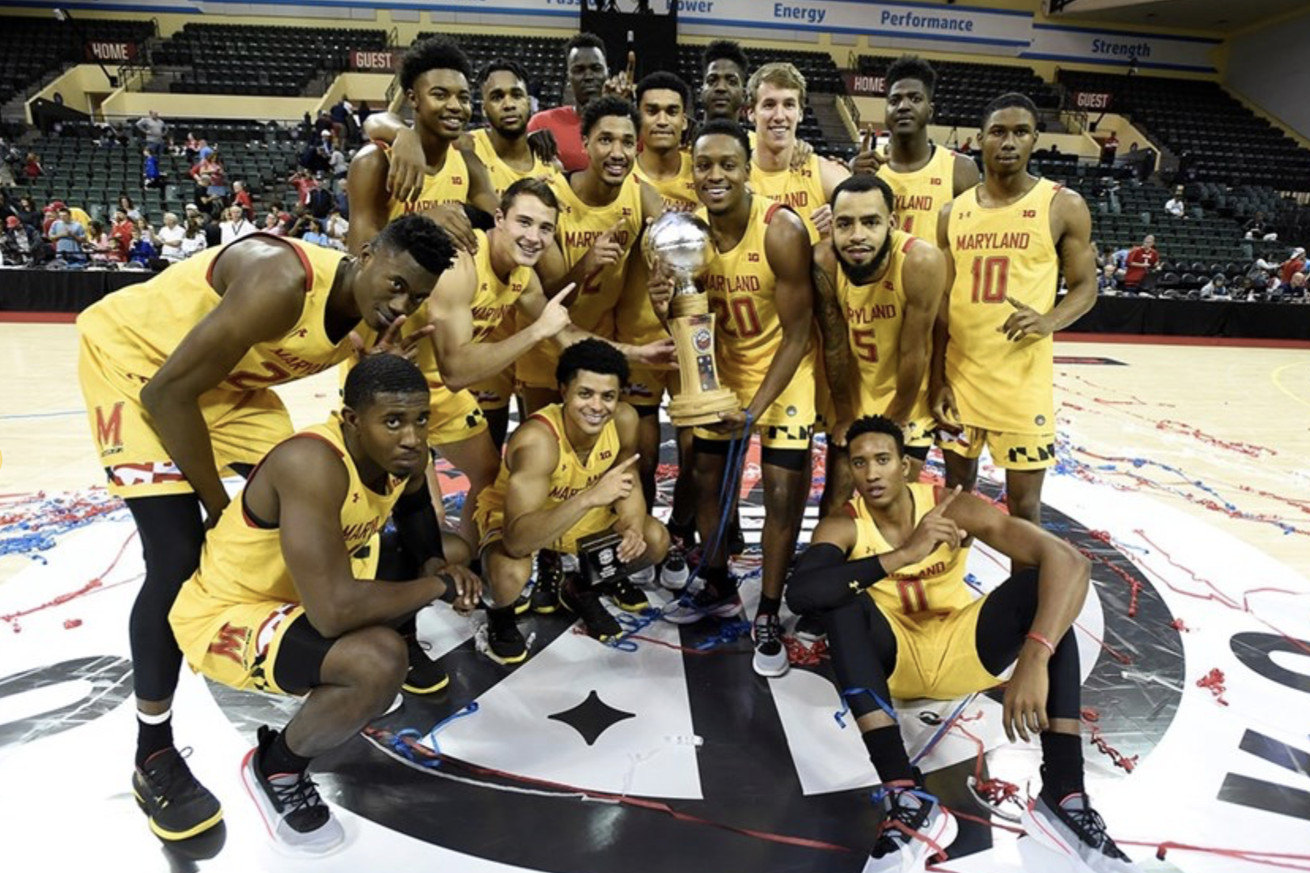 We take to the film room to examine key plays that led to Maryland men’s basketball’s domination of Marquette.

Welcome back to the Testudo Times film room. The No. 3 Terps (at the time No. 5) took home the title at the Orlando Invitational by beating Temple, 76-69, in the first round, Harvard, 80-73, in the semifinals and Marquette, 84-63, in the final round.

This tournament truly showcased the growth and maturity of Mark Turgeon’s team. Maryland was able to grind out close games due to slow starts, but then finished the tournament with a statement win in one of the best all-around performances this season — arguably of Turgeon’s tenure — against Marquette and Markus Howard.

Let’s first take a look at some standout plays from the win against Marquette.

Anthony Cowan Jr. did it all once again

Cowan was the Terps’ leading scorer in every game at the Orlando Invitational, earning MVP of the entire tournament. The senior point guard continued his dominant play in all facets of the game during Sunday’s win over Marquette.

On this play, Cowan puts the icing on the cake after a near perfect first half for Maryland. He drains the clock, makes a few dribble moves and then finishes the half with a three-pointer from NBA range. Cowan looked as confident as ever from deep during this tournament, shooting 46.2 percent from beyond the arc.

Cowan thrives in isolation sets, and he showed it on this play and throughout the tournament. Whether its an isolation set that leads to a three-pointer or a drive, Cowan has the ability to convert both.

On this play, Cowan continued to showcase his top notch skills at finishing around the rim. He swings around and comes off of a double screen from Aaron Wiggins and Makhi Mitchell to create separation from the defender.

By the time the Marquette defender catches up to Cowan, it is too late. The point guard uses his elite speed to make an explosive first step to beat his man to rim and finish in traffic. Cowan showcased his elite driving and finishing skills throughout the tournament and this was a perfect example of it.

On this sequence, Cowan recovers from a high ball screen to pickpocket Howard, leading to a hoop at the other end. Ayala scoops it up and sends it to Cowan in transition, who drives and dishes to Donta Scott for the easy finish. Cowan was a pest defensively all game long, stealing the ball three times.

The Terps were incredibly aggressive on defense against Marquette, forcing 16 turnovers —the most they forced all tournament. They did a great job of capitalizing on the turnovers during this game by converting them into easy buckets on the other end, finishing with 28 points from takeaways.

Morsell did it all in this game for the Terps; he scored, rebounded and played incredible defense all afternoon. This play was one of Morsell’s two made three-pointers of the day on three attempts.

During this sequence, the Terps utilized some nice spacing, caused in part by Jalen Smith attracting a double team at the top of the key. Morsell was able to take advantage of the space Smith created to line up a perfect three-pointer before his defender could recover on defense.

It’s a great sign to see Morsell continue to air out the three-point shot with confidence. The Baltimore native came into College Park as an extremely poor shooter from deep and he has progressed tremendously over the past three years in this facet of the game. During his freshman campaign, Morsell shot 12 percent from beyond the arc, but this season he’s shooting a 36.4 percent clip from deep.

This was an extremely timely bucket by Morsell to end a run by Marquette that had brought them within 12 points. The Terps once again utilized great spacing and swung the ball around to find Morsell for the bucket from the corner.

During this play and throughout the game, Turgeon used a lineup with four guards/wings and one big man. This was a very nice adjustment by the ninth year coach, whose offense seems to run a lot better when this type of personnel set is on the floor.

The Terps used the same exact set as the play before to execute once again and shred the Marquette 2-3 zone. This time around, the center was much quicker to rotate towards Morsell, which led to the easy bucket for Mitchell. Maryland has struggled in the past to score on zone defense, but against Marquette, the Terps proved otherwise.

Mitchell easily slips to the basket from the high post and catches the Marquette wing defender sleeping to convert the easy lay up and help seal the deal on the Golden Eagles.

Although the Terps basically led wire-to-wire in this game, this play felt like the dagger. Cowan and Eric Ayala swung the ball around while Morsell and Smith operated in the high-low post.

Morsell receives the ball at the high post and delivers a beautiful no look pass to get the ball right through the Marquette 2-3 zone for the easy slam by Smith. Morsell finished the game with his second consecutive double-double, going for 17 points, 10 rebounds and three assists, despite never having on in his career before the tournament. He also recorded a block and was a key contributor in shutting down Howard.

Smith was a bit inconsistent on the offensive end during this tournament, but his defense was superb, averaging two blocks per game. During the win against Marquette, Smith recorded three blocks — all in the first half.

Smith played great defense on this play, switching to help Wiggins and then recovering to record the block. Smith is very versatile defensively and is able to recover quickly in the paint, which he proved here.

Here, Turgeon used a great play call to get Wiggins going early. Wiggins struggled quite a bit offensively during this tournament, but he had his best game against Marquette, scoring 13 points.

We have seen this play often throughout the season from the Terps, and it oftentimes leads to easy buckets for Wiggins. The sophomore guard curls around a double screen from Smith and Cowan and gets enough separation from his man to get to the rim. Wiggins is able to finish in traffic, even as help defense meets him at the hoop.

This play was pretty simple; Maryland swung it around and Wiggins beat his man for a huge slam to start the second half. Wiggins was noticeably much more aggressive throughout this game and this was a great example of it.

Wiggins has yet to really find his groove this season, struggling mightily from the field and from beyond the arc, but this game was a huge step in the right direction for him. If this team is going to go far in March, Wiggins needs to consistently play with the aggressiveness he showed against Marquette.