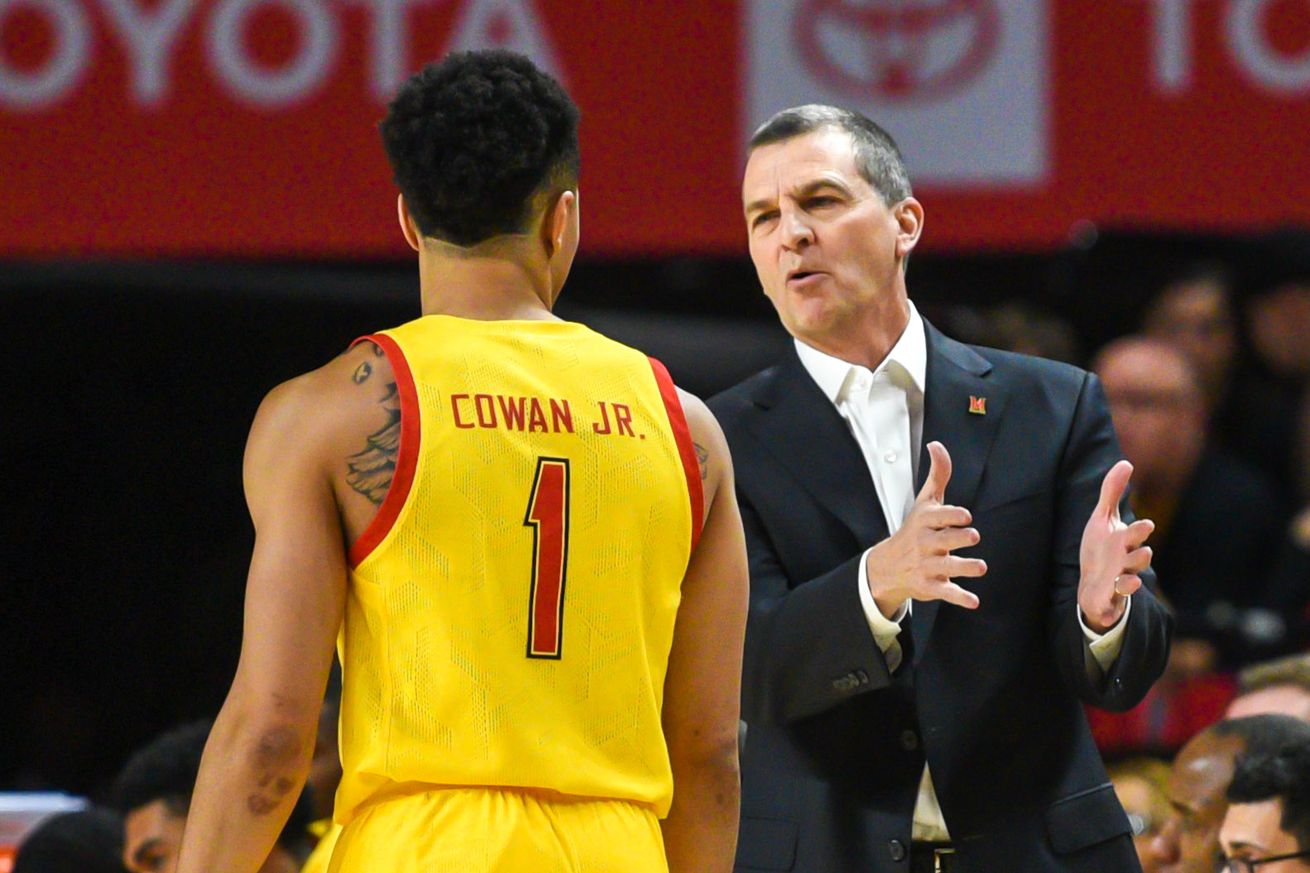 We take to the film room to examine key plays that led to Maryland men’s basketball’s sloppy, yet exciting win over Illinois.

Welcome back to the Testudo Times film room. While it may have been ugly, No. 3 Maryland men’s basketball came away with its first Big Ten win of the season thanks to some heroics by senior leader Anthony Cowan Jr.

The Terps struggled to execute all game long, shooting just 33.3 percent from the field for the game and only leading the Fighting Illini for a total of 27 seconds, but they did just enough to win the game and improve to 10-0 for the first time since the 1998-99 season.

With 28 NBA scouts from 18 different teams at the Xfinity Center, according to Jon Rothstein of CBS Sports, Cowan and Jalen Smith showed poise under pressure to lead the Terps to victory. Both of the star Terps were integral pieces in the team’s comeback and proved to the scouts in attendance their potential worth to an NBA team.

Let’s take a look at some of the standout plays from the comeback win.

Cowan has made big plays throughout his four-year career at Maryland, but this play will certainly go down as one of his best. After a broken play after the inbound, Cowan got the ball and pulled up from the “Y” in Gary Williams Court and delivered for the Terps.

This set was broken from the start with Eric Ayala almost turning the ball over on his pass to Jalen Smith, but Cowan was able to save the day and tie the game.

This was a shot that very few in the country could hit, and Cowan has now proved time and time again that he is the rock of this team. Even in a game where the Terps struggled to execute all night long, Cowan was there to pick up the pieces and keep the Terps undefeated.

On the very next play, Cowan did it again. Smith was switched into a mismatch with a guard after the high screen for Illinois, but Cowan came over to help and got the steal and foul that led to the game winning free throw.

This sequence won the game for the Terps and was just as big of a play as the tying three-pointer on the play before.

Leading up to his clutch plays in the final seconds of the game, Cowan made another great move on defense that led to the comeback win with just under two minutes to go in the game.

The Terps forced Illinois into a bad look with time winding down on the shot clock, but the Fighting Illini were able to get the offensive rebound and would have been able to take another 20 or so seconds off the clock.

From the moment Giorgi Bezhanishvili gets the rebound, Cowan is shadowing him, waiting for his opportunity to try and get a steal. Smith played great defense on Bezhanishvili and forced him to bring the ball down, allowing Cowan to come from the back and force the jump ball that led to a crucial Terps bucket on the other end.

Cowan didn’t just make plays at the end of the game, he was a crucial piece throughout. With the Terps struggling in the first half, Cowan ran a simple give and go with Makhi Mitchell that ended in a made contested layup.

The senior has done such a great job all season long with his off-ball movement in order to shake his defender, and he did so again on this play. The star point guard finished the game with 20 points, six assists, seven rebounds and three steals.

Jalen Smith continued to impress with his jumper

On this play, Cowan and Smith run a simple pick-and-pop for a wide open three. The Illinois defender brought weak pressure, but the pump fake from Smith was enough to get a nice look. This was a crucial shot for the Terps, helping lead the late game comeback.

We have seen this play used very often over the past few games with Smith looking more and more confident from beyond the arc.

Over the course of the past few games, Smith has really let it fly from downtown and has proven to be pretty successful. Smith went 2-for-5 from deep in this game and has hit on six of his last 14 attempts from three (42.9%).

Smith also let it fly from mid-range during this game. On this play, the guards swung the ball around the key and Smith got nice positioning in the post. He utilized a jab-step and was able to get his shot up right before the help defense came for the double team.

Smith finished his day with another strong all around performance. The big man had 14 points on 5-for-11 shooting and 13 rebounds to go along with another dominant defensive performance with three blocks and two steals.

Donta Scott only had two points in this game, but they were some of the most important two points of the entire game. Scott got the ball off of a bullet pass from Cowan and then bullied his flopping defender to the hoop and converted the layup.

Scott was hyped up a lot during the preseason and has certainly shown flashes during the first 10 games. This sequence should be a great confidence booster as the Terps continue Big Ten play.

Darryl Morsell now has four straight games with double figures in points after his 10 point showing against Illinois. On this play, he showed his strong aggressiveness when driving to the rim. Morsell utilizes a ball screen from Smith and then is able to score after a great jump stop and pump fake to get his defender off balance.

While the Terps did come away with the win, they did have many missed opportunities and failed to convert a lot of easy buckets. On this play, the Terps ran a nice inbounds play, which resulted in a good look for Morsell. Cowan attracted a trap in the corner and had Morsell wide open.

But the junior missed the dunk after some strong defense by Illinois, which resulted in points at the other end.

After a miss from Aaron Wiggins, Smith secures one of his six offensive rebounds on the game but proceeds to throw it away into the backcourt. After starting the half strong, this play was big in slowing down the Terps momentum.

Maryland missed many easy buckets in this game, as evident by its poor field goal percentage, but did enough to escape without a blemish on its resume. As Big Ten play progresses, this team will need to execute better offensively.