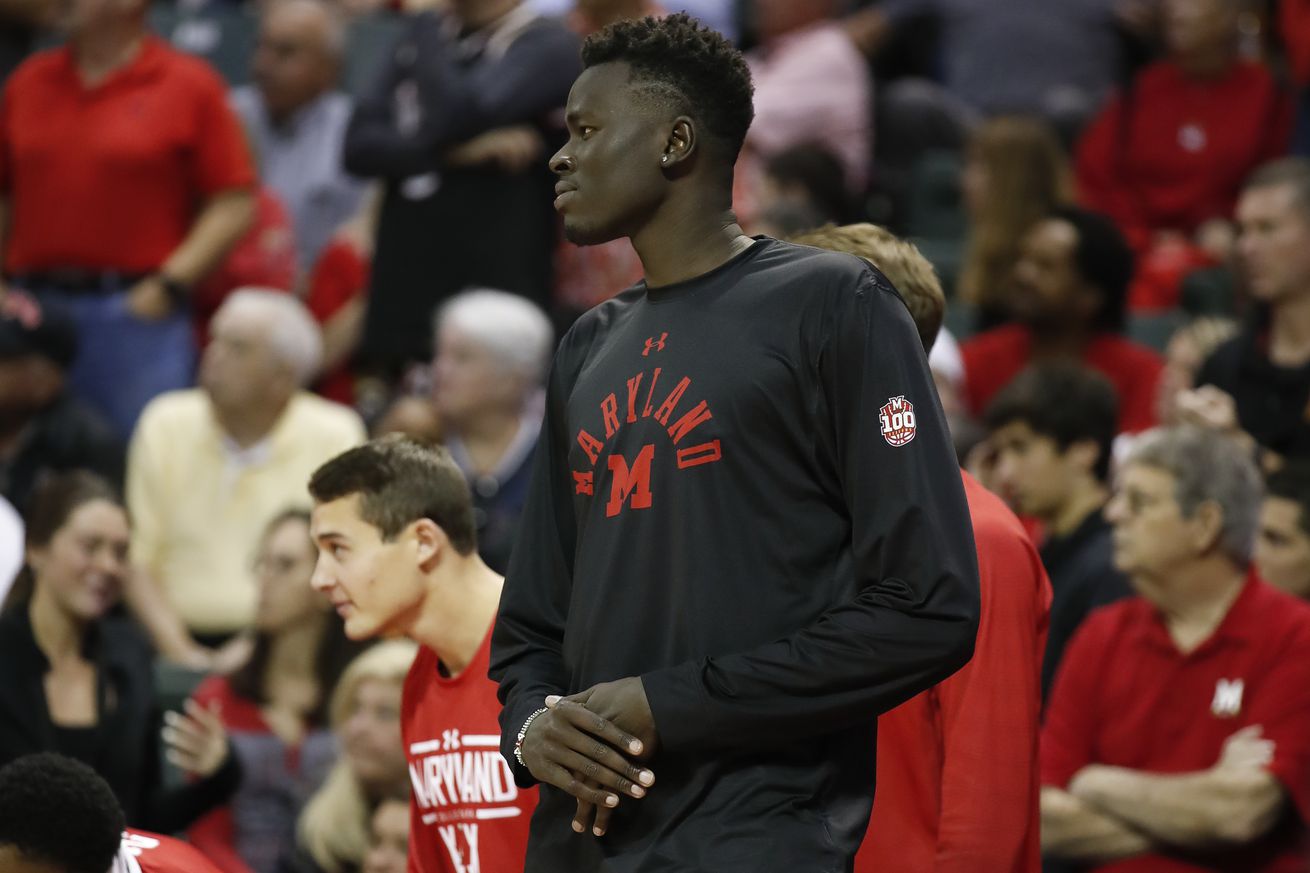 The 7’2 rookie could make his Terps debut Thursday night.

Freshman center Chol Marial will be available to make his debut Thursday night against Seton Hall, the program announced.

Marial arrived to campus earlier this year but underwent surgery in early September to repair stress fractures in both legs, which kept him off the court for the last two years of his high school career.

In November, the 7’2 big man began to progress, running up and down the court without any contact and playing one-on-one against senior forward Will Clark. Head coach Mark Turgeon recently pushed back the timeline for Marial’s return to January, but the freshman has been cleared for this game.

It’s hard to say what role Marial will have against the Pirates — Turgeon has said there are a lot of unknowns since the South Sudan native hasn’t played in a game for a while. But Marial could provide some frontcourt depth in Newark, New Jersey, in the showdown with Seton Hall. The Pirates possess a lot of size down low, including two 7’2 forwards in Ike Obiagu and Romaro Gill.