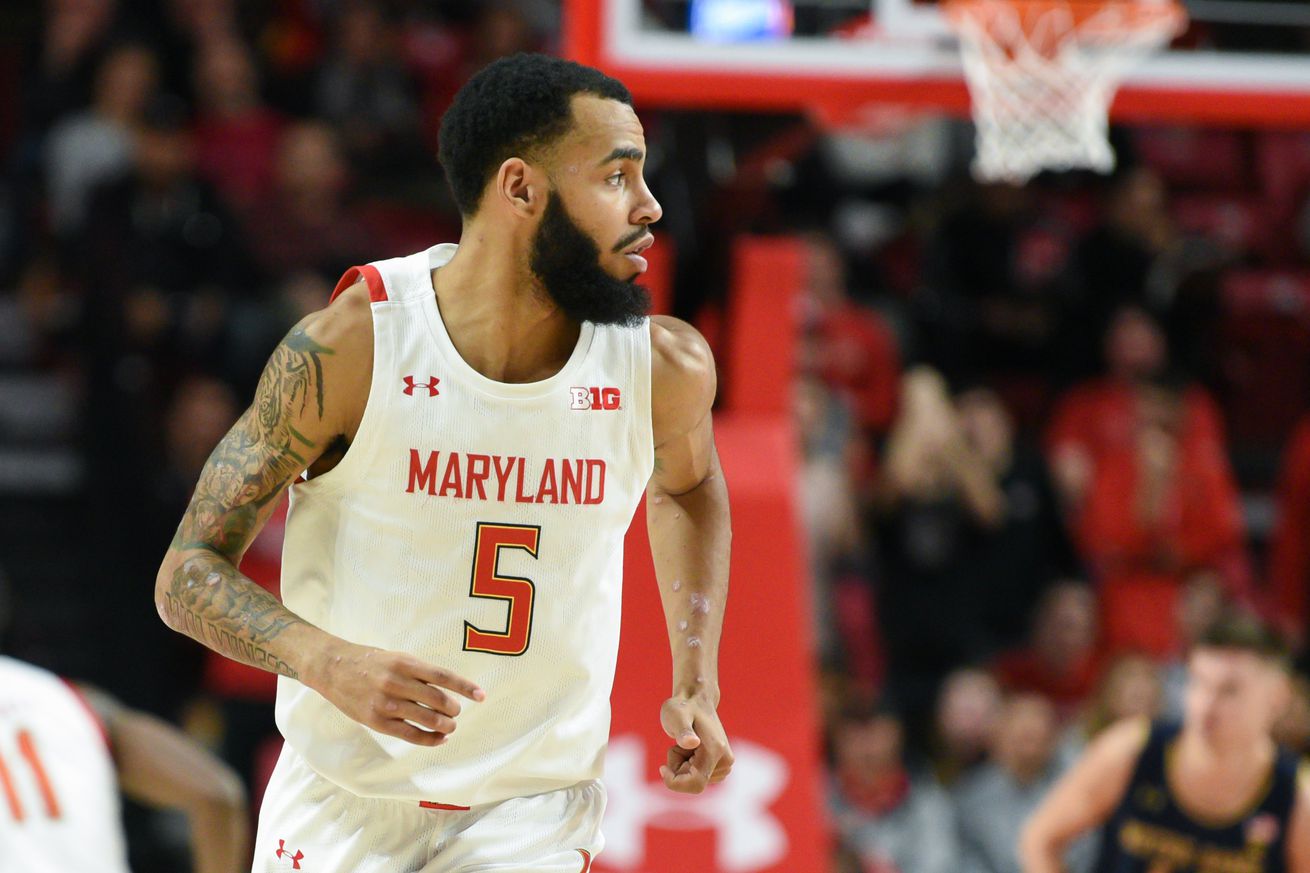 Fight Week continues with a Big Ten matchup against the Fighting Illini.

No. 3 Maryland men’s basketball will look to improve to 10-0 this Saturday when it hosts Illinois in its Big Ten opener.

The Terps most recently secured their first win as a member of the Big Ten in the Big Ten/ACC Challenge against Notre Dame Wednesday night. Sophomore Jalen Smith scored 15 points, grabbed 16 rebounds and blocked five shots, while fellow sophomores Eric Ayala and Aaron Wiggins each showed off their bounce with two thunderous slams.

After shutting down Markus Howard and Marquette to win the Orlando Invitational last weekend, the Terps continued their strong defense against major-conference programs, limiting the Fighting Irish to 51 points.

Maryland is also off to their best start since the 1998-99 season and will look to continue to prove to be one of the top teams in the nation against the Fighting Illini this weekend.

This will be the 16th meeting between the Big Ten foes, with their last meeting taking place last year at Madison Square Garden, where Illinois pulled off the upset against then-No. 13 Maryland.

The game will be televised on ESPN2 and will tip off at 5 p.m. ET.