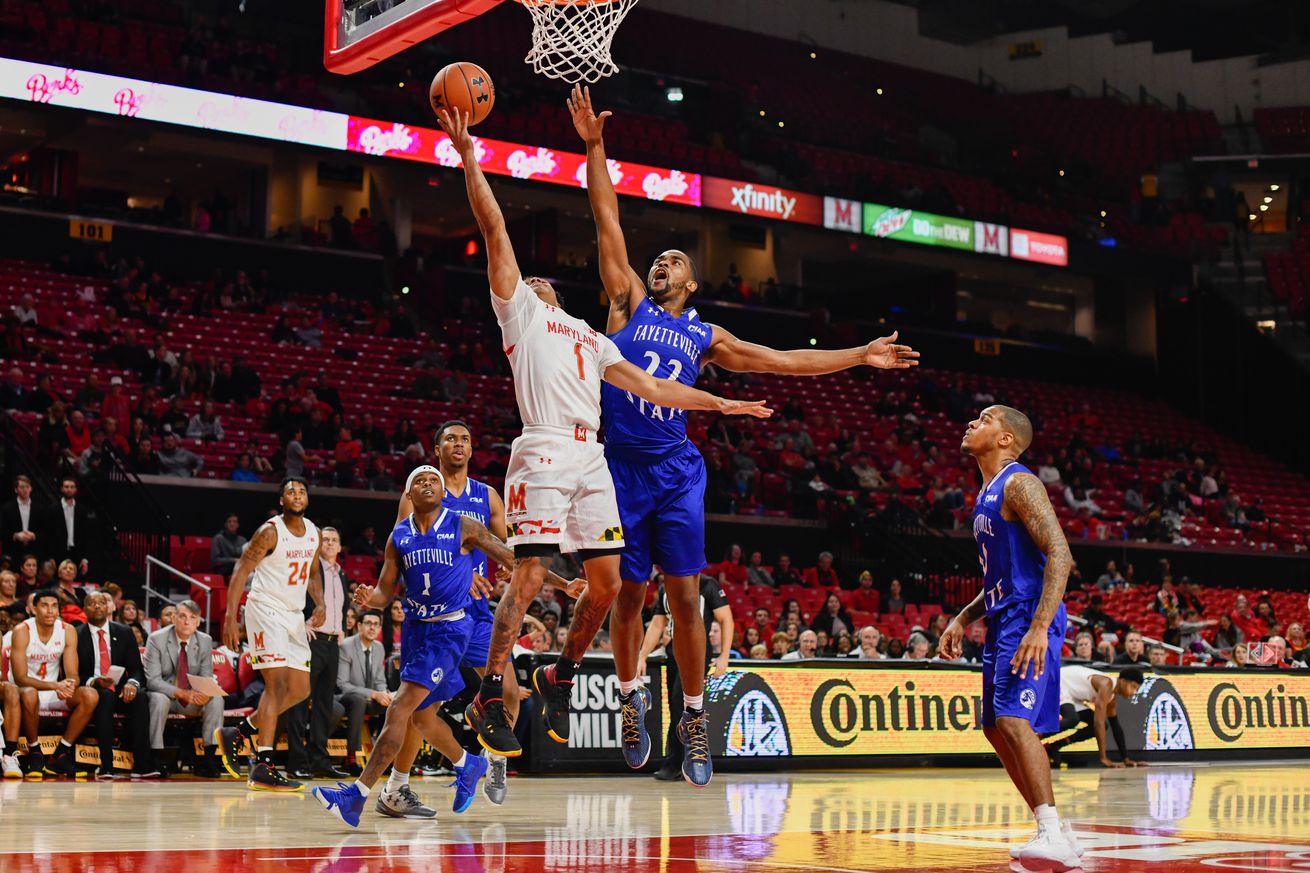 No. 7 Maryland men’s basketball looks to continue its success so far this season when it hosts the Oakland Golden Grizzlies of the Horizon League at noon on Saturday.

The Terps are coming into this game after having nearly an entire week off, as their last game was a dominant 73-55 victory over the Rhode Island Rams on Nov. 9.

However, Maryland once again got off to a slow start offensively as it struggled to keep a lead in the first half. Much of that struggle had to do with 14 turnovers in the first half alone. The second half saw a huge improvement, as the Terps only turned the ball over three more times for the remainder of the contest.

Limiting the turnovers will be a major focal point Saturday afternoon if the Terps wish to display a consistently dangerous offense that featured four players with double-digit scoring performances against the Rams.

Maryland has only faced Oakland just one time in program history, a 72-56 win for the Terps back in 2014.

The game will be televised on BTN Plus.