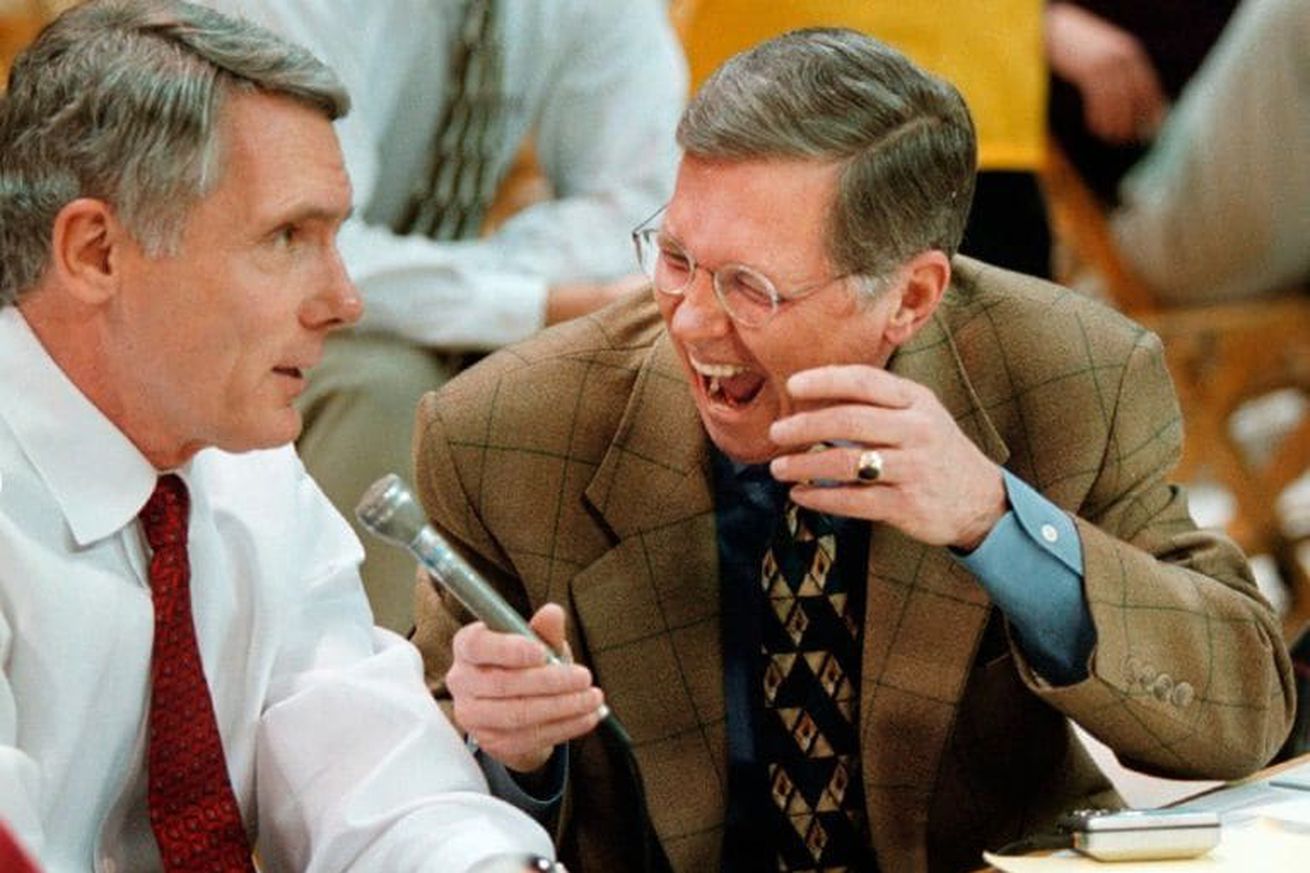 The Miami native has never turned down an opportunity, and it’s paid dividends.

The radio voice of the Maryland Terrapins was never educated in sports broadcasting and completely taught himself everything that he has learned throughout his career.

Unbelievable was the word that John Holliday Bobbitt, known professionally as Johnny Holliday, uses to describe his journey. He was given nothing, just ready to accept any opportunity that came his way.

Holliday, 82, grew up in Miami. He attended North Miami Senior High School and was part of the first ever graduating class at the institution.

At the time though, Holliday had other aspirations than becoming a broadcaster.

“I wanted to go to college and get a degree and coach and teach, that was my number one goal,” Holliday told Testudo Times. “[North Miami Senior High School] had great teachers and great coaches with us, and I kind of wanted to be like those guys, so I had to work to save money to go to school.”

When he turned 18 years old, Holliday received a phone call from someone looking for people for his radio station in Perry, Georgia.

The caller heard that Holliday had experience in broadcasting, but he never had any and still immediately accepted the job.

“Without even thinking, I said, ‘I’m your guy,’” Holliday said.

Holliday who is most known for his career in sports broadcasting didn’t start out in sports. He was first a disc jockey, which he taught himself how to do.

His work on the waves appears in the Rock and Roll Hall of Fame, and before giving up on it, he was named America’s number one disc jockey.

Holliday also self taught himself how to emcee. He emceed the last ever Beatles concert, having no idea that it would be the final time they performed together.

But he spent time around so many big artists in his time as a disc jockey that he wasn’t fazed by The Beatles.

“Because I had been around so many big artists and been able to know them and get to know them well and do things with them. The Beatles were just another group to me,” Holliday said. “It was no big deal.”

Still, Holliday’s true passion had always been for sports.

“I always knew that I could do it if I was ever given the opportunity,” Holliday said.

The first game that Holliday ever called was at his first job in Perry, Georgia. He convinced management of his station, WHK, to let him call the local high school basketball game.

“I would sit in the stands with a tape recorder and [the broadcast] had to be terrible,” Holliday said. “I had no idea what I was doing.”

His next sports job was where his career took off. He became the public address announcer for the Cleveland Browns. With an understanding that the PA position was vacant, Holliday, who has never done that kind of announcing, made a phone call to the Browns. He spoke to Art Modell, the owner at the time, who told Holliday that he listened to his radio show every day.

With a foot in the door, Holliday asked about the opening and Modell let him try out — he got the gig.

Having this experience allowed him to become the Oakland Raiders and San Francisco Warriors PA announcer. Then the Giants noticed his craft and hired him as the pregame show host on television.

Holliday attests all of this to his luck, teaching himself and one other key thing: “Right place, right time,” he said.

He later got another phone call from a network in Washington, D.C. asking if he had done baseball. And having never done so, he still said yes.

They sent him to call a college baseball game between North Carolina State and Clemson in the ACC Tournament. He did the game on television, while teaching himself how to do play-by-play.

The next baseball game he called was in the major leagues.

Again, Holliday pointed to being in the right place at the right time.

“I did one college baseball game and then I got to the major leagues,” Holliday said. “Right place, right time.”

Holliday, now in his 41st year covering Maryland, has been around some of the greatest athletes and coaches to ever step foot in College Park.

In 2002, Holliday was part of Maryland men’s basketball’s historic run that landed the program a national title.

“Every time I see him I look at his ring first,” said Anthony Cowan Jr, who has spent four years around Holliday. “Just someone with so much knowledge… Whenever I get the chance I just have a conversation with him.”

Holliday has spent time around many figures other than athletes and coaches that have enjoyed being alongside him.

Holliday also works with many figures related to the media at Maryland.

Sean Ellenby was promoted to Assistant Athletics Director for Men’s Basketball Communications in May after filling in all of last season. He works closely with Holliday dealing with all of the media outlets.

“It’s special to work with a broadcasting legend like Johnny Holliday, who is so respected in his industry for his excellence on the microphone,” Ellenby said.

Holliday has taught himself nearly everything that he has ever endured and has impacted the lives of many that he has crossed with. He is able to establish real relationships that have helped him along the way and have been crucial to his success.

“I marvel at his ability to establish relationships with people and truly care about their well-being,” Ellenby said. “Maryland is incredibly lucky to have him.”