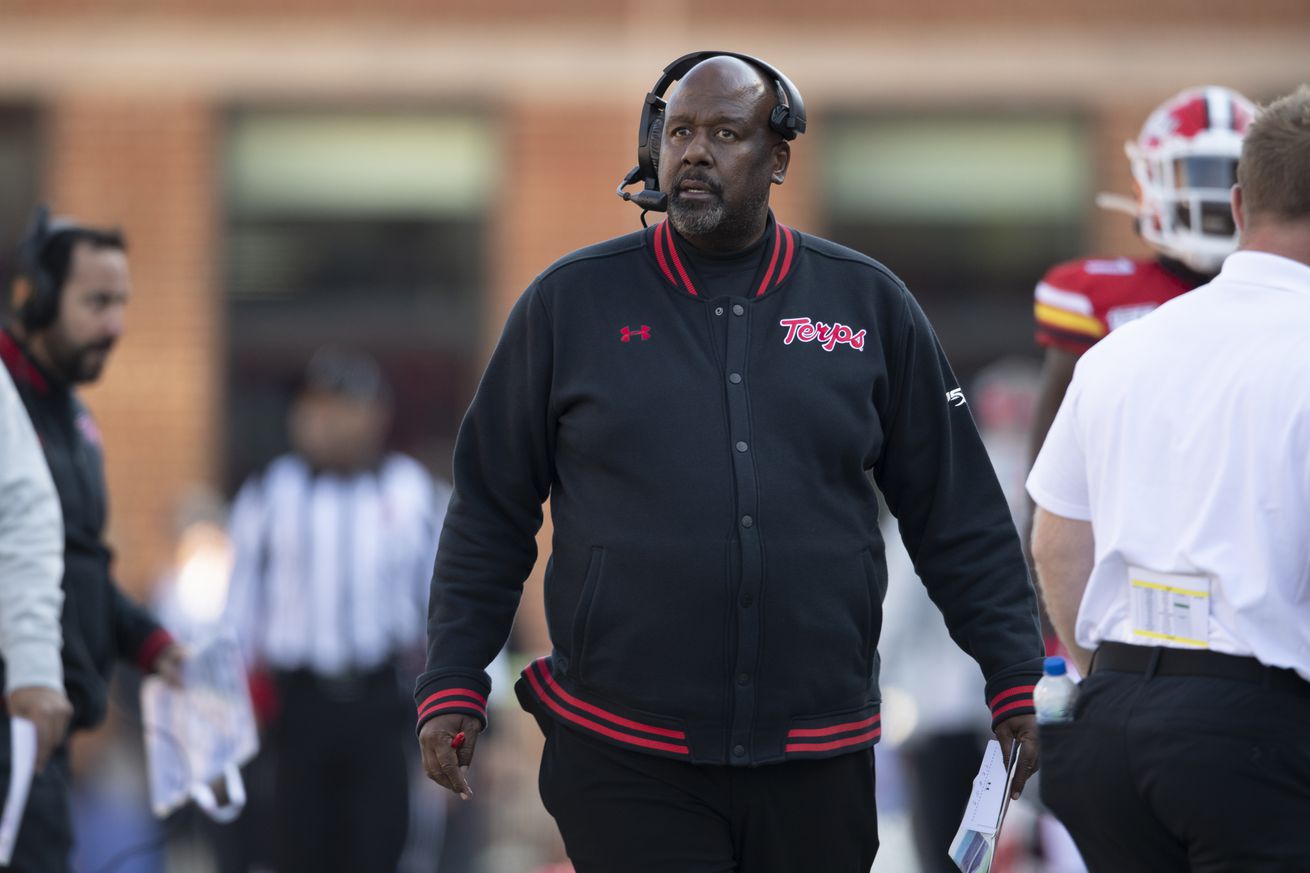 While the football program continues to disappoint the vast majority of Terps fans, confidence in the men’s basketball program remains high.

In August, we asked you to sign up for the SB Nation FanPulse community, where readers will be able to vote for their own college football top 25 poll and also participate in surveys. But don’t worry — if you weren’t able to sign up in time for the Week 14 poll, you can still join to share your input HERE.

After a 2-0 start that saw 93.3 percent of Terps fans positive about the direction of the football team, that figure has cratered to a measly 7.1 percent to end the regular season. Mark Turgeon’s squad, on the other hand, has 85.7 percent of fans confident in its direction, down a tad from a high of 92.5 two weeks ago.

Let’s start with Mike Locksley and the football program, which just wrapped up its first season of the post-DJ Durkin/Matt Canada era. While a lean campaign to kick off a total rebuild isn’t unexpected, this graph is still less than ideal, to put it rather mildly.

And despite starting 8-0 with a dominating win over Marquette to claim the 2019 Orlando Invitational, fan confidence didn’t eclipse the 90-percent mark this week. If the Terps can beat Illinois on Saturday to win their 10th game of the season in as many attempts, perhaps the rate of positive fans will be back on the rise.

Back to football. Here is the final regular season Top 25 poll as voted on by our readers.

The top-three went pretty much untouched, though Terps fans are giving due respect to Ohio State, despite it being a conference rival. LSU and the Buckeyes check in with a tie for the No. 1 spot, and Clemson rounds out the group at No. 3.

Alabama dropped heavily — from No. 4 to No. 10 — after its heartbreaking loss to Auburn in the Iron Bowl on Saturday, pushing the Crimson tide one spot behind the Tigers, who jumped up two spots to No. 9.

Most of the poll went relatively unchanged, with just a few teams having surprising finishes to their regular season. Wisconsin had the biggest jump of the week, going from No. 16 to No. 12 after a resounding 38-17 win over Minnesota to cap off another 10-win season.

The Golden Gophers ended up having the biggest non-Alabama drop of the week, falling five spots to No. 17 with their loss to the Badgers.

Just two teams entered the ranks after being absent from the poll in Week 13, as Virginia and UCF closed out their seasons with victories. Virginia Tech and Oklahoma State did the opposite, and the two dropped out of the poll from the Nos. 24 and 25 spots, respectively.

Here is the national Top 25 FanPulse poll, which is comprised off all the votes from each site of the entire college network.

LSU is the undisputed No. 1 in the eyes of the entire nation, but other than that, there isn’t much else in the way of differences from the Testudo Times poll. In fact, the only two discrepancies are the swapping of Alabama and Auburn, and the choice of UAB over UCF for the No. 25 spot.

While Utah checks in at No. 6 — behind Georgia and Oklahoma — on both polls, the plurality of fans across the nation believe the Utes are most deserving of the fourth and final spot in the College Football Playoff.

Of course, each team’s respective conference championship game will likely sort out this issue on its own.

If you haven’t signed up for the FanPulse yet, you can do that here. Be sure to join quickly, as college football season will be ending very shortly and basketball season is about to start conference play.