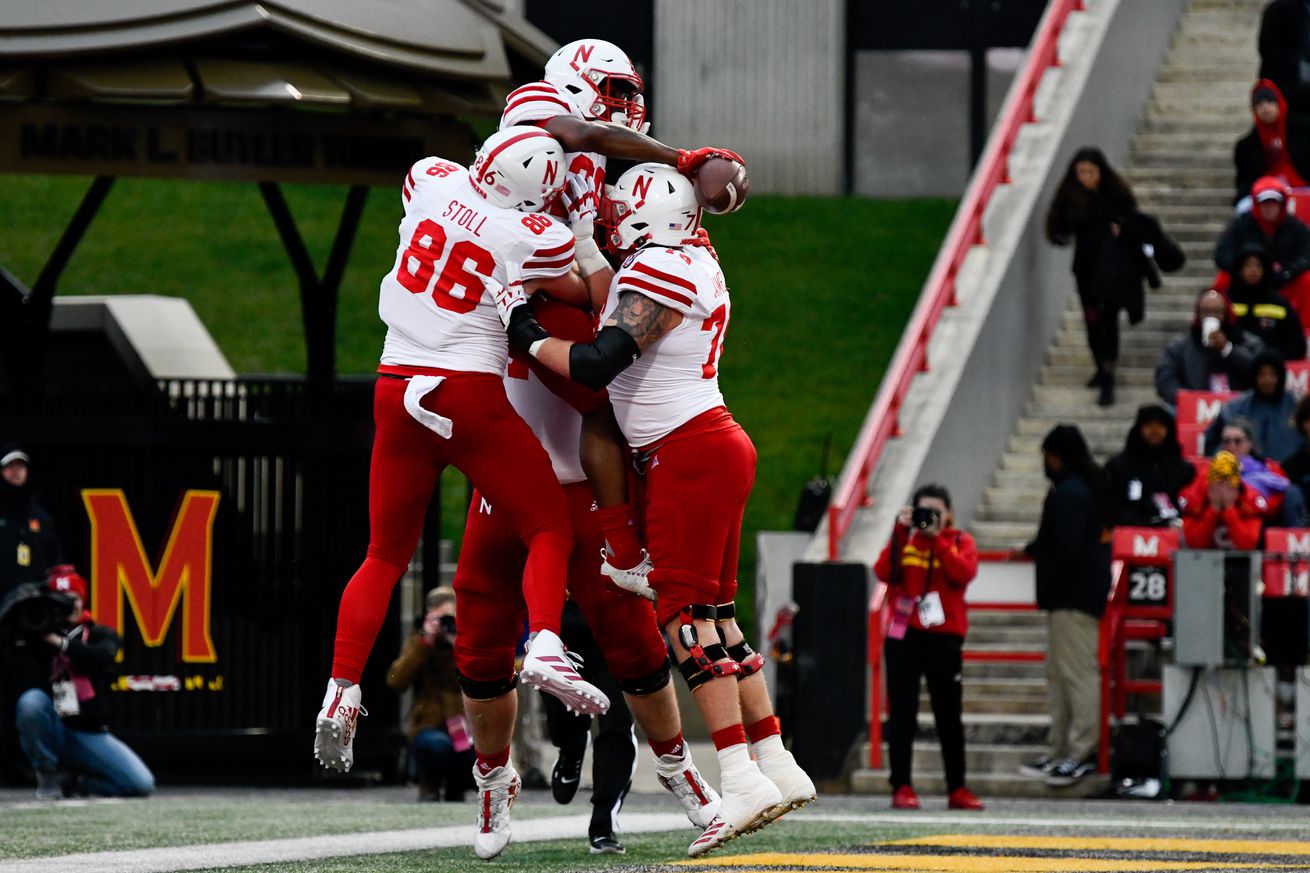 The Terps couldn’t muster up anything for the seniors’ final home game.

On Nebraska’s second kickoff of the game, head coach Scott Frost and the Cornhuskers elected to pooch it towards Maryland football’s sideline around the 22-yard line.

Running back Javon Leake — Maryland’s leading rusher, who has two kick return touchdowns this season — attempted to field the live ball, but it slipped through his hands and bounced off his leg to the Cornhuskers.

Leake’s second fumble of the day — the first coming from Maryland’s first offensive play from scrimmage after a 14-yard rush — led to a score by Nebraska that was a driving force in a 54-7 blowout of the Terps on senior day.

The Terps, who were coming off their second bye week of 2019, were only trailing by seven points through the first three drives of the game. But on Nebraska’s first punt, freshman wide receiver Isaiah Hazel attempted to jump over a Cornhusker, but fell on the player, resulting in a 15-yard penalty that extended the drive.

The costly penalty resulted in Nebraska’s second score of the game, which was capped off by 1-yard quarterback sneak from Adrian Martinez.

Continuing their drive that began in the first quarter, the Cornhuskers gifted the Terps a perfect opportunity to take away some of their momentum. On third-and-11, Martinez threw into double-coverage. The pass was tipped by defensive backs Nick Cross and Jordan Mosley before it fell into the hands of wideout JD Spielman.

Maryland’s only red zone stop came during Nebraska’s next drive when Cross stayed home on the left side of field, covering the late releasing tight end and intercepting Martinez.

The Terps’ drive from the takeaway began at the 20-yard line but resulted in a Lance LeGendre fumble at the 31-yard line, ending the drive. LeGendre exited the game with a dislocated non-throwing shoulder on that play and did not return to action.

At halftime, the Terps — with just one less win than Nebraska — trailed 34-0.

After putting up 128 offensive yards in the first half, Maryland totaled -11 yards in the third quarter, while Nebraska put up 134 total yards and 10 points.

After burning the Terps with two touchdowns through the air in the first half, Martinez shredded them on the ground, totaling 44 rushing yards in the second half. He finished the game 16-25 for 194 yards to go along with 94 rushing yards and three total touchdowns to hand Maryland an embarrassing defeat on senior day.

Despite having a rough outing with two fumbles and a muffed kick return, Leake provided Maryland with its only score of the game off of a 58-yard touchdown rush.

And with the final game of the season coming next week against Michigan State, who beat Rutgers 27-0 earlier Saturday, the Terps are in major jeopardy of finishing with their worst record since 2015 at 3-9.

1. Two struggling field goal units entered, but one propelled. Entering into the game, Maryland and Nebraska were the two worst field goal kicking units in the Big Ten. After going 12-of-14 during his freshman campaign, Terp kicker Joseph Petrino has only hit 1-of-4 this season — the worst percentage in the conference. The Cornhuskers had only hit 7-of-15 attempts in their 10 games. But today Nebraska went 4-of-4 on field goals, while the Terps never ran a play in the red zone.

Earlier this week, head coach Mike Locksley said that the team has had packages ready for LeGendre, and the team would execute them while maintaining his eligibility for a redshirt. Tonight, the New Orleans native had three rushes for 43 yards before exiting the game with a dislocated shoulder around the 10-minute mark of the second quarter.

Jackson and Pigrome combined to throw Maryland’s only passes, finishing 7-of-19 for 57 yards.

3. Terps played from behind, again. Since the matchup with Temple on Sept. 14, Maryland has not held a lead at any point in six of its last eight games, including tonight’s game against Nebraska. It’s hard enough when you’re likely outmatched in terms of talent, but when you’re in a big hole early on, it’s borderline impossible to keep things competitive.