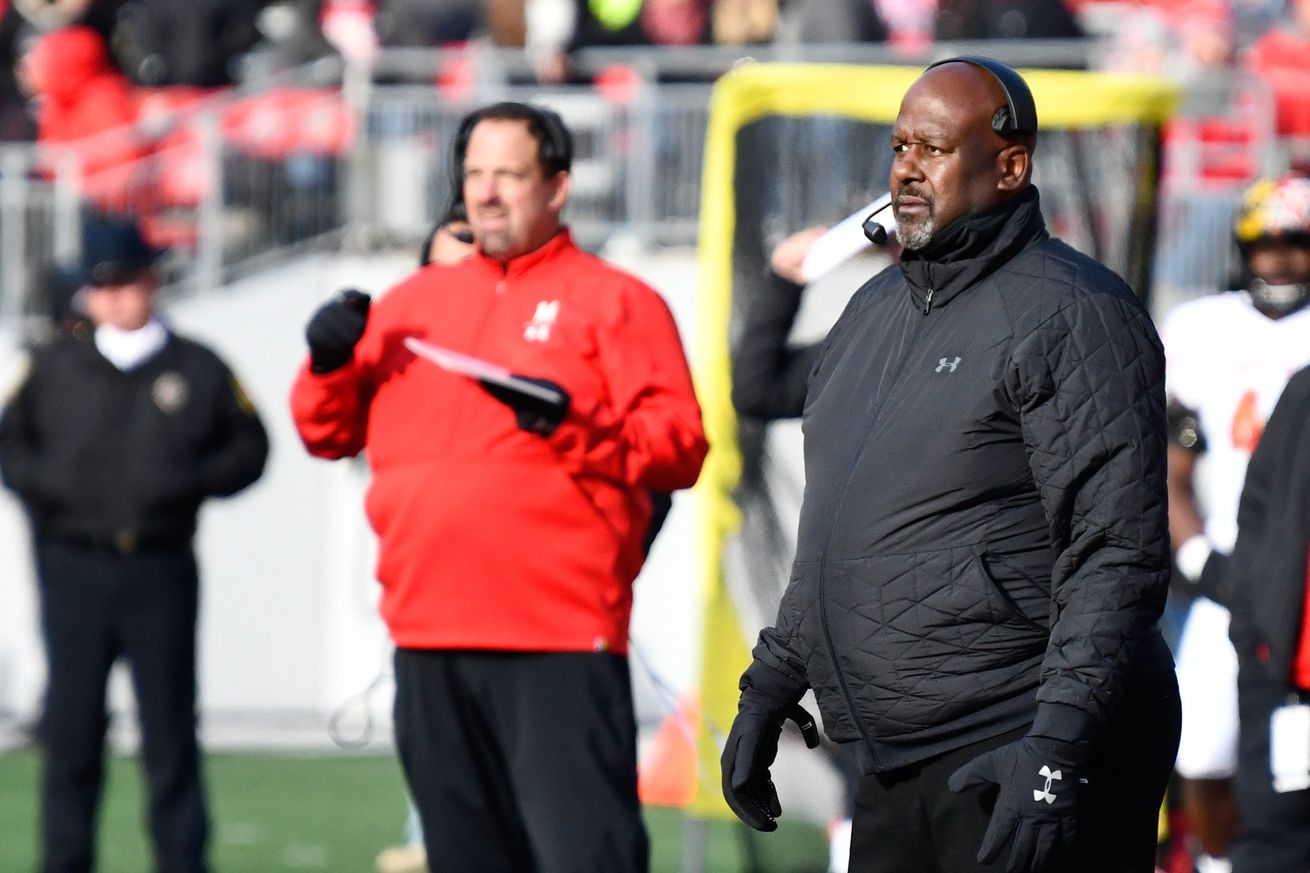 The Terps will look to send their seniors off with a win in the final home game of 2019.

After five straight losses — including a 73-14 trouncing at the hands of Ohio State — Maryland football entered its second and final bye week of the season.

Coming off the long layoff, the Terps will hope to salvage Mike Locksley’s debut season with a couple strong performances to cap off the year. First on the slate will be Nebraska, which will come to College Park for Maryland’s final home game.

“I don’t want to call it like a reset button I guess for the bye week, but it almost kind of felt like that,” sophomore wide receiver Brian Cobbs said. “Just to kind of let our bodies heal up and everything. Last week, we got a little quicker install for the opposing team — Nebraska. So I feel like coming in this week, definitely there’s a lot more focused involved.”

Saturday’s game is slated to begin at 3:30 p.m. ET, and it will be broadcast on the Big Ten Network.

Head coach Scott Frost’s transition to Lincoln as a head coach hasn’t been particularly smooth, but the Cornhuskers seem to be making strides in the second year of his tenure. Of course, Nebraska is a ways away from where UCF was in Frost’s second year in 2017 — the Golden Knights went an undefeated 13-0 in a year they claim they won the national championship. However, despite his success in Orlando, Frost decided to come to Nebraska coach his alma mater, for whom he was a successful quarterback.

“Obviously we’ve got a good Nebraska team coming in that’s fighting for bowl eligibility still and I have a lot of respect for Scott Frost and the job he has done as a coach,” Locksley said. “It’ll be a tough battle, but again, we’re excited about the opportunity and I know our guys will continue to do the things we need to do during the course of the week to be able to go out and send our seniors out the right way.”

Adrian Martinez, sophomore quarterback, 6’2, 225 lbs, No. 2. Martinez broke onto the scene as a true freshman, starting 11 games and throwing for 2,617 yards on 64.6 percent passing with 17 touchdowns and eight interceptions.

While he was expected to make a big sophomore jump, that hasn’t been the case. In eight games this year — he missed two due to an injury — Martinez has completed just 59.3 percent of his passes with eight touchdowns and seven interceptions. Martinez has made an impact on the ground, however, rushing for six touchdowns so far this season.

Dedrick Mills, junior running back, 5’11, 220 lbs, No. 26. Mills has had an interesting road to Lincoln. He was a star for Georgia Tech as a freshman in 2016, serving as the leading rusher while scoring 12 touchdowns on the year. That following August, Mills was dismissed from the team for failing multiple drug tests, leaving him without a place to play football.

Mills ended up at Garden City Community College, and after an injury-plagued debut season, he dominated in 2018 and caught the eye of Frost, who brought him aboard as a transfer. In 10 games this season for the Cornhuskers, Mills has carried the ball 107 times for 586 yards (5.5 per carry) with nine touchdowns.

JD Spielman, junior wide receiver, 5’9, 180 lbs, No. 10. Spielman doesn’t have the frame of a prototypical Big Ten wide receiver, but he’s been great for Nebraska nonetheless. He played second fiddle to all-conference wideout Stanley Morgan, but with the latter’s departure, Spielman has been able to lead the team in receiving. In 10 games this year, he has 39 catches for 760 yards and a pair of touchdowns.

Rushing offense. Mills is the team’s leading rusher, but the Cornhuskers have a diverse ground game that is comprised of multiple ball carriers. Four players have at least 300 yards rushing, and combined, the team is averaging 195 per game on the ground. That figure ranks third in the conference — only behind Ohio State and Wisconsin — and it also places 30th in the nation.

Defense. No matter what stat you look at, if it’s on the defensive side of the football, chances are Nebraska rates poorly. The Cornhuskers have given up 29.9 points per game, third-worst in the Big Ten — only ahead of Maryland and Rutgers — and it ranks tied for 83rd out of 130 teams. A similar story is told for total yardage allowed, passing and rushing defense, sacks, turnovers, etc.

1. Can Maryland’s offense finally get it going? In their last three games, the Terps have averaged just 10.3 points and 194 yards per contest. Sure, all three matchups were against then-top-15 teams, but the offensive ineptitude goes beyond competition. Whether it’s poor offensive line play or the quarterback — whichever is running the offense — making poor reads, Maryland has been abysmal in getting anything done.

2. Will Adrian Martinez break out in the air? Martinez has had an up-and-down season, at least in terms of throwing the football. An 8:7 touchdown to interception ratio is abhorrent, and it’s a big reason why the Cornhuskers have struggled this season. But to put things kindly, Maryland’s secondary has had problems due to inexperience and overall poor play. Despite Martinez’ struggles, it wouldn’t be a shock to see him get back on track.

3. How will the seniors go out? Saturday marks the final home game for the 2019 Terrapins, which means the team’s seniors — minus guard Terrance Davis, who is taking a redshirt — will play for the last time in College Park, and they’ll look to have their send-off paired with a victory.

“It’s a special day for everyone involved in I think. I know for me, it’ll be my last time ever playing here and my last time ever playing here with some of my closest friends,” Kulka said. “You get in a locker room with guys that are close knit and they all want to play for their teammate, and especially the guys that they know they won’t really see moving forward as much. And I think overall, it brings more out of you and it makes you play better too.”