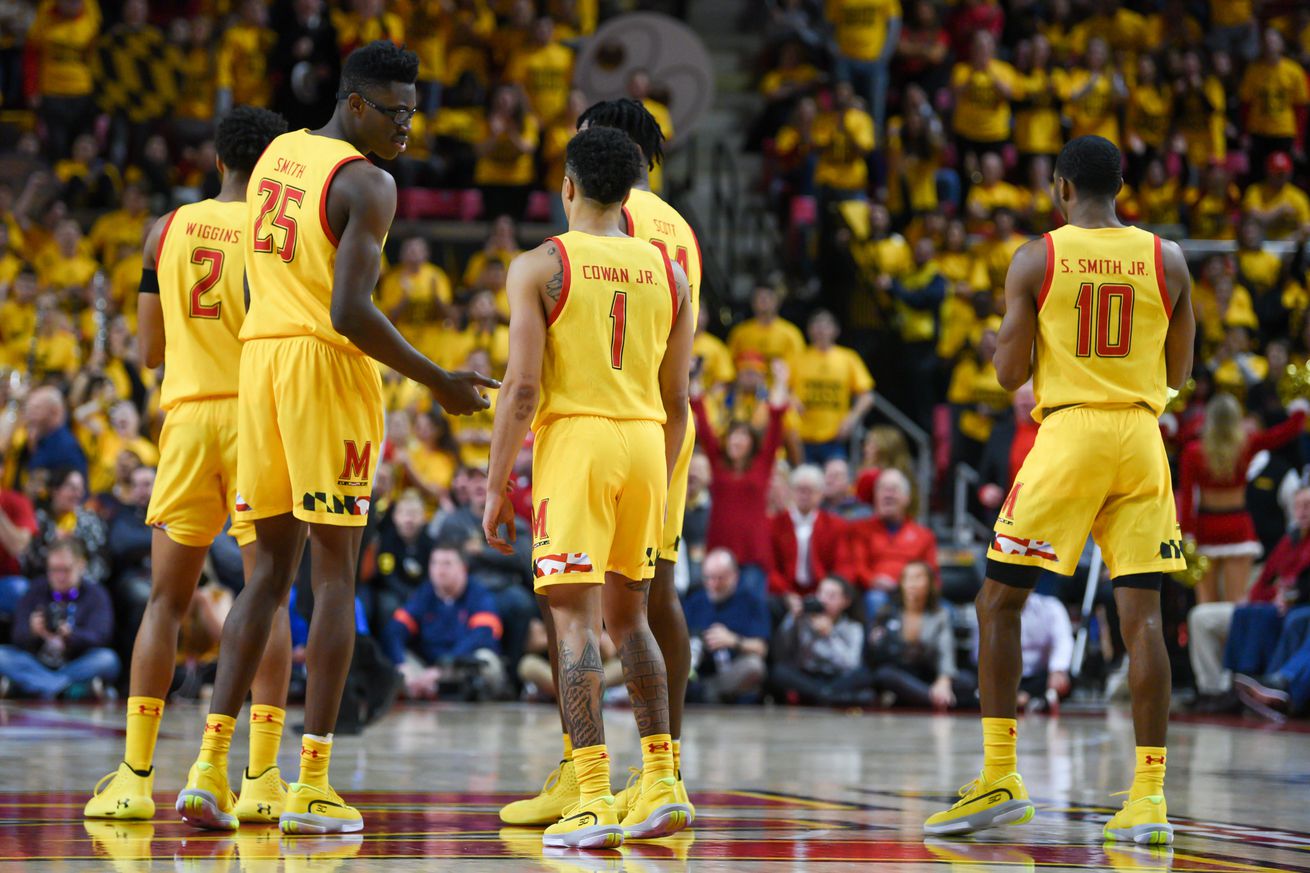 The Terps’ come-from-behind win over Illinois didn’t impress the voters, as they fall one spot to No. 4.

Maryland men’s basketball has been knocked down a peg.

Despite a 2-0 week with wins over Notre Dame and Illinois — though the latter victory was as close to a loss as possible — the Terps dropped to No. 4 in the latest AP Top 25 Poll released Monday.

The program is 10-0 for the first time since the 1998-99 season, but it didn’t look the part of an elite team on Saturday when it needed an Anthony Cowan Jr. hero act to survive an upset scare against the Fighting Illini.

Louisville and Kansas remain at the top, but Big Ten rival Ohio State jumped three spots to No. 3 after a pair of thoroughly dominant victories over then-No. 7 North Carolina and Penn State, winning by a combined 57 points.

The Big Ten is well-represented in this week’s poll, as three teams — No. 3 Ohio State, No. 4 Maryland and No. 5 Michigan — cracked the top-five. Michigan State dropped five spots to No. 16, while Purdue, Indiana and Penn State are all receiving votes.

Maryland is set to face its first true road game this week, travelling to University Park, Pennsylvania, to take on the Nittany Lions. Tipoff is scheduled for 7 p.m. ET, and the game can be watched on ESPN2.

Check out the rest of the poll here.