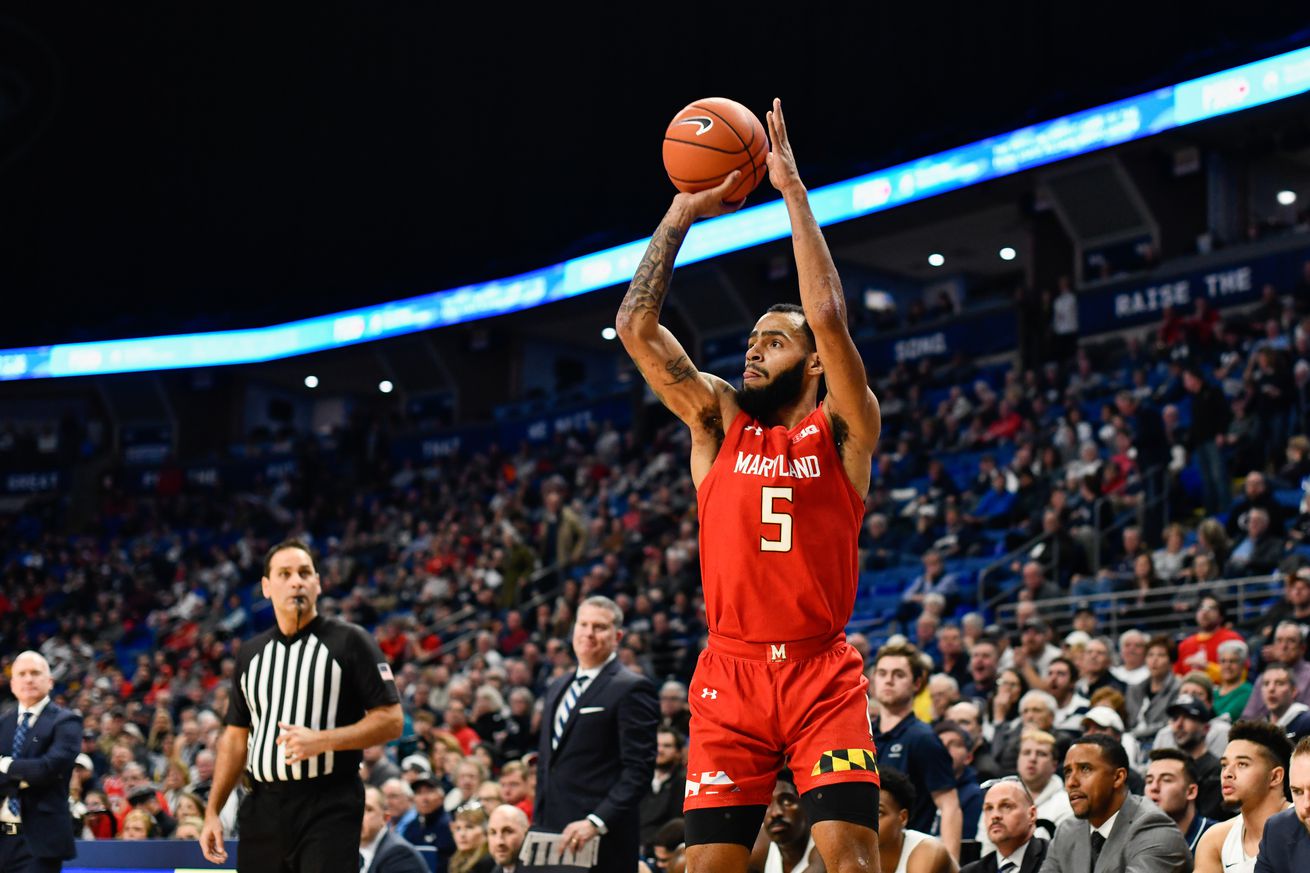 Maryland men’s basketball’s first loss of the season didn’t do too much damage to its national status this past week.

Six days after their 76-69 loss to Penn State at the Bryan Jordan Center, the Terps enter Week 7 of the season as the No. 7 team in the country, per the latest AP Top 25 Poll released Monday.

Mark Turgeon’s team — now 10-1 on the year — dropped three spots, perhaps fewer than some expected. However, given the overwhelming parity present in the early goings of the season, a single loss isn’t that detrimental.

In fact, there are now just four undefeated teams remaining in Division I, and only one of them — Auburn — is from a major conference.

Four of the top-five teams in last week’s poll suffered losses, which led to the colossal shakeup at the top of the new rankings. Kansas is the new No. 1 team in the nation, followed by No. 2 Gonzaga, No. 3 Louisville, No. 4 Duke, No. 5 Ohio State and No. 6 Kentucky.

While Maryland, Ohio State and Michigan (No. 14) all lost this past week, all remain in the poll alongside Michigan State, which jumped up to No. 15. After its win over the Terps, Penn State enters the rankings for the first time all year, checking in at No. 23. Purdue and Indiana are also receiving votes.

The Terps currently rank No. 8 in KenPom, and they clock in at No. 11 in the first edition of the 2019-20 NET (NCAA Evaluation Tool) rankings released Monday.

Maryland is headed back on the road for the second game in a row, as it’ll travel up to North Jersey to face Seton Hall — though the Pirates are down their two leading scorers in Myles Powell and Sandro Mamukelashvili and fell out of the top-25 this week.

Check out the rest of the poll here.