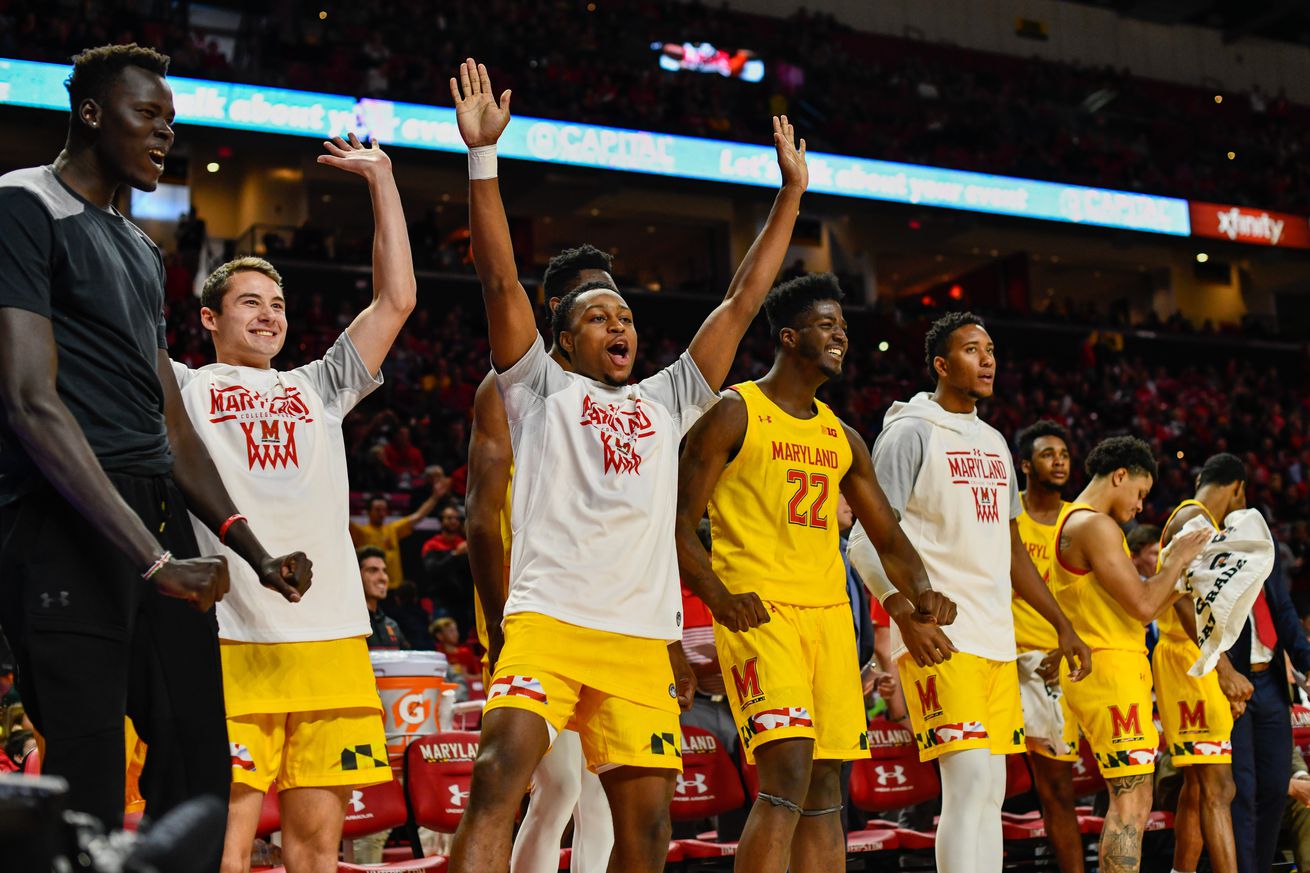 After another undefeated week — winning games over Fairfield and George Mason — Maryland men’s basketball jumped up one spot in the AP Top 25 poll, checking in at No. 5 Monday.

The Terps entered the week ranked No. 6 behind North Carolina, but were able to leapfrog the Tar Heels as the fourth week of the season gets underway. Maryland now holds a 5-0 record on the season, winning its games by an average of 22.8 points despite a slow start in each outing.

The team’s most recent victory was an 86-63 beatdown of George Mason in which the Terps closed the first half on a 19-2 run to pull away. Three days prior, they handled Fairfield in a 74-55 win.

While Maryland has looked the part of a top team thus far, it hasn’t yet played away from the Xfinity Center. That’ll change on Thanksgiving, as it’ll face off against Temple at the Orlando Invitational at 11 a.m. ET.

The top-four teams haven’t changed, as Duke, Louisville, Michigan State and Kansas remain ahead of the Terps.

Joining the Spartans and Terps from the Big Ten is No. 10 Ohio State, while four other teams — Michigan, Penn State Purdue and Wisconsin — are receiving votes.

Check out the rest of the rankings here.