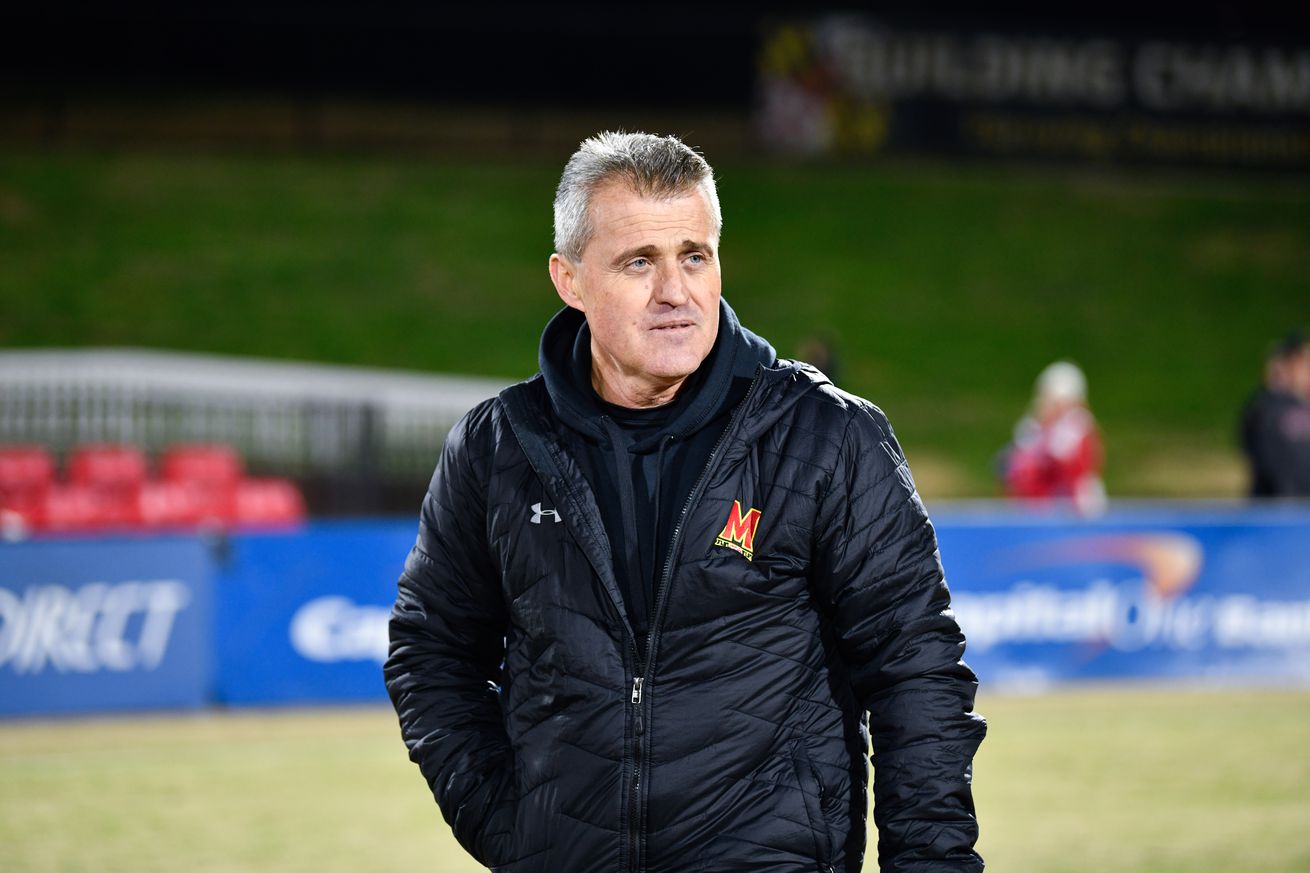 The Terps’ dreams of a title defense ended abruptly with a shutout loss to the Demon Deacons.

Trailing by one with its NCAA Tournament lives on the line, Maryland men’s soccer searched for an equalizer with 40 minutes left to play against Wake Forest in the second round.

But in the 50th minute of play, the Terps saw their College Cup hopes vanish.

Wake Forest midfielder Isaiah Parente stopped the Maryland attack from forming in its tracks, taking control of the ball and carrying it into the center of the 18 with plenty of daylight in front of him. He laid it off to midfielder Machop Chol to his left, who knocked it through with the side of his foot to extend the Demon Deacon lead, putting the Terps out of reach in a 3-0 season-ending loss.

The Terps opened the match with a similar tactical approach that yielded so much success in their 4-0 victory over Iona in the first round, aggressively pressing their opposition in an effort to jumpstart their offense. But it simply didn’t yield the same result against stiffer competition.

Trotting out the same starting eleven from its dominant win just three days before, Maryland struggled to turn defense into offense, only generating two shots and zero shots on goal in the first half of play after totaling nine shots in the first 45 its last time out.

As the Demon Deacons surgically navigated their way through Maryland’s otherwise menacing 4-3-3 formation, they owned the majority share of possession and scoring opportunities.

Led by senior midfielder Bruno Lapa and Chol, the two upperclassmen attackers presented a combination of size and speed that made things difficult for the Terp back line in the early going.

Looking more and more threatening with each opportunity, Wake Forest failed twice to convert on point blank scoring opportunities before Lapa eventually broke the tie in the match’s 26th minute.

Following a Wake Forest corner kick, the ball was played backward to senior midfielder Joey DeZart, who put one on goal from over 20 yards out. The ball knocked around through a sea of Deacons and Terps before petering out to the left side of the box, where Lapa ran it down and take advantage of Maryland freshman keeper Niklas Neumann out of position.

With a one-time flick of the boot, Lapa bank it in off of Neumann and into the goal, putting Wake Forest ahead 1-0 going into the half.

Chol’s continued to terrorize Maryland’s back line and it eventually yielded a score in the 50th minute of play, beating Neumann for the second time on the evening to double the Wake Forest lead.

Maryland fell inches short of cutting the deficit in half less than a minute later, as its subsequent possession nearly resulted in a score for Malcolm Johnston. The freshman let one from nine yards out with just the keeper in front of him, but saw his effort fall harmlessly into the arms of sophomore keeper Andrew Pannenberg to end the threat.

And while the Terps couldn’t find the two extra goals they needed, the Demon Deacons added another as the clock expired.

Following a Terp turnover in the 89th minute, defender Tater Rennhack lugged the ball across the field as almost every Maryland defender stood on the opposite end of the pitch. He dished it off to sophomore forward Kyle Holcomb, who came out on top in the one-on-one chance with Neumann, putting it past the freshman keeper for the third time of the match to punctuate the Demon Deacon victory.

1. Maryland’s 685 minute scoreless streak came to end. Having not allowed a regulation goal since the 2016 NCAA Tournament, the Terps saw their near -700 minute opponent scoreless streak come to an end in tonight’s match. Spanning two different goalkeepers and a variety of different back line mates, Sunday’s match proved that Maryland’s defense is once again mortal in NCAA Tournament play.

2. The Terp attack couldn’t maintain consistency. Though having played just three days prior, Maryland’s attack simply didn’t have the energy nor execution to put one past the Wake Forest defense in Sunday night’s match. They generated eight shots and one shot on goal, but the opportunities were too few and far between for to muster a significant enough threat.

3. A return to the College Cup just wasn’t meant to be. Despite entering the season as the No. 1 team in the country following its 2018 title, the 2019 Terps ultimately couldn’t make it past the second round of the NCAA tournament.

Maryland lost the likes of senior forward Paul Bin, freshman forward Brayan Padilla and sophomore midfielder Will Hervé for much of the season, but still managed to win double-digit games for the 25th consecutive year under head coach Sasho Cirovski.