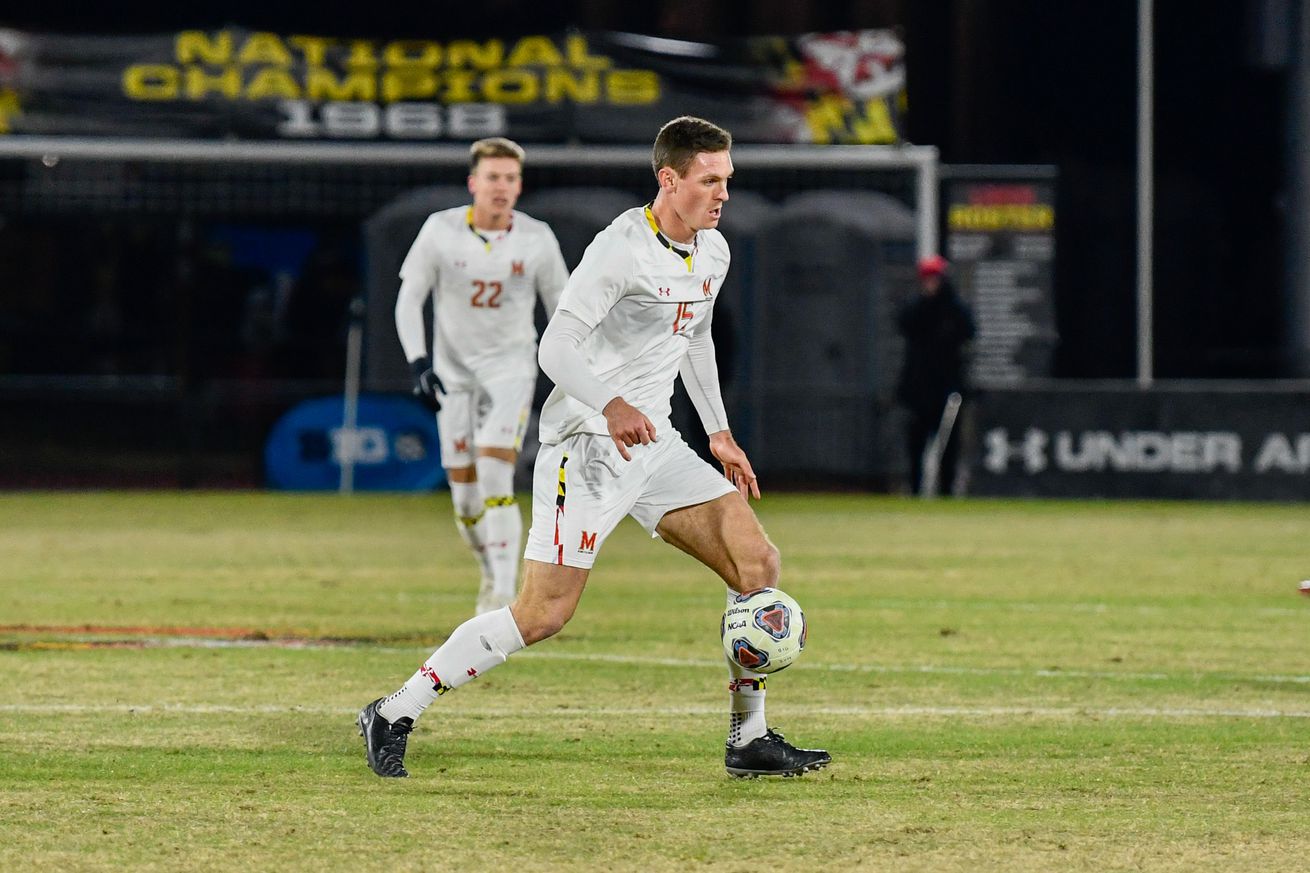 After a series of highs and lows throughout the 2019 campaign, Maryland men’s soccer is back in the NCAA Tournament and ready to host its first round opponent at Ludwig Field Thursday night.

Though the regular season closed on a sour note for them, finishing 1-3 over their final four matches, the Terps still managed to earn a bid to the postseason, hosting their first round matchup.

Their road past Ludwig won’t be easy, however, as standing in their way in their bracket quadrant are: No. 9 Wake Forest, No. 17 Michigan, No. 10 St. Mary’s and No. 6 Indiana (assuming they each move on).

“The most important thing is to not look ahead, is to focus on the present,” head coach Sasho Cirovski said. “The things we can control are our preparation and our performance against Iona and that’s it, that’s the strength of our approach.”

Thursday’s first round matchup with Iona begins at 7 p.m. and will streamed on BTN+ ($).

Head coach James Hamilton was named the program’s seventh all-time head coach back in 2016, and he has slowly built the Gaels into one of the top teams in their conference in each season since. Leading Iona to a 10-6-2 record the season before, Hamilton built on last year’s success with a 14-win season in 2019 and a MAAC Conference Tournament title, earning the Gaels their first postseason appearance in program history.

Sophomore forward Mauro Bravo (No. 8) played his way into Hamilton’s starting lineup in just his second season with the Gaels, starting just three out his first six games before starting the last 12 games of the season. And he’s rewarded Hamilton for his decision, notching a team-high 11 goals this season to go with six assists to lead the Gaels in points.

Sophomore forward Esad Mackic (No. 9) had a breakout sophomore season in 2019 as well, nearly tripling his point total from 2018 to finish second on the team behind Bravo. A tall forward at 6’2, Mackic thrived as one of the Gaels’ primary facilitators this season, leading the team in assists with eight, while adding five goals to his credit.

“Their front four are really dynamic,” Cirovski said. “But we’ve played a lot of good front fours and fives this year, and I think we’re gonna take that experience of playing against some good players and make sure tomorrow that we’re connected.”

Junior midfielder Joshua Plimpton (No. 7) is just another of several multi-faceted attackers for Hamilton this season. With six goals and five assists, Plimpton is one of five Gaels to record 15 or more points this season. Scoring a goal in each of Iona’s three MAAC tournament matches, the junior midfielder brings a creative energy to the center of the Gaels’ formation that makes defending against them a difficult task for some.

Scoring offense. The Gaels have made it as far as they have this season largely on the back of their attacking play, getting consistent offensive production out of the likes of Bravo, Mackic, Plimpton and a host of other attackers all season long. They average 1.95 goals per contest, finishing the season second in their conference in goals per game and 33rd in Division I.

Discipline. For a scrappy, upstart team like Iona, a possible downside is undisciplined play in certain areas of the pitch. Such has manifested itself in the form of innumerable fouls and yellow cards, with Iona receiving the sixth most bookings in Division I this season with 45. The Gaels also have committed more fouls per game than any other Division I club, averaging 17.4 to rank dead last in that category.

“I think the most important thing right now is to make sure that we have good performances from the majority of guys every game, that was the strength of last year’s team,” Cirovski said. “Anytime we can get eight or nine of our starters having a good game, we’ve got a good chance to beat anybody.”

2. Can they send off the seniors with one last win at Ludwig? With this being the final home match for Eli Crognale, Johannes Bergmann and Mike Heitzmann, the selection committee’s pairing of the Terps and a mid-major like Iona gives Maryland one last shot at sending its decorated seniors off with a win. Although failing to secure a win at Ludwig Field since Oct. 21, the Terps have one final opportunity to defend their home pitch on Thursday night.

“It definitely hasn’t set in yet but it’s gonna be weird once it’s over,” Crognale said. “It’s gonna be a good feeling just knowing that I’ve grown and progressed and just kinda became the person I am today on this field.”

3. Can the offense find its stride again? After the final five games of the regular season saw the Terp offense rattle off 10 goals, Maryland’s attacking play has soured a bit over the previous two contests. Totaling just 14 shots, five shots on goal and a single goal (off of a PK) in Big Ten tournament play, Maryland will need its offense to begin producing like it has for stretches this season — especially against a high-scoring club like Iona.

“We’ve kind of lost a lot of our pressing mentality, and kind of working hard up top so we obviously wanna get that back,” junior forward Eric Matzelevich said. “But then also just being more clinical in the final third … and to just have that final pass, have that final shot be a bit better than what it’s been.”