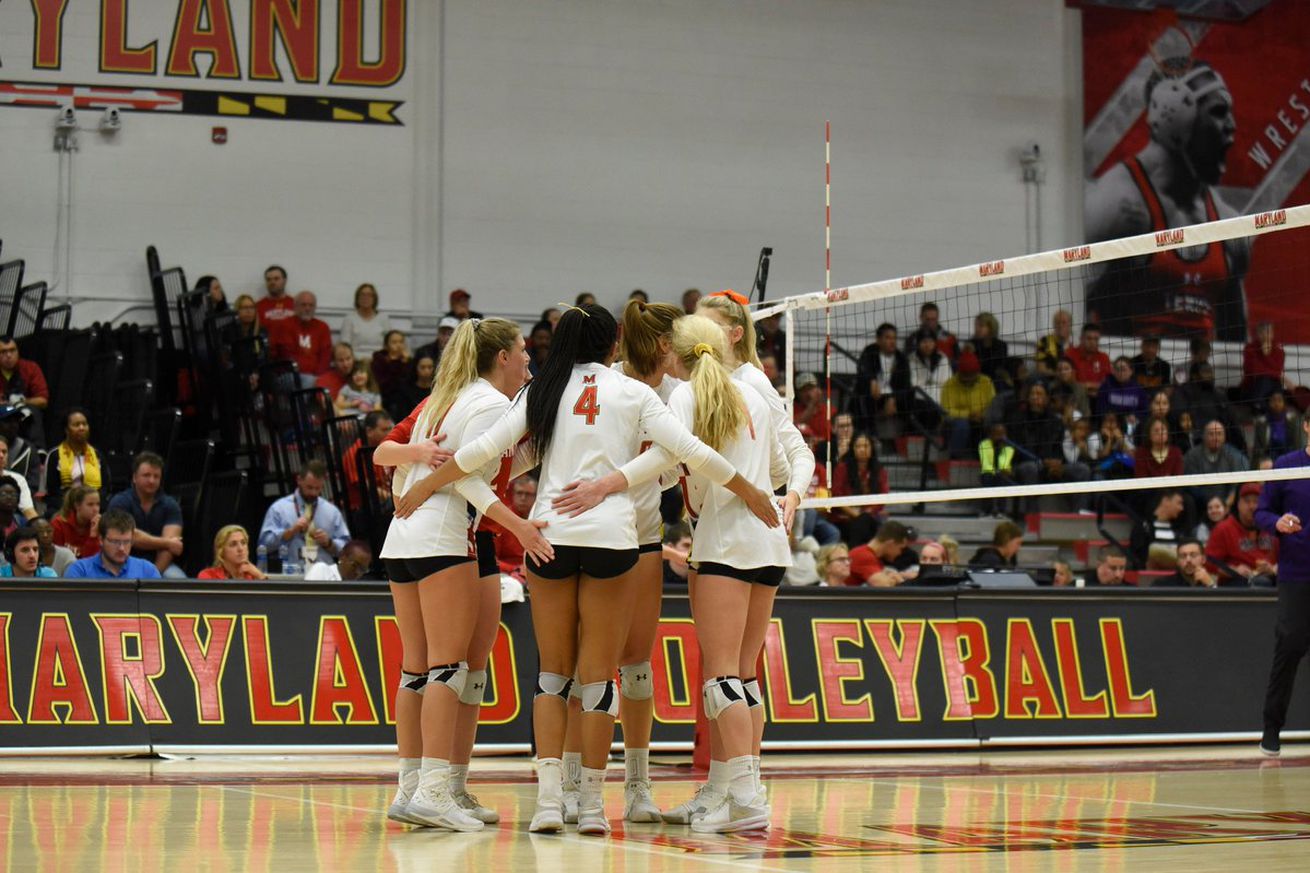 The Terps finish up the 2019 season with matches at No. 6 Nebraska and Iowa

The 2019 season comes to an end for Maryland volleyball as the team hits the road to face No. 6 Nebraska on Friday and Iowa on Saturday.

The Terps has a disappointing end to their home schedule, finishing with six straight losses, including last weekend’s defeats at the hands of No. 25 Illinois and Northwestern.

Both games will be streamed on BTN+.

Head coach John Cook, now in his 20th season with Nebraska, has guided the Huskers to a 20-plus win season every year he’s been in Lincoln. Cook has a 584-80 record since joining the program in 2000 and a 146-32 record since Nebraska joined the Big Ten in 2011. He has helped build up the winningest volleyball program in NCAA history, having won four national titles in his Nebraska tenure.

Lexi Sun, junior outside hitter, No. 11. Sun is the best attacker on Nebraska and one of the best in the conference. She’s hitting .274 this season, leading the Huskers with 356 kills and 3.56 kills per set. She’s sixth in the Big Ten in both categories. On Oct. 19, Sun hit .417 with 12 kills in a straight-set win over the Terps.

Callie Schwarzenbach, sophomore middle blocker, No. 25. Schwarzenbach is one of the more efficient hitters for Nebraska this season, hitting .282 with 123 kills, including five against Maryland. She’s one of the leaders in the conference with 106 blocks and 1.10 blocks per set.

Madi Kubik, freshman outside hitter, No. 10. Kubik is second on Nebraska with 273 kills, including hitting .333 against the Terps with 10 kills. On the defensive end, Kubik is third on the team with 252 digs this season and 2.51 digs per set. In her last three matches, she’s averaged 16 digs a match and 3.69 digs per set.

Head coach Vicki Brown is in her first season as Iowa’s head coach. Brown served as interim head coach for three months after former head coach Bond Shymansky violated NCAA rules with player recruitment. On Sept. 26, Brown was officially named head coach, her second year of coaching. She previously coached indoor and beach volleyball at San Francisco during the 2016-17 academic year. Brown has a combined 13-47 head coaching record and has been with Iowa since 2017.

Hannah Clayton, sophomore middle blocker, No. 18. Clayton is currently fourth on the Hawkeyes with 132 kills this season and her .259 hitting percentage is third on the team for players with 200 total attacks or more. Most importantly, Clayton leads Iowa with 77 blocks this season.

Amiya Jones, sophomore middle blocker, No. 9. Iowa has a strong middle blocker duo in Jones and Clayton. Jones is third on the team with 169 kills, but her .298 hitting percentage leads the team. She’s also second to Clayton this season with 57 total blocks.

1. How will Maryland respond against Nebraska? The Terps had two strong chances to win matches last weekend but failed to win either. This weekend doesn’t start easy, with a trip to Lincoln in front of over 8,000 fans against the Huskers first up on the slate. It’s going to take a lot to have a chance against a top-10 team like Nebraska.

“When you play someone at that kind of level, they force you to be the best of you,” Hughes said. “They force the most out of you and if you don’t have your full commitment from the group, then they present some challenges for sure.”

2. Will the Terps come into Iowa fatigued? The difficulties of the Big Ten schedule come down to the final weekend as Maryland will play two matches in the span of 24 hours. If Maryland is unable to recover from Nebraska, with travel ahead of them to Iowa, the Hawkeyes will take full advantage.

“Even though it will be quick, we’re gonna really only focus on one team at a time. We only focus on going 1-0,” junior setter Nicole Alford said. “As soon as that Nebraska match is over, then it will be all eyes on Iowa.

3. Can Maryland make some end-of-the-season noise? Maryland isn’t playing for a spot in the NCAA Tournament or the chance to finish the season at .500 or with a winning record. Despite that, there are still two games left and the Terps are going to be pulling out all the stops to end the season on a positive note.

“I wanna empty the tank for this year,” Alford said. “This season isn’t what we expected. It didn’t go the way that we wanted, but I think we learned a lot of things along the way. The most important thing is that it’s not over.”