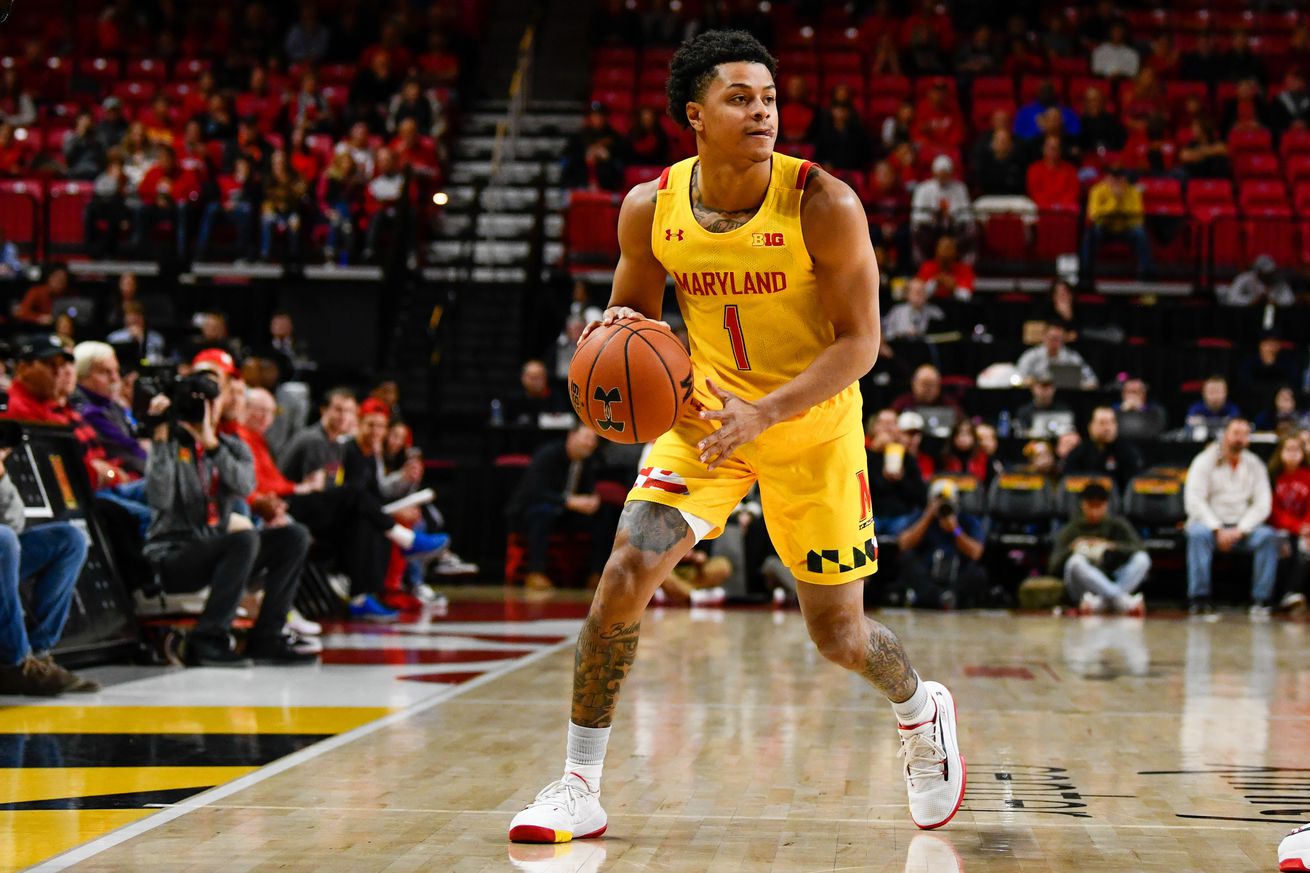 With his 12-point performance, Cowan passed James Gist as the 20th all-time leading scorer in program history — he now has 1,424 points on his career as a Terp.

The guard hit three shots from beyond the arc in the contest, the second of which pushed him past Walt Williams for the 11th most made three-pointers in program history at 155. He now has 156 made as a Terp.

With lots more basketball left to be played this season, Cowan will without a doubt continue to move up the ranks. He is now 13 points away from passing Jake Layman for No. 19 on the scoring list, as well as 21 more deep shots from passing Drew Nichols to become 10th on the all-time three-pointers made list.

The senior is currently averaging 12.3 points per game this season, and if he continues on that pace through the regular season alone, he could slot himself as the 11th highest scorer in program history.

The No. 6 Terps took down Fairfield 74-55 last night, gaining big sparks from the defensive end.

Entering that contest, Aaron Wiggins had three steals in three consecutive matchups. I wrote about his improvement on the defensive end.

Jordan has your weekly Terps in the NFL update. Stefon Diggs stole the show this week.

Maryland men’s basketball put out some highlights from the victory Tuesday. We’ll have a recap and gallery coming later today.

No. 9 Maryland women’s basketball put out a video to let fans get to know the people behind its team a bit better.

Johnny Jordan, who started at center for Maryland football for much of this season, won’t be on the field in a Terps uniform again this season.

Locksley says that center Johnny Jordan won’t play the rest of the season as he deals with “personal issues.”

Jordan was off the depth chart this week, but Locksley says Maryland will continue to support him as part of the “football family.”

Leading us on Senior Day!

Though unseeded, Maryland men’s soccer is excited to start its title defense in the NCAA Tournament this week.

“We start on Thursday”

And backing the Terps up in goal will be Niklas Neumann, who has had a solid freshman campaign.

Niklas Neumann has been on . #Excellence pic.twitter.com/bHyFTR6UTb

“We like the leadership group because they all bring different mentalities to the table.”

His team will celebrate Samantha Snyder on Senior Day this Sunday against Northwestern.

Help us recognize Samantha Snyder and our other seniors during Senior Day on Sunday vs. Northwestern!#FearTheTurtle pic.twitter.com/IJ4kRtRuqB